Running the Maze That Isn’t There 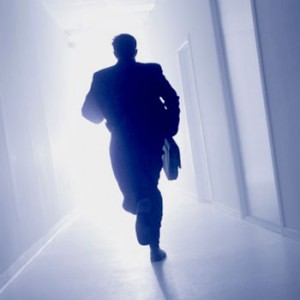 If practice did not make perfect, nor habit economize the expense of nervous and muscular energy, [we] would therefore be in a sorry plight.     William James

William James (1842-1910) was a psychologist when the young science of human behavior had much to learn. Today we know that habitual behavior can be both life enhancing or self-destructive. We can, for example drive our cars across town without wasting energy attending to everything in our environment. Add the habit of using our cell phone and a mundane trip in the car can end in disaster.

Those of us who are students of Simple Reality are learning that we are not at the mercy of our habits.  We can master our reactions which are a product of our false-self survival strategy that we created and can re-create. However, to try to do so without first changing the old paradigm will not work with the more deeply conditioned habits which are usually the most self-destructive. Nor will our coping strategies, e.g. meditation or psychotherapy, be successful in the long run without a change in identity associated with the paradigm in which we are contained. There is a nexus where psychology and metaphysics meet that can help humanity change the direction in which the people of the global village are headed. We have yet to reach that intersection.

Charles Duhigg, the author of the New York Times article used in the essay preceding this one has also written a book much more sophisticated in its understanding of human behavior than anything James could have imagined a hundred years ago. The Power of Habit: Why We Do What We Do in Life and Business draws from the fields of social psychology, clinical psychology and neuroscience; and yet has a ways to go to catch up with the insights related to human behavior revealed by Buddha 2,500 years ago.

Because he underestimates how deeply imbedded our survival strategy conditioning is in every aspect of human life, Duhigg tends to be overly optimistic about changing that conditioning. “… we can influence group behavior, turning companies into profit makers and ensuring the success of social movements.”  Not yet we can’t; we are not even close to changing our most deeply ingrained conditioning and our most self-destructive habits.

Duhigg does acknowledge the influence of the prevailing story of a community in creating resistance to safety procedures such as wearing seatbelts. “In the not so-distant past, for example, Americans habitually failed to wear their seat belts—in 1984, 86 percent failed to buckle up. By 2010 this “habit” had flipped, such that 85 percent of people now wore seatbelts.”  By 2010 most Americans were no longer reacting to and resisting the “should” messages of the media and fellow community members. Why? One explanation according to Duhigg is the “peoples’ interpretation of a situation according to what it means for them and how it fits into the narratives they tell themselves.”

Because the narrative, the societal worldview, had shifted for 85 percent of the population, their attitudes, beliefs, values and afflictive emotions had been modified so that they could respond to the reality of their new outlook or the prompt signal in their cars.

“Once you understand that habits can be rebuilt, the power becomes easier to grasp, and the only option left is to get to work.”  Duhigg comes up short on the exact practices to be employed when we are ready to “get to work.” This is because the interventions devised by psychologists since the time of James through Freud and Jung have been ineffective. The P-B worldview, the context in which psychologists operate, is leading humanity in a direction which compounds our behavioral problems rather than solving them.

For example, here is how psychotherapy has evolved in the context of P-B. “The waning of psychotherapy has clear roots in the rise of psychopharmacology. Drug companies have been hard at work over the past three decades, marketing meds to troubleshoot our faulty brain chemistry. As managed care has compelled more and more psychiatrists to trade their notebooks for prescription pads, the classic image of the patient on the couch has been replaced by a man with a pill in his palm.”  Whether brain chemistry is faulty or not is irrelevant in P-A where the primacy of compassion mitigates the effects of the old paradigm enabling each person to modify habitual conditioning empowered by a new identity and effective practices.

If we continue our pattern of human conditioning lost within the maze of the three-step loop described by psychologists, our future looks bleak. First, we react to the cues resulting in our pursuit of materialism, pleasure and power. Then we are stuck in the maze or routine of our false-self survival strategy unable to find a meaningful reward. Our narrative doesn’t contain a map of the maze. It has no connection to our own inner wisdom, our heartfelt Self-realization that would guide us if we could awaken to Simple Reality. Instead, we live in a heartless universe, the hellish maze of the old narrative filled with dissatisfied, crazed rats. We scurry about looking for meaning, for Simple Reality which mystics can provide but psychologists cannot. The rats will never find their way out of the maze of P-B; they must remove themselves from and transcend the conundrum of form and stop believing in that which exists only in their conditioned minds. We are not lost, there is no maze, there is no hell, and there is no suffering.