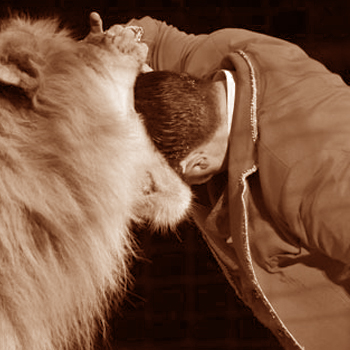 From the perspective of P-A every aspect of the story of human achievement will have to be rewritten and reinterpreted. Nothing will mean what it meant in P-B. To even attempt such an undertaking we would do well to acknowledge the caveat of the great historian Will Durant. “A history of civilization shares the presumptuousness of every philosophical enterprise: it offers the ridiculous spectacle of a fragment expounding the whole. Like philosophy, such a venture has no rational excuse, and is at best a brave stupidity; but let us hope that, like philosophy, it will always lure some rash spirits into its fatal depths.”  We trust these “depths” will not be fatal but rather very healing.

Voltaire said, “I want to know: what were the steps by which men passed from barbarian to civilization?” We want to know something even more important: what steps will be necessary for humanity to pass from unconscious self-destruction to a sustainable experience of Simple Reality? Examining how we got to where we are and how different choices could have been made will be instructive in that regard. Humanity has yet to fulfill its destiny and will have to find a way to survive in order to do that.

Obviously, humankind got off to a bad start enthralled by the false self-survival strategy in the context of P-B. Instead of a story with Oneness as the guiding principle in a friendly and supportive Universe, we chose to construct our reality in what appeared to be a dangerous and competitive environment. As Will Durant confirms, only fear was strong enough to overcome our deeper, truer compassionate nature. “He combines with other men because isolation endangers him, and because there are many things that can be done better together than alone; in his heart he is a solitary individual, pitted heroically against the world. If the average man had had his way, there would probably never have been any state. Even today he resents it, classes death with taxes, and yearns for that government which governs least. If he asks for many laws it is only because he is sure that his neighbor needs them; privately he is an unphilosophical anarchist, and thinks laws in his own case superfluous.”  Sound like anyone you know?

The second institution besides government to become an impediment to the experience of Simple Reality was religion. “The priest as magician,” says Durant, “had access, through trance, inspiration or esoteric prayer, to the will of the spirits or gods, and could change that will for human purposes.”  And priests being human with a false self found that the gods wanted them to have more material wealth and power. “Religion begins by offering magical aid to harassed and bewildered men; it culminates by giving to a people that unity of morals and belief which seems so favorable to statesmanship and art; it ends by fighting suicidally in the lost cause of the past.”  In the march of human history at this point we have two failed institutions of P-B (government and religion) defining the unsustainable future for humanity. We are not so concerned with time, ironically, in this account of history but with the unfolding of illusion in the human mind.

We should pause at this point in our overview of the human narrative to consider the distinction between transformational or revolutionary change and transcendent change. “In one sense all human history hinges upon two revolutions: the neolithic passage from hunting to agriculture, and the modern passage from agriculture to industry; no other revolutions have been quite as real or basic as these.”  We can forgive Will Durant his inability to know about transcendent change, that was not his area of expertise after all and as an historian he is serving our purpose admirably well. The shift from P-B to P-A is much more profound than a transformational change.

Historical revolutions are a product of the human intellect working in the world of the relative, the paradigm of form both physical and mental. Transcendent change involves leaving the world of space/time, entering the present moment and experiencing our inner wisdom which connects us to the ongoing unfolding of creation, an experience of ultimate Simple Reality. And now back to the unfolding of human history in P-B.

Time is not completely irrelevant. We can use it to get a sense of the flow of human experience that is so necessary to many a good story. Let us check in to the story of human kind somewhere around 3000 B.C.E.  Here we have a good illustration of the illusion of the other. When humanity decided the universe was unfriendly, then competition with other human beings for power, security and status became a common human behavior pattern. “In the competition of these two primeval centers [Kish and Ur] we have the first form of that opposition between Semite and non-Semite which was to be one bloody theme of Near-Eastern history from the Semitic ascendancy of Kish and the conquest of the Semitic kings Sargon I and Hammurabi through the capture of Babylon by the ‘Aryan’ generals Cyrus and Alexander in the sixth and fourth centuries before Christ, and the conflicts of the Crusaders and Saracens for the Holy Sepulchre and the emoluments of trade, down to the efforts of the British Government to dominate and pacify the divided Semites of the Near East today.”  (Durant was writing this in the 1950’s)

U. S. troops are often called “Crusaders” by Middle Eastern Muslims today (2009) and the ages-old conflict is updated by the conflict between Israelis and Palestinians. We have only to substitute “American Government” for “British Government” to update the changeless pattern of Near Eastern history.

The Near East was the cradle of Western Civilization and seems to have set the pattern as this description harshly suggests: “To a distant and yet discerning eye the Near East, in the days of Nebuchadnezzar, would have seemed like an ocean in which vast swarms of human beings move about in turmoil, forming and dissolving groups, enslaving and being enslaved, eating and being eaten, killing and getting killed endlessly.”  That was life in P-B then and it is life in P-B today. It is not our fundamental nature to behave like that, we simply have not chosen the best narrative, which has determined an identity that is an illusion and that identity drives our self-destructive behavior.

Of course, all of so-called history is in the eye of the beholder. We project our story onto the narrative that we imagine happened using the stories that we have been told and the physical evidence that remains to glorify and romanticize that which we want to have happened for our own false-self sensation center purposes. Take the Egyptian pyramids for example. “It is the memory and imagination of the beholder that, swollen with history, make these monuments great; in themselves they are a little ridiculous—vainglorious tombs in which the dead sought eternal life. Perhaps pictures have too much ennobled them: photography can catch everything but dirt, and enhances man-made objects with noble vistas of land and sky. The sunset at Gizeh is greater than the pyramids.”

The ego-driven false self is oblivious to the ominous fact of impermanence. The Roman emperor/philosopher Marcus Aurelius despite his status and power did not let that illusion blind him to the deeper realities of life and history. “Short then is the time which every man lives, and small the nook of the earth where he lives; and short too the longest posthumous fame, and even this only constituted by a succession of poor human beings, who will very soon die, and who know not even themselves, much less him who died long ago.”

Returning to ancient Egypt, we can again ponder how some tribes, empires and nations have been driven to amass material wealth, power and control over others, and to seek the admiration of others when all of this effort does not result in even the simple joys of solitude and silence.  “… Ramses II, one of the most fascinating figures in history, beside whom Alexander is an immature trifle; alive for 99 years, emperor for 67, father of 150 children; here he is a statue, once 56 feet high, now 56 feet wide, his weight a 1000 tons; for him Bonaparte should have used his later salutation of Goethe: ‘Voila un home!—behold a man!’”

In order to understand the development of P-B we keep our focus on the manifestation of the false self and how it continued to express itself in human institutions. What happened to compassion and morality in ancient Egypt? “In the end the connection between morality and religion tended to be forgotten; the road to eternal bliss led not through a good life, but through magic, ritual, and generosity to the priests.”

Now to Judea and a brief look at the history of humanity as seen in the Old Testament and Ecclesiastes written by an unknown author between 250 and 168 B.C.E. The author was a realist in that he began to define aspects of P-B. He realized that humanity was not going to “be soothed by any legend of a Golden Past, or a Utopia to come: things have always been as they are now, and so they will always be … there is nothing new under the sun. Progress, he thinks, is a delusion; civilizations have been forgotten, and will be again … Vanity of vanities … all is vanity.”  The narrative of P-B was neither going to deliver happiness nor a meaningful life and this author could see that long ago.

The same author foreshadows the teaching of Nisargadatta who warned that liberation is not achieved by having, doing and knowing. “I have seen all the works that are done under the sun, and behold all is … chasing after the wind … he that increaseth knowledge increaseth sorrow.”