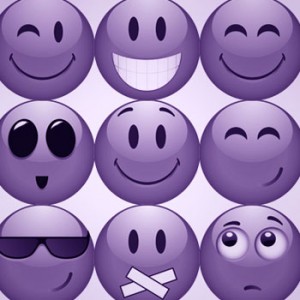 As a Surgeon Probes Deeply Into the Human Body to Promote Healing,
We Must Understand the Inner Workings of Our Personal Narrative and
Identity to Attain a Sustainable Life Filled With Joy

Be not hasty in thy spirit to be angry: for anger resteth in the bosom of fools.
Ecclesiastes 7:9

Fear is the primal energy foundational to all afflictive emotions. Environmental, cultural and personal differences provide the individual mind with the occasions to fragment that energy into different colorations to fit each individual. But let me repeat this all-important truth that we must confront in order to gain our freedom: the details of human suffering are unique to each individual—the cause is universal—it is fear.

Afflictive energy and its labels are a cultural creation and are basic elements within the story of that culture. For example, the four “humours” was the name given to a basic typology of afflictive energy during the Middle Ages:

You might ask why “cheerful, confident and passionate” (romantic love) should be included in the list of afflictive emotions. To be able to answer that question, we must understand the distinction between feeling and emotion.  From the perspective of P-A, we can understand what Buddhists have come to realize and that is “‘All emotions are painful.’  This is something that only Buddhists would talk about. Many religions worship things like love with celebration and songs, Buddhists think, ‘This is all suffering.’”  The good news is that when we are in the present moment (Now), afflictive emotions are absent and only feelings are experienced.

In the overly complex storyline of P-B we can get lost in a haze of emotional reaction. We cannot, for example, understand why some of our personal relationships are such a mess. Seth describes some of the confusion that is possible and reveals why a shift in perspective would be very helpful.  “Hatred always involves a painful sense of separation from love, which may be idealized. A person you feel strongly against at any given time upsets you because he or she does not live up to your expectations. The higher your expectations the greater any divergence from them seems. If you hate a parent it is precisely because you expect such love. A person from whom you expect nothing will never earn your bitterness … The hatred is meant to get you your love back. It is supposed to lead to a communication from you, stating your feelings—clearing the air, so to speak, and bringing you closer to the love object. Hatred is not the denial of love, but an attempt to regain it, and a painful recognition of circumstances that separate you from it …”  If our relationships existed in the context of P-A, they would be much simpler and therefore more wholesome because they would be based on feelings not emotions.

Most of us have experienced the water “mirage” or illusion of standing water that appears to be ahead of us on the highway as we drive across Kansas, for example, on a hot day in July. As we approach the mirage, it eventually disappears. We have been deceived by our senses. So it is in P-B. The fear that produces our afflictive emotion is like the mirage. We are frightened by that which seems to exist but upon closer examination, has no substantial reality. Every human problem and all the reactions that accompany it grow out of our reluctance to face our fears, to stay with them long enough to understand their fundamental nature. If we remain calm and patient as we sense the arising afflictive emotion and choose response over reaction, our anxiety and suffering will begin to fade like the mirage on a hot Kansas highway.

Attitude is another component of worldview, and can be defined as a state of mind or emotional reaction. I have called it an emotional reaction because in P-B it is often irrational with no basis in reality. To illustrate my point, let us take the British people and their reactions in a recent survey. All of humanity lives in the same fundamental reality but with widely varying relative attitudes. Americans in response to recent surveys that I have read are basically optimistic—not so the Brits.

“Even though they live in times of relative prosperity, a quarter of Britons surveyed agreed they face a ‘hopeless future,’ and one in three feels ‘downright miserable.’ The survey was conducted by the popular British health web site, NetDoctor. Ten percent said they would be better off dead.

“More than 400 men and women were asked to answer 80 questions online about their emotional health and what they thought of life. A quarter of those questioned said life was unfair, and more than 10 percent said they felt they had been dealt a miserable lot and that they were powerless to do anything about it.”

Because of the negative attitudes that prevail in P-B, we often assume a “victim” identity as seen above. We also, of course, feel powerless because in P-B, we are powerless. Until we embrace Simple Reality as our context, assume a new identity, and learn to use The Point of Power Practice, we will have a reactive attitude whether we are British or not.

Belief is a component of worldview and can be defined as something believed or accepted as true, especially a particular tenet or a body of tenets accepted by a group of persons. Hence, P-B is a belief. However, as Seth states, “You are not at the mercy of the past, or of previous convictions, unless you believe that you are. If you fully comprehend your power in the present [P-A], you will realize that action at that point also alters the past, its beliefs and your reactions.”   It is important to add that we are also not at the mercy of the collective unconscious (our society’s worldview) when we are in the present moment.

It is essential that the student acquire an understanding of and lively feeling for values. He must acquire a vivid sense of the beautiful and of the morally good. Otherwise he, with his specialized knowledge more closely resembles a well-trained dog than a harmoniously developed person.      Albert Einstein

Value is a component of worldview and can be defined as a principle, standard, or quality considered worthwhile or desirable. Values are created when we choose our worldview, since our worldview determines our identity. In P-A, we value compassion and Oneness because they are foundational to our belief system. Self-destructive behaviors no longer make sense and gradually fade away as the values of P-A (Simple Reality) support response instead of reaction.