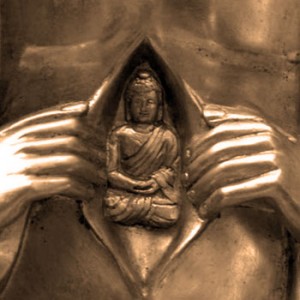 Let us start with this definition by Stephen Batchalor. Buddhism is “… a generic term that points not to any single view but to a diversity of strategies and tactics that different followers of the Buddha throughout history have adopted, some of which are religious or devotional or inspirational in nature, and others of which are more pragmatic or, one could almost say, relativist—down to earth.”

Any religion that survives over many centuries and becomes widespread with many adherents has inherent power and that power stems from a profound teaching. Buddhism was such a religion. The Sanskrit verbal root budh means “to fathom a depth, to penetrate to the bottom” as well as “to perceive, to have a profound insight, to know, to come to one’s senses, to wake up.” Joseph Campbell continues the definition of ‘Buddhahood.’ “The Buddha is one awakened to identity not with the body, but with the knower of the body, nor with thoughts but with the knower of thoughts, that is to say consciousness; knowing, furthermore, that his value derives from his power to radiate consciousness …”  Radiating consciousness is simply choosing the expression of compassion which we can also call response.

The Buddha then was not concerned with psychological, spiritual, religious or philosophical questions. He was the ultimate pragmatist concerned with existential questions. In other words he answered the most fundamental question facing humanity as we endeavor to create a sustainable world-wide community, namely, what is the nature of reality?

The Buddha did not want his teaching to be used to start a religion because he realized the nature of religions were often to elevate the teacher to the status of a super-human and that would thereby negate his fundamental teaching which was that all people have the ability to achieve transcendence, or in other words, to shift to P-A. “Buddhism holds that our original nature is that of the enlightened Buddha and that we have just forgotten it.”  It is our natural state to live in the Now. We can never be successful or comfortable in the fear-driven context of P-B.

Buddha was well aware of P-B and P-A. “Samsara [P-B] refers to a state of existence that is characterized by a predominance of suffering, and nirvana [P-A] refers to the state of liberation from suffering as well as to the cessation of its causes. We see that the four noble truths are causes and effects: the first two truths are the cause and effect of samsara; the second two truths are the cause and effect of nirvana, or enlightenment … When we perceive the momentary nature of all experience [impermanence], we see that we are rendered helpless in matters of choice. Do we have a choice to remain in this moment for another moment? No. We have no choice but to let go.”

Dzogchen Ponlop Rinpoche continues: “We cannot hang on to any living experience for more than a brief moment, whether that experience is a blissful or agonizing one … the root of all our suffering is our ego-clinging … all our experience, whether pleasurable or painful, have the same nature of suffering. Denial does not alleviate our suffering, nor does it help to free us from suffering and its causes. Obviously, if we do not recognize the presence of suffering, we will have no reason to seek liberation.”

Hence, the importance of the first noble truth, namely that life is suffering. That is where liberation must begin in the same way that liberation begins for an alcoholic in the twelve-step program: “I am an alcoholic.” Life in P-B is suffering no matter what the experience is.

Buddhists are taught that we live in a state of unconsciousness (P-B) in which we experience layers of illusion that seem real when we are within that particular illusion. “Our present experience of life can be viewed as a long dream arising from our lack of understanding about whom we truly are and the actual nature of our world. What we usually refer to as a “dream” is only a short-term fantasy that we wake up from every morning. The real dream we are having is our “waking life,” a delusion that continues on and on. When we are in this dream and do not recognize that we are dreaming, then everything we see appears as solid and real, and we do not see any possibilities for transforming our painful experiences. However, when we recognize that we are dreaming, then everything becomes spacious, transparent and free, and all of our confusions and suffering can be easily transformed.”  Notice that there are Buddhist teachers, like Dzogchen Ponlop Rinpoche, who agree with a major theme of Simple Reality, namely, that our reactive behavior can be “easily transformed.”

For those not yet awake the best hope is the Triple Gem—the Buddha (one’s own interior wisdom and “Buddha-nature”), the Dharma (Buddha’s teaching), and Sangha (the community of fellow-seekers of the present moment). Buddha exhorted his followers to “Seek refuge in the Triple Gem.”

Buddhism uses a different approach regarding “worldly pleasures” than do many other religions. Instead of teaching that these pleasures are sinful and are to be avoided with the penalty of punishment in this world or the next, the emphasis is on the ultimate illusion of these pleasures. They do not lead to happiness and indeed always lead to suffering. The irony here is that those who understand the nature of craving (seeking pleasure) and aversion (trying to avoid pain) find a deeper peace, freedom and happiness by avoiding “worldly pleasures” precisely because they do not deliver what they promise—but indeed exactly the opposite.

Those of us who get caught up in the cycles of pursuing that which is pleasant and avoiding that which is unpleasant simply do not understand the true causes of this behavior. Instead, we find ourselves in a constant state of reaction. We are continually in a disturbed state of mind. Once we have the insight into the nature of this reality, we can begin to shift to a higher state of awareness and move toward a balanced state of mind—a mind that is equanimous—non-reactive.

Even Freud had his take on the first noble truth as addressed by talk therapy. The goals of traditional psychotherapy have been to solve the special problems of the individual and, in Freud’s words, “return him to that unhappiness general to mankind.”

The foundational principles of Buddhism that we have learned so far include the universality of human suffering, that the cause of that suffering is craving and aversion, and that suffering can be transcended. The means of transcending suffering is called the Eightfold Path described below by Huston Smith.

In Simple Reality we refer to P-B as an illusion and that is hard to grasp for most of us. The world “out there” appears solid enough and most of our conditioning and our behavior is grounded in the perception of our senses and the logic upon which our intellectual constructs rest. To shift from reliance on the intellect to reliance on our intuition is challenging but essential. Buddha’s teaching offers profound support in our process of changing our story, identity and behavior.

“All the teachings of the Buddha are taught for the purpose of developing the penetrating knowledge that sees through this illusion and wakes us up. It is important to realize that these teachings do not constitute a religion in the conventional sense. Rather they represent a genuine science of mind, a science of insight that uncovers the pure nature of the mind and world that we experience. They also portray a philosophy of life—an approach to life that deals with its meaning and helps us understand how we can overcome the suffering of the world.”

“The body exists in the form of a collection of countless atoms or subtle particles. However, from the point of view of Mahayana analysis, when we examine form, deeply looking for these particles, no matter how precise or refined our analysis, we will not be able to find the subtle particles that theoretically compose the courser elements.  This is so similar to the analysis of modern science, which likewise finds no solidly existing particles. However, scientists still refer to energy fields, quarks and strings, which is a more comfortable way of describing nothingness.”

We conclude this article with an interview of Ken Wilber by Robin Kornman, Buddhist Scholar and the Bradley assistant professor of world literature at the University of Wisconsin at Milwaukee. The interview appeared in the September, 1996 issue of the Shambhala Sun.

The teachings that form the foundation of Buddhism are indeed simple but challenging. They are action-based, not philosophical or abstract. They place the responsibility for self-transformation squarely on the shoulders of the individual. Anyone choosing to become self-reliant can achieve freedom from suffering. If we have forgotten that we have feet then Simple Reality can restore the feeling that will enable us to stand on them, our own two feet, that is.