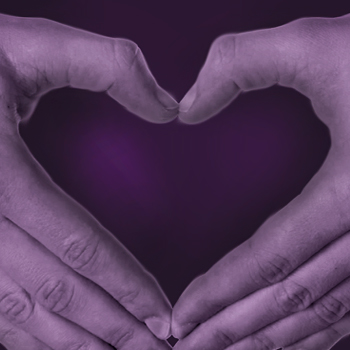 Compassion is the ultimate outcome of the Point of Power Practice, the result of entering P-A. Fear is the fundamental cause of unconsciousness and any movement toward consciousness (toward Simple Reality) is blocked by fear until we find a way to move past that fear. Simple Reality provides us the means to do that. Compassion and fear can be thought of as a continuum with one’s position determined by relative awareness, i.e. less awareness—more fear and less compassion, and conversely more awareness—less fear and more compassion.

In her book, The Nature of Personal Reality, Jane Roberts channels Seth who often has profound insights that contrast P-A and P-B. “It is often said that man believes in devils because he believes in gods. The fact is that man began to believe in demons when he started to feel a sense of guilt. The guilt itself arose with the birth of compassion. Animals have a sense of justice that you do not understand, and built-in to that innocent sense of integrity there is a biological compassion, understood at the deepest cellular levels. In your terms man is an animal, rising out of himself, from himself evolving certain  animal capacities to their utmost; not forming new physical specializations of body any longer … but creating from his needs, desires [false-self survival strategy] … To varying degrees this same impetus resides throughout all creaturehood.”

How did humans then evolve from operating according to instinct to behaving according to volition? In other words, how did we develop the need for a survival strategy? “Such a task meant that man must break out of the self-regulating, precise, safe and yet limiting aspects of instinct. The birth of a conscious mind, as you think of it, meant that the species took upon itself free will. Built-in procedures that had beautifully sufficed could now be superseded. They became suggestions instead of rules. Compassion ‘rose’ [arose] from the biological structure up to emotional reality. The ‘new’ consciousness accepted its emerging reality. The ‘new’ consciousness accepted its emerging triumph—freedom—and was faced with responsibility for action of a conscious level, and with the birth of guilt.”

The cat eats the mouse.
Neither exist.
Do not tell them.
Anonymous haiku

Of course there was a “cost” to the loss of instinctive innocence and that was a loss of the sense of Oneness that we now have the opportunity to regain but this time at a conscious level. “At certain levels both cat and mouse understands the nature of the life energy they share, and are not—in those terms—jealous for their own individuality. This does not mean they will not struggle to live, but that they have a built-in unconscious sense of unity with nature in which they know they will not be lost or immersed. Man, pursuing his own way, chose to step outside of that framework—on a conscious level. The birth of compassion then took the place of the animals’ innate knowledge; the biological compassion turned into emotional realization.”  That “emotional realization” is what we call “feeling.”

“Joseph Campbell,” writes Joan Borysenko, “calls compassion the flower of psychospiritual growth.”  We have the opportunity in P-A to identify with the suffering in the world and our own, not as a personal pain but as a suffering that unites all of humanity. This is compassion and it is healing for us personally and for humanity collectively as our increasing ability to respond compassionately creates an awareness of Simple Reality and delivers us into the present moment.

References available in Trilogy 2 – Who Am I?