Hardware Neurotica or Tweeting Our Lives Away 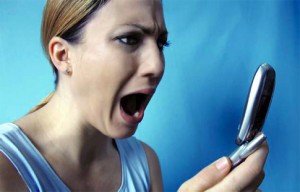 No act is so private it does not seek applause.      John Updike

We know that the sensation energy center of the false self, sometimes called the affection/ esteem center, has us seeking attention and approval. Could that dysfunctional aspect of our survival strategy get so twisted that we include machines or IT devices as objects of our affection or disdain? Even worse, could electronic devices begin to control our behavior? Surely not!

Consumed by tweeting over a period of three years, Larry Carlat separated from his wife, moved out of their house on Long Island and was fired from his job because of the content of his tweets. During that time he was able to enjoy the attention of as many as 25,000 Twitter friends. In his own words:

“Before long I was posting 20 to 30 times a day, seven days a week…I posted daily for three years with only one exception—the day my father-in-law died.   Soon my entire life revolved around tweeting….Instead of tweeting to reflect on my life, tweeting had become my life….I finally committed “Twittercide” about a month ago. … the immense weight of compulsion has been lifted.”

Using the word in its broadest sense, our relationship with the “machine” has undergone a dramatic evolutionary change if not transformation. In the early stages of the Industrial Revolution, for example, Dutch laborers, fearing job-loss, would throw their wooden shoes (sabots) into the cogs of machines to destroy or disable them (hence the word sabotage).

Today, it seems, we have come to a completely opposite attitude obsessively “protecting” our IT “devices,” or would you believe it, so completely identifying with our tablets and smart-phones that they have become sex-objects. Outrageous? Well, let me take a stab at making my case—with the help of Virginia Heffernan of The New York Times Magazine. If this all seems a bit sicko, it’s probably her, after all she writes for that elitist, neurotic, leftist tabloid. But remember, this is all taking place in the crazy narrative of P-B.

What are the limits of irrational behavior in the “New Millennium” of the human narrative? After reading the aforementioned article, I shuddered as I realized that there were none. Enter the “screen protector,” a transparent sheet that can be affixed to the screen of a tablet or smart-phone. “Some Apple users seem to believe that screen protectors are the secret to turning their prized possessions into heirlooms.…a commenter on the Apple-gossip site MacRumors even hyperbolically requested a shield for his iPhone case, ‘Is there a skin I can put over a case that I put on the iPhone 4? I want my phone and cases to be pristine when I hand it down to my children.’”

“Another commenter… went further: ‘I’m covering my hands in bubble wrap so I can’t destroy my phone by actually touching it.’”   I think that these two technophiles support the neurotic part of my “Neurotica” essay title—now for the juicy erotica bits.

There are those that oppose the covers …”which they see as obstructions or even barriers to intimacy.”   (1 p. 18)    One protectionist faction …”proposes using two shields—one to prevent scratching, one to shade—though members of this group are often derided as two-condom weirdos.” What I want to know is how is all of this obsessive behavior going to affect the sale of rubber “sex-dolls?”

I’m not kidding! Think about it. “…what they want from their smart-phones and tablets is pretty intense. If they didn’t use the word “condom” so much, I wouldn’t have said this, but—what people want from their Apple devices seems to be copulation. Or at the very least life partnership.”  Well when you think about it, you can’t get the latter from a latex doll. That does it! I’m calling my broker, I can’t tell if I need to buy, sell, or reposition my stocks in plastics, latex and or IT.

We know that the driving energy behind P-B is fear. Many people have trouble getting out of bed in the morning, especially if it’s Monday morning, because they don’t want to face their existential anxiety. Apple “device” users experience anxiety when faced with installing their protective screens “because they’re scared.”  I assume this anxiety is because their hands are shaking for fear that they may damage an heirloom or destroy the intimate connection that they have with their iPad that they think promises to fill the emptiness in their lives.

After Heffernan installed her protective screen she concluded her article with a bit of sarcasm. Or maybe she wasn’t being sarcastic, I couldn’t tell. “I don’t know whether the shield is now standing between me and my iPad. The screen doesn’t seem insensitive. And I believe I’m as committed to my iPad as any of the no-shielders. But sometime I wonder, secretly watching people who don’t use shields as they caress the glass directly. My iPad and I have fewer scratches in our union than they do. But are we as close?”

Ye gods! Our relationship with our electronic “devices” is becoming kinky. Our devices are becoming our vices. Holy cow! Gadzooks! I didn’t see this coming and I tend to descend into the dark side of P-B more than most looking for trends and traumas. I don’t know now whether the sleep-walkers, zombies and vampires are up there ahead of us in the darkness or bringing up the rear. Annnnd on top of that, I’m freaked by the geeks now!

References and notes are available for this essay.  Find a much more in-depth discussion in books by Roy Charles Henry: Where Am I?  The First Great Question Concerning the Nature of Reality Simple Reality: The Key to Serenity and Survival