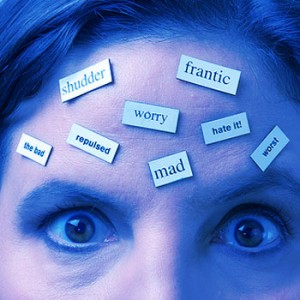 The practice of “Insight meditation” can lead to the paradigm shift caused by becoming the observer of the sensations experienced in the body, mind and emotions. A sense of separation can occur wherein the “observer” is felt to be one’s true identity rather than the impermanent and insubstantial phenomenon associated with bodily sensations, the never-ending, so-called “monkey-mind” narrative, and the afflictive emotions triggered by past behavioral conditioning. The result of this paradigm shift is to realize the Oneness of all of Creation and results in a new identity and a profoundly different experience of a life centered upon the numinous experience of the Now or “feelings.”

The term “insight” often used by psychologists is not the insight described above but merely an intellectual concept which is part and parcel of the illusion of the old paradigm and the old identity associated with it. The following case-study by Dr. Richard A. Friedman illustrates this P-B identity and the often ineffective therapeutic techniques associated with it. We can detect a red flag in the following paragraph that might indicate why psychology as an institution created within the context of P-B is fraught with illusion and is so ineffective in treating so-called mental illness.

“Since the common ingredient in all therapies is not insight, but a nonspecific human bond with your therapist, it seems fair to say that insight is neither necessary nor sufficient to feeling better.” We would have to agree so far that the type of insight referred to here is of no value. Secondly, since the goal of healthy human behavior includes self-reliance, “developing a bond with your therapist” sounds too much like “becoming dependent on your therapist” and, hence, counterproductive.

The insight that Friedman is talking about throughout his article is simply becoming aware of various details of the P-B illusion. There is no reality to these insights and they are used as little more than excuses for failing to take responsibility for creating our own reality and for failing to take advantage of the opportunity to refuse to continue playing the role of victim in the self-destructive human melodrama that we were all born into.

Here is an example of such a victim. “He had been in therapy for years before I saw him and had come to the realization [insight] that he had chosen his profession to please his critical and demanding father rather than follow his passion for art. Although he was insightful about much of his behavior, he was clearly no happier for it. When he became depressed, though, this insight added to his pain as he berated himself for failing to stand up to his father and follow his own path.” The client is not suffering due to his past or due to his insight, he is suffering because he refuses to respond to the reality of his situation. He would do well to stop living as a victim of his past, stop blaming his father in a story that he, not his father, is creating and stop reacting. He needs to enter the present moment and make a choice. Either he wants to continue the reactive suffering or he wants to make fundamental changes in his life which he can do if he learns to differentiate reaction from response.

“Researchers have known for years that depressed people have a selective recall bias for unhappy events in their lives; it is not that they are fabricating negative stories so much as forgetting the good ones.” Nonsense! “Selective recall bias for unhappy events” is psycho-babble for identifying with the monkey-mind story and choosing to perpetuate it. The depressed “victim” can simply stop choosing to keep that story alive and re-direct that energy to creating a new, a healthy, a self-empowering story.

“It even makes you wonder whether a little self-delusion is necessary for happiness.” I wonder if Friedman would consider the possibility that withdrawing energy from the old paradigm and creating a new story might not be “self-delusion” but rather a new beginning with a new identity free from the body, mind and emotions that are the true origin of all suffering and dissatisfaction that psychology calls “psychological distress.”  Insight might turn out to be a good thing after all but it has to be a profound insight not just another aspect of the P-B illusion.