Schnapps and the Search for Identity 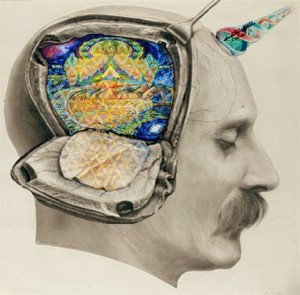 My wife and I had a pet dachshund named Peppermint Schnapps, Schnapps for short. As those of you have been owned by a dachshund know, Schnapps had more of a flinty than a “minty” personality but we adored him anyway. Toward the end of his life, he developed a problem with his spine and his hind quarters became paralyzed. One day Schnapps was left in our unfinished basement while my wife ran some errands. Upon returning she found he had been dragging himself around on the concrete floor with his front legs and had worn a raw spot on his back thigh leaving a trail of blood. At that point the decision to let him go was unavoidable. We were both in pain, but my wife felt particularly guilty about what had happened.

Months later, members of my wife’s Bridge group decided to go to a local “New Thought” church for a psychic reading. My identity at the time required that I ridicule the whole idea and I wondered why four intelligent women would waste an evening with a charlatan.

They decided to have a group reading. That meant they would all be in the room around a table with the psychic who would divide the hour’s reading among each of the four women. When my wife’s turn came the psychic said that there was a dog that wanted to communicate with her. The psychic related that the dog was sitting up next to a couch with his front paws on the couch dipping his nose between his paws. The psychic couldn’t have known what that meant but my wife did. She had taught Schnapps to “say his prayers.” The psychic said the dog wanted to tell her not to feel bad about how his life had ended.

Upon hearing the story of her reading it was as if my worldview and my identity were thrown into limbo. It would take me years to reconstruct a new worldview and when I finished it would be a much larger and a much richer paradigm. The shift had begun.

My next paradigm-shaking encounter was with Seth, the disembodied entity channeled by Jane Roberts. Her husband Rob recorded verbatim his words as Seth spoke “through” her. Again, my skepticism was evident as a friend handed me several of Roberts’ books and gushed about the quality of their content. Seth describes himself in the Harper’s Encyclopedia of Mystical and Paranormal Experience: “‘…an energy personality essence that was no longer focused in physical form…’ Seth said he was a ‘personality with a message,’ and that his many lives on earth, male and female, had been to learn with the goal of being a teacher. His central message is that human beings create their own reality through thoughts and actions, and beliefs; in effect they are co-creators of the universe. Furthermore, each individual is a multidimensional being, existing simultaneously in multiple realities. There are no limits to the growth and development of the self.”

Now that kind of stretched my self-concept a bit. Again, I had to grow into that identity over time but I was beginning to know what to look for as I searched for flesh and blood human beings to verify what these unconventional sources had said. They were not hard to find and the wisdom inherent in the teachings of the many mystics that I encountered was impossible to ignore because it resonated with something deep within me.

For example Aldous Huxley identifies one of the problems of not recognizing the reflection in the mirror. “It is because we don’t know Who we are, because we are unaware that the Kingdom of Heaven is within us, that we behave in the generally silly, the often insane, the sometimes criminal ways that are characteristically human.”

In the search for our True self it is imperative that we keep an open mind with a willingness to change our story if it no longer fits our experience. We might have to accept wisdom from voices beyond the “normal” range of our experience.  Only then will we discover our true identity.