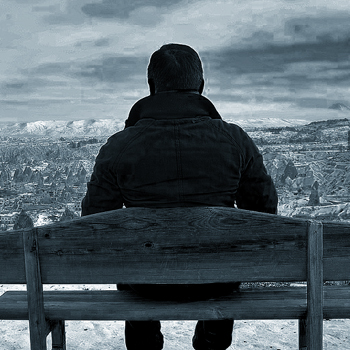 Becoming Quiet, Slowing Down And Spending
Time Alone Can Be Transformational

I now bask in the solitude that was so painful to me in my youth.
Albert Einstein

Fundamental changes in lifestyle are possible with the support of the principles of Simple Reality. The benefits of beginning the process of change are immediate and cumulative. Experience the freedom from self-destructive, conditioned behaviors and the power of self-reliance.

Meister Eckhart said that there is nothing in the world that resembles God so much as silence. Silence surrounds every beautiful sound or we could not experience it. Perhaps that is why sitting meditation is the universal practice used to approach and experience Simple Reality—the still, silent voice within. Even thought forms are a type of “noise.” Serenity, joy and compassion are “feelings” found in the present moment because they are our essence, they compose our natural state of being—the field out of which our form emerges.

Silence is very difficult to attain in the modern world. Contemplatives have found the courage to turn from the outside world where the senses are enthralled, to their interior space to explore a world apart from the preoccupations of the body, the security of the mind and the sensations of the emotions.

There are those among you who seek the talkative through fear of being alone.
Kahlil Gibran

Thinking and talking can be one of the many strategies that we employ as a way of distracting ourselves from the existential pain of P-B. All strategies involved in the seeking of security, sensation and power we know to be futile. Silence is a strategy, however, that works. “In May 1957, Jung wrote to Gustav Schmaltz saying that solitude was for him ‘a fount of healing’ which made life still worth living. ‘Talking is often a torment for me and I need many days of silence to recover from the futility of words.’”

You talk when you cease to be at peace with your thoughts.
Kahlil Gibran

The simple act of quieting the mind, becoming silent, focusing on our inner calm will allow the Simple Reality of our natural state to emerge. Emerson said: “Place yourself in the middle of the stream of power and wisdom which animates all whom it floats, and you are without effort impelled to truth, to right and a perfect contentment.”

The relationship between evolution and context is instructive at this point. The research of Joseph Chilton Pearce supports the importance of the evolutionary readiness as well as willingness of humanity to transcend its current narrative and behavior.  For example, a child is born with the capacity to learn language. But when no one in the environment speaks, the capacity will not be realized and the child will remain mute.

Before humankind, or any other aspect of Creation for that matter, could evolve the necessary environment had to exist. For example, our brain is a three-part organ. Before it could evolve from the reptilian brain (the inner core of our brain) to the limbic brain, the necessary evolutionary environment had to exist. Before the limbic brain (the simple sensory-motor brain focused on survival) could evolve to having the ability to think and have emotions, nature’s program for that shift had to be evolved. The neo-cortex, the third part of our brain, gave us our potential to “feel” sympathy and to do creative thinking.  We now have the potential to transcend to the next level of human consciousness which will enable us to live on this planet in a sustainable manner. The context that will support that shift is P-A (intuition). The practice that will support each individual involves entering into the ineffable space that is surrounded by silence.

Life is so short, we must really slow down.
Thich Nhat Hanh

Simplicity is one of three elements of the formula for how a P-A centered life is lived. That formula is:

Living in the present moment our life becomes a meditation and these are some of the characteristics of the contemplative life. In The Meditations of Marcus Aurelius, the Roman emperor/ philosopher, appreciated simplicity even though his life was far from simple. “Occupy thyself with few things, says the philosopher, if thou wouldst be tranquil.”

There is a pervasive form of contemporary violence … [and that is] activism and overwork. The rush and pressure of modern life are a form, perhaps the most common form, of its innate violence.
Thomas Merton

Contemplatives in the past, whether living in ashrams, monasteries or convents, often were seeking refuge from the harsh world dominated by competition, materialism, pleasure seeking and violence. If they could find a paradigm offering solitude, a simple life and time for meditation and prayer then perhaps they could live a life of response instead of reaction. Such a life of transcendence is what we all seek, but we will have to find a way to achieve it in our day-to-day life. It helps if we have a plan. Simple Reality is such a plan.

William Wordsworth also says: “‘How gracious, how benign, is Solitude’ especially when it has an ‘appropriate human centre.’”  That appropriate human center is a wholesome context like Simple Reality. In the present moment we connect to the Implicate Order from which flows the serenity, the “feeling” of which  Wordsworth speaks.