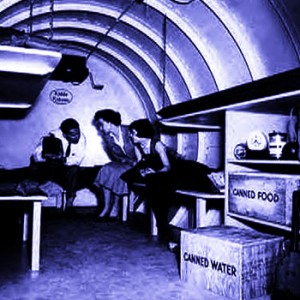 In the context of the Simple Reality Project, we have repeated many metaphors and analogies but we warned our readers at the outset that they would be involved less in acquiring knowledge than they would in reconditioning their behaviors. Behavior modification does require a lot of repetition. You know that so don’t you start with the whining.

Realistic images of human behavior are far from ego-enhancing. As sleepwalkers we are speeding off down the highway headed for a bad-hair day, an experience familiar to all of us. We also have fussy neurotic deck-strollers rearranging the deck chairs on the Titanic loathe to admit that “She” is listing to port. Chased by the staggering undead, we are sure that we haven’t yet been bitten and will escape to some safe place in the country but everyone around us seems to be looking at us with faces frozen in a paranoid stare. We’ve read about the vampires in faraway lands but we can’t seem to satisfy our thirst and, looking in the mirror, surely that can’t be dried blood in the corner of our mouth. Robots that morph into infinitely variable, hostile and indestructible shapes surround us. We know we have become slaves, but where and who are the masters that have us doing so many things we don’t want to do, behaving in ways that at times cause us to recoil in self-disgust? Where are we?

Many of you believe this is a wildly overstated way to characterize the human condition or at least life in America. Fair enough! We have more—much more.

Since this is the chapter on science and science has some degree of credibility with most of us we will begin there. No super-natural creatures or unconscious archetypes, just the facts ma’am! “This is not the exclusive opinion of the fringe groups of society: Just last month, a study financed by NASA found that, because of financial inequity and environmental problems, the industrial world could suffer ‘a precipitous collapse’ within decades.”

What are we doing to prepare for what columnist Alan Feuer calls the Zombie Apocalypse? Well, we are having a “Survivalists Expo” of course. The title of Feuer’s piece in The New York Times captures the spirit of the nation where “the business of America is business.” “The Catastrophe of Capitalism” appeals to our “shop ‘til you drop” mentality. If we just buy the right stuff we will be safe or at least we will feel better.

What kind of “scientific inventions” are for sale at the third annual National Preppers and Survivalists Expo? According to Ray McCreary, an organizer for the trade show company Expo Inc., “We tried to gear our event this year to the ordinary person who wants to be ready for any situation.”

Attendees could spend their money and feel prepared by buying:

Walking around this expo could make one anxious. Just in case you’re not anxious enough to take out your wallet, Bob Gaskin is there to provide a special stimulus. Gaskin is an ex-Marine and founder of the Black Dog Survival School: “‘If you don’t know now what you’re going to do,’ he shouts into a microphone, ‘then you aren’t going to make it.’”  He had just told the crowd that 80 percent of the population would not survive the first 100 days of the apocalypse.

The kids aren’t left out either at this Expo. Amy Alton, a co-founder of the survival-medicine company Doom and Bloom created a board game called Doom and Bloom Survival (adults can play too). Okay, that’s enough of that; let’s get real.

How do we realistically prepare for catastrophes? We don’t have to buy anything or build anything or flee to remote isolated locations. Just relax, breathe and wake up. What happens happens, and we cannot forestall or avoid the unsustainable future that we have collectively created—but we can get ready.