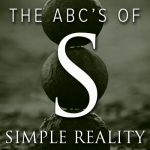 Can suicide become part of a person’s narrative and/or identity and in some cases support a self-fulfilling prophecy of sorts? We see this happening in families in numbers otherwise hard to explain. Marian Hooper (nicknamed Clover), the wife of Henry Adams (1838-1918) the historian and philosopher, came from just such a family. “A favorite aunt drank arsenic when Clover was 9. ‘Crazy as coots,’ was the way Henry Adams’ brother described the family.”[i]  Clover’s sister later walked into the path of an oncoming train, her brother fell or threw himself out of a third-story window. Clover swallowed a vial of potassium cyanide at age 42.

Our identity and hence our persona is derived from our worldview as we have learned. If our story is a dark one, our belief in such a situation can easily become, “That’s me and I don’t want to live here as that person” rather than the P-A identity which says, “That’s not me and I don’t live there.”

Suicide is an attempt to escape from the suffering associated with the false self. This is where a profound meditation practice is essential where we learn that our true identity is that of the observer. We witness our suffering but have come to realize that we are not our mind, body or emotions. Winston Churchill suffered what he called his “Black Dog days” when he would contemplate suicide and avoid bedrooms with balconies. “I’ve no desire to quit the world, but thoughts, desperate thoughts come into the head.”[ii]  “I am not the thoughts in my head” would have been a helpful insight for Churchill when the “Black Dog days” occurred.

“There is a story about this process in Shakespeare’s King Lear. Gloucester, who has been cruelly blinded and shorn of all his worldly possessions, power, and family, is wandering in misery on the dark, wet moorlands of England. His loyal son, disguised as a peasant boy, has come to protect him. Gloucester begs the peasant boy to take him to the cliffs of Dover so that he might hurl himself off and end his misery. His son takes him to the center of a field and convinces the suffering old man that he is on the edge of the cliff, and Gloucester hurls himself over the “edge” only to land in the middle of the field in which he was standing. But so great was his suffering that he thinks he has gone over the cliff, and so now stands up enlightened and relieved of his suffering. He recognizes his son and utters some of the most sublime lines in literature. Gloucester did his ‘suicide’ correctly.”[iii]

A Los Angles Zen master points out that “I am not my body” is also a critically important realization. “When someone threatens suicide at this time, I caution him that he must be careful to do it without harming his body. The relocation of the center of the personality is a form of suicide, and it’s best done  voluntarily by the ego. Meizumi Roshi, a Zen master in Los Angeles, once said, ‘Why don’t you die now and enjoy the rest of your life?’”[iv]