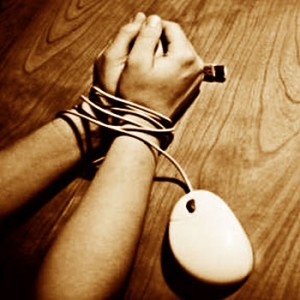 What is the experience of life for most of us? Does it seem more like a utopia, an ideally perfect place, or a dystopia, a place of total misery and wretchedness? Of course, most of us, would say we live in an “in-between” place. But as the global village moves forward in time, can we get a feel for which direction we are headed?

A behavioral tendency of an anxious community is to rationalize what is happening by putting the best face on it, but that might not be a realistic assessment of what the reality might be. We often want to escape, if possible, the consequences, the menacing and discomfiting reactions, occasioned by our own choices. On the other hand, as we evolve, perhaps we are gradually overcoming the self-destructive influences of our past mistakes and ill-chosen survival strategy.

We will present some evidence on both sides of the issue and then from your own experience you can choose what you think is happening. Try not to make relieving your own anxiety the highest priority. After all, the truth, as scary as it might seem at first blush, is our only hope for improvement. However, in truth, the time for hope is past—it’s now time for action—which side are you on? Man or machine—or—men and machine?

Dave Eggers’ novel The Circle, the latest iteration of books like George Orwell’s 1984 (published in 1949), is a disturbing glimpse into the future. Orwell (1903-1950) had been a student of Aldous Huxley (1894-1963) whose Brave New World was published in 1932. Eggers’ dystopia contains updated technology but otherwise the similarities are stark.

No question, technology has supported humanity in the day-to-day challenge of survival over the millennia. But in the context of Simple Reality, we have come to see the wisdom of not blindly surrendering to the intellect and ignoring that other source of guidance, human intuition. The intellect can invent stuff but does it know the best way to use those inventions or to assess the long-term consequences of that technology? Are we headed toward less suffering in a future utopia or are we sliding into a dystopian swamp?

In the research revealed in the essay, “Zapping the Zombies,” the good news seemed to be that indeed in the sub-strata of human consciousness there is evidence of what we have called in Simple Reality the True self. Biobehaviorial sciences Professor Matthew D. Lieberman said he “… thinks people are even more motivated by something beyond self-interest: the drive for social connection.”

Now let us transition from “wetware” (stimulating the human brain), to “hardware” and a different approach to utopia. The machines we are referring to have often been called “artificial intelligence,” defined as machines that can think on their own. The titles of the papers and essays written by the inventors, who ended up giving us the computer and the Internet, reveal their attitudes toward their “machines.” The 1945 essay “As We May Think” by Vannevar Bush, spoke of a “memex” machine that would remember and connect information. J.C.R. Licklider’s paper “Man-Computer Symbiosis” saw the computer as a friendly assistant as did Douglas Engelbart who wrote “Augmenting Human Intellect.”

However, those that are threatened by the latest technology are not enamored of the machines that can “think” and can sound more than a little paranoid. Conspiracy theorists like Thomas Pynchon and Dave Eggers say that corporations and governments developed the Internet to spy on and control us. “This dystopia should sound familiar. Books and tweets and blogs are already debating the issues Eggers raises: the tyranny of transparency, personhood defined as perpetual presence in social networks, our strange drive to display ourselves, the voracious information appetites of Google and Facebook, our lives under the constant surveillance of our own government.”

The source of fear underlying our technology is the same fear we have about life in general which is that it will degenerate into chaos, into disorder. Nate Anderson’s book, The Internet Police: How Crime Went Online—and the Cops Followed, reveals how prevalent this anxiety is. “Yet the Internet has always been a murky, unaccountable place, as much as a delightful Shangri-La as an anarchic shadow world, rife with fraud, pornography, drug and human trafficking networks and of course spam.” Anderson also reveals that 90 percent of e-mail sent worldwide is spam.

What about social media? As is true of all technology, it is being used for both positive and negative purposes. The source for our information here is Randi Zuckerberg, Facebook founder Mark Zuckerber’s older sister who worked for six years as Facebook’s marketing director. Even though she believes in social media as a force for good, she urges people to disconnect their devices occasionally and engage in real life.

“But as she traveled the world, extolling technology’s virtues of giving voice to the powerless, rallying support in times of tragedy and connecting the like-minded, she discovered it was also leaving users feeling ‘overwhelmed, insecure and confused.’”

Zuckerberg revealed one type of tyranny and intolerance associated with social media. “Research has shown that when you refuse to share personal details on Facebook with your colleagues, it reduces your likeability in the office, when compared to people who do share.” Here we have an example of what we call in Simple Reality “related pairs” such as integration and disintegration. If human behavior (and the associated technology) promotes bringing people together, then that is a response. If the behavior promoted is dividing or alienating people from one another in a collective (as in Zuckerberg’s example in an office), then that is a reaction. Reinforcing P-B behaviors and discouraging P-A behaviors is tantamount to reinforcing self-destructive human behavior. In other words, Facebook supports disintegration rather than integration in the workplace community.

Since we have taken a quick look at Facebook, we should give Twitter equal time. The source of our information is the book Hatching Twitter: A True Story of Money, Power, Friendship, and Betrayal by Nick Bilton.

In her review in The New York Times Book Review, Maud Newton has a negative take on this rapidly growing (2013) social media superstar. “Sure, Twitter can facilitate the spread of misinformation. It sometimes operates (as a friend of mine once put it) as a live feed from the id. Some people use it solely to tear things down, and others to ingratiate themselves around the clock.” From Newton’s observation we can say that Twitter probably does not promote True-self behavior.

Jack Dorsey, a co-founder and the current chairman of Twitter confirms Newton’s suspicions. He said he regarded it “as a status updater, a way to say where he was and what he was doing. A place to display yourself, your ego.”

Eleanora Sharef, co-founder of the search firm HireArt, was recently told by one employer that it wouldn’t hire any applicant for a marketing job who didn’t have at least 2,000 Twitter followers.

Speaking of searching for a job, how does that look for tomorrow’s workplace? The New York Times reported earlier this year (2013) that in China today “among people in their early 20’s, those with a college degree were four times as likely to be unemployed as those with only an elementary school education.” Why is that?   Dystopia for the educated and utopia of a sort for those less educated; Huxley or Orwell didn’t think of that one.

James Manyika at the McKinsey Global Institute explains that “a growing share of high-paying services and knowledge work is also falling prey to technology.”  In other words, social media companies and other high-tech companies have high-paying jobs but they don’t employ many people.

What will that future society look like? We don’t have to imagine, it’s already here. Five years after the Great Recession, a lot of young Europeans are looking for work, many with college degrees. Unemployment rates are, well, dystopian. In September 2013 for those age 15-24 unemployment was 58 percent in Greece, 55 percent in Spain, 40 percent in Portugal, 38 percent in Italy and 29 percent in Ireland.

As we already know, English author Aldous Huxley also took a crack at predicting the future of humanity and the mind-controlling media had a crucial role. Social media had not made its appearance yet or he might have been doubly alarmed. “Like so many intellectuals of his time, Huxley feared the advent of “mass man,” of conformity and homogenizing media empires.” Many people today think his novel, Brave New World, missed the mark on prognostication but they had better take a closer look.

Virtually all of humanity conforms to the same behaviors dictated by the false-self survival strategy and today’s media are certainly engaged in consolidation (Huxley’s homogenizing), as one corporate media behemoth devours another.

Huxley knew his book would sell if he appealed to the sensation center of the false self, especially that aspect related to sex (as Ms. James has done very successfully with her 50 Shades of Grey franchise fifty years after Huxley’s death). Sex sells, but Huxley was a more imaginative story teller than James and Danielle Steele who will most definitely not be remembered 50 years from now.

In Brave New World, the “movies,” the favorite media of Huxley’s day, would morph into the “feelies” in his dystopian world. The theater seat had special knobs that would transmit the sensations the characters were having on screen to the nerve-endings of the theater patron enabling them to literally share the character’s experience.

Huxley’s critique, although he didn’t know it, was of the false self in P-B, a dystopia that has always been with us. “For Huxley, this critique took full shape in Brave New World, his famous portrait of a dystopia in which the goals of pleasure and stability have crowded out every other human good, burying discontent under antidepressants, genetic engineering and virtual-reality escapes.”

In Huxley’s future world the false self has taken over to the extent that the highest virtue is the pursuit of plenty, pleasure and power. Expressing one’s True self was a no-no in Huxley’s dystopia. “All this is because, in Huxley’s meticulously imagined future, the cardinal virtue is satisfying your appetites, and the worst vice is repression.”

Another British author, more famous today than Huxley, is C.S. Lewis, who, in his “Narnia” novels, revealed his imagined dystopias and utopias. “For Lewis, the critique was distilled in “The Abolition of Man,” which imagined a society of ‘men without chests,’ purged of any motivation higher than appetite, with no ‘chatter of truth and mercy and beauty’ to disturb or destabilize.”

All in all, we can say that the predictors of the future have done pretty well in imagining what we all have to look forward to. How future humans used technology played a central role in most of these stories. Whether humanity had learned the distinction between response and reaction was what finally determined whether they created a utopia or a dystopia for themselves.

Another of the related pairs found in the content of Simple Reality is cooperation and competition. For an observation related to these two types of human behavior and social media, we turn to Alice E. Marwick and her book, Status Update: Celebrity, Publicity, and Branding in the Social Media Age. Marwick has her doubts about the long-term effects of social media on American society.  “In other words, they turn its users into self-promoting, competitive, superficial ‘good corporate citizens’ whose values are those of the very business people behind the leading social media sites.”  We should be concerned that social media supports the creation of citizens of the corporate world and not citizens of the global world, competitive rather than compassionate citizens.