The Archetypal Hero and Compassion 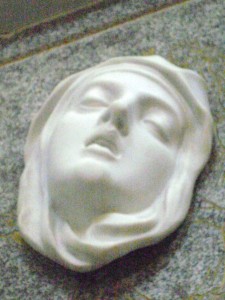 Among the fascinations of Simple Reality is the richness it brings to the everyday experience of life. Even the very best fiction, for example, is enhanced by reading between the lines and digging out the archetypal meaning. The story then becomes profound beyond even the best authors’ intentions. Stories written to entertain can become transformational for the reader who is truly awake.

The cross-over books written for children and young adults but popular among adults, like the recent Hunger Games or Harry Potter stories often involve a dystopian context. That would be an imaginary place of total misery and wretchedness. Well maybe they do not all totally fit the definition of a dystopia but aspects of the settings of such books are often threatening to the “good guys and gals,”  usually very threatening.

In 1993, Lois Lowry won the Newbery Medal for her novel The Giver, which has since been adapted for the stage. This year Lowry has completed her “Giver” quartet adding Son to Gathering Blue (2000) and Messenger (2004).

Claire, the heroine in Son begins her quest to reclaim her stolen baby boy. “The all-encompassing maternal urge may not seem the most kid-friendly of subjects, but Claire’s desperation to reclaim a missing piece of herself is universal.” Indeed the human myth of self-discovery is universal.

Claire’s son is a perfect symbol for consciousness (which is what humanity lost in the Biblical “fall” in the Garden of Eden) and her “community” is in denial of the human connection between mother and child and indeed of any compassion between human beings at all. The “community” has lost its compassion and maybe its soul. Anyone with an identity that would involve having a “feeling” for another would cause anxiety in a community of deeply repressed emotions, people with dark, dark shadows. “It’s love, though, that proves most dangerous, with its inevitable companions, obligation, sacrifice and loss.” These people live in a bleak and gray world (P-B) their hearts walled off.

Had Lowry been writing a book with Claire as an awakening mystic then the book might be described in the following way: Claire discovers a starkly different world (P-A) when she is washed up on a foreign shore. Claire experiences the Great Insight, the realization of Oneness. The author depicts this in a vivid and clever way. “Its words beating with the tide, the book bursts from black and white to brilliant Technicolor.”

“Claire is more archetype [of course she is] than girl, the ur-mother in search of her unnamed son. There’s even a nightmarish monster [Claire’s shadow?] lurking in the wood.” Each book in Lowry’s  quartet involves a hero confronting or trying to redeem a damaged human society. In Son Claire is faced with “the story of a humanity battered by inhuman forces: Nature. Age. Maybe even evil.”

You can see where we’re going with this. The global village is certainly a place of misery and wretchedness for many of its inhabitants and we all realize that if it isn’t yet it will become so for the rest of us in the future. We face imaginary wizards, monsters and ogres which are all projections of our own shadow. Our only hope is to undertake the archetypal hero’s journey which we started unconsciously years ago. Only then will we realize that there are no “inhuman forces,” threatening us, certainly not “Nature” nor the aging body let alone that scariest of all human creations—evil in all of its guises.

Do we have hope for a hero or heroine with extraordinary courage and compassion, an archetypal rescuer? Yes we do and you are it.

References and notes are available for this essay.
Find a much more in-depth discussion in books by Roy Charles Henry:
Where Am I?  The First Great Question Concerning the Nature of Reality
Simple Reality: The Key to Serenity and Survival

2 Responses to The Archetypal Hero and Compassion