The Axial Age and Reviving Religion 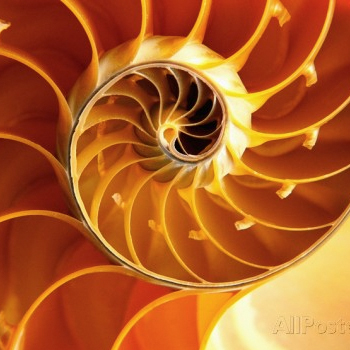 What role has religion played in the big picture of the unfolding of human civilization? It would be no surprise to most of us that an institution created in the context of an unconscious humanity (P-B) has been both supportive of and an impediment to creating order out of chaos throughout human history. A former nun turned historian ends up being an excellent guide in understanding the influence religions have had on humanity’s attempts to awaken to the experience of Simple Reality.

The story of religion evolved over a very long period of time and began with the emergence of human consciousness itself.  “…stone tools quietly testify to the emergence of human consciousness as far back as three million years ago.”  According to Karen Armstrong in her book The Great Transformation: The Beginning of Our Religious Traditions, it was the ritual of burying the dead that gives evidence to the earliest religions. “…the graves of our Neanderthal cousins—is datable to a mere 100,000 years ago.”

An important motivation driving our ancestors in beginning the rituals that are the foundation of the world’s religions was to appease the unseen forces that they imagined threatened them. Reviewing Armstong’s book, Philip Novak continues the story of religion. “Religion was the art of communicating with these powers through sacrifice and other rituals to enlist their aid in the maintenance of good fortune and the prevention of disaster and distress.”  It was basically the fear of chaos that provided the impetus for religion. Fear of chaos remains today the underlying fear of humanity whether they are “religious” or not.

Some 3000 years ago an extraordinary revolution relating to the growth of religion occurred. “Impressing the German philosopher and historian Karl Jaspers as nothing less than a mutation of human consciousness that initiated a new phase in cultural evolution, he dubbed these years, roughly 900-200 BCE, the Axial Age.”  The amazing individuals involved in this leap forward in human consciousness showed up in China, India, ancient Israel and Greece.

In India it was the Hindu rishis, the “seers,” who formulated the ideas found in the Upanishads transcending the ritualized cult of the Vedas. The Buddha in c. 500 BCE revealed the origin of human suffering in the Four Noble Truths and the false self. Jainism was founded by Mahavira and advocated an inner spiritual orientation still practiced by four million adherents.

Confucius and Lao Tzu in China were responsible for the religio-philosophical systems of thought and behavior called Confucianism and Taoism.

In Greece there are many individuals who contributed to the rich foundations of Western civilization. The philosophers Socrates, Plato, Aristotle, and the three great dramatists Aeschylus, Sophocles and Euripides among others left the West a rich legacy upon which to build the civilization we enjoy today.

The Jewish Old Testament prophets in Israel were Isaiah, Jeremiah, Hosea, Amos and Ezekial and they were passionate advocates of monotheism. “Jesus (0-30 CE) and Mohammad (570-632 CE) fall outside the technical boundaries of the Axial Age but can be considered as secondary and tertiary flowerings of Israel’s, for notwithstanding their individual charisma, their theological and ethical visions were fully prefigured by the Jewish prophets.”

“The Axial Age is said to have ended around 200 BCE because that is when the relatively small, independent political entities common to the era began to be absorbed into empires, which it is surmised, had a chilling effect on the Age’s intellectual ferment.”

The defining ideas of the Axial Age which we can characterize as emerging from the “Implicate Order” as defined by David Bohm, could conceivably revitalize the world’s major religions today as part of a wider paradigm shift in human consciousness.

First, logos began to be more pronounced as humanity began to rely more on “rationality” or the intellect. “It was not that mythos was being asked to vacate its place in the human mind. As the rationalist Plato himself knew, stories were far too essential for that. But for the first time logos was claiming a significant share of humanity’s soul and a right to interpret the mythos rather than be passively subject to its bewilderments.”

The irony today is that modern civilization has become too reliant on the intellect which is not sufficiently profound in its comprehension of reality to avoid self-destruction. The intellect is a tool of the false self when contained in a narrative dominated by illusion.

Secondly, nonviolence became a central value. “Each of the Axial Age faiths, says Armstrong, ‘began in principled and visceral recoil from the violence of their time.’ She identifies the virtue of ahimsa (nonviolence) as nothing less than the “indispensable key” to India’s Axial Age.” Unfortunately, nonviolence has never been accepted by the followers of the major religions thanks to the influence of the fear-driven false self. Of course, no religion worthy of the name would sanction violence.

Next, some of the faithful, seeking Self-realization intuitively, realized that goal could only be attained by turning within. “Axial sages spoke of an inner journey toward a condition limitlessly better than that of ordinary life in the world. They called it salvation or liberation and invited their hearers to exchange the constrictions of the ego-bound life for the infinitely wider expanses of an inner life centered on the divine.”

Religions have yet to understand that liberation occurs in the here and now. There is no room in a profound religion for anthropomorphic gods or for concepts of heaven and hell in a future time and remote place. Heaven is here and now, and it is “within” or it is nowhere.

The next change was a shift from ritual-centered religion to an emphasis on morality and justice. “The yogis of the Upanishads recommended the inner fire of spiritual discipline to burn away the impurities of egotism and greed.”  Compassion was at the heart of the teachings of all of the sages and mystics. Confucius was the first to preach the Golden Rule. The Axial sages believed self-transformation led to compassion, generosity and justice. “For them, respect for the sacred-rights of others was religion.”

Self-transformation does lead to morality but not the other way around. Precepts and commandments are useless for a people caught up in the old paradigm. Compassion is the result of Self-realization, not a prerequisite for it. In the context of a P-B story determining a human identity fearing chaos with self-destructive conditioned behaviors, religion will never succeed in widespread human Self-transformation. A just, generous and joy-filled community will be the result of a paradigm shift. Until then, heaven on earth will not be possible.