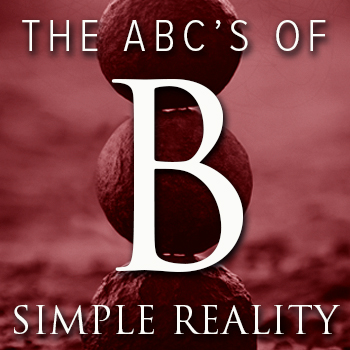 “According to Ian Peterson, chief of British Telecom’s futurology unit, ‘it will be possible to download your brain to a supercomputer by the middle of the 21st century.’ Pearson points to the Sony PlayStation 3, introduced in 2005, a machine 35 times more powerful than the model it replaced. The new PlayStation is 1% as powerful as the human brain. Pearson believes mind downloading will be realistically available by 2050, ‘so when you die it’s not a major career problem.’”

“Futurists are looking at how one can structure a computer that could become conscious. Information comes in from the outside world and each part of the brain processes it; consciousness is just another sense of the brain, which is what futurists are now trying to design in a computer. In other words, there could come a day when computers will become more intelligent than humans. ‘When that happens, humanity—our bodies, our minds, our civilization—will be completely transformed.’”

You can see why adherents of Simple Reality count on scientists to provide us with a good laugh; or why we can hear God’s guffaws when He hears of human strategies to control nature. What a bunch of meatheads! Which brings us to the subject of the human brain.

The problem with some computer scientists is that they are irredeemably arrogant as well as deeply clueless regarding the reality they are immersed in. Many seem incapable of insights common to mystics. First of all, the brain has nothing to do with consciousness which is attained by a connection to an intelligence beyond anything physical (the ostensible domain of science). This adolescent desire to escape responsibility for our own transformation by hoping that computers will do it for us is seriously naïve and ignorant.

Writing in The New York Times Magazine of May 29, 2011, Susan Dominus chronicles the five days that she spent with the family of Krista and Tatiana Hogan. The twins are joined at the head—the medical term is craniopagus—a one in 2.5 million births with few survivors. What we are looking for in this story transcends what most observers find of interest in these very special children. We are looking for evidence of P-A, we are looking for Oneness.

“And yet here are two girls who can possibly—humbly, daily—feel what the other feels. Even that extraordinary dynamic would still put the girls on the continuum of connectivity that exists between ordinary humans. Some researchers believe that when we observe another person feeling, say, the prick of a pin, our neurons fire in a way that directly mimics the neurons firing in the person whom the pin actually pricks. So-called mirror neurons are thought to foster empathy, creating connections of which we are hardly aware but that binds us in some kind of mutual understanding at a neurological level.”

Are we “hardwired” for compassion? We have to be because our whole being, our entire True self identity, is that of pure energy expressing compassion in the context of total connectedness. “Todd Feinberg, a professor of clinical psychiatry and neurology at Albert Einstein College of Medicine, says the brain labors to create a unity of experience, knitting together our partial selves via numerous cortical mechanisms into a unified whole, into a sense of self, a consistent feeling of individuality and agency.” The first sentence in this paragraph explains the function of the brain from a P-A perspective, i.e., “expressing compassion.” The second, attempts to understand what is happening with the Hogan twins from the more limited perspective of P-B, i.e., separating “connected individuals” into false selves with “agency” pursuing plenty, pleasure and power. The two observations will “synthesize” when humanity awakens to the profound experience of Simple Reality.

We are not (when awake and present) searching for a unity of experience in the physical world which quantum mechanics long ago established had no existence beyond what the human senses chose to project onto it.*

Studies of the brain are blocked from profound conclusions because of the P-B context. The P-A concept of “One Mind” is essential to a profound definition of the intuitive mind. The Nobel laureate, Daniel Kahneman’s latest book, Thinking, Fast and Slow (2011), runs into that wall although he does move the discussion forward. “System 2, in Khaneman’s scheme, is our slow, deliberate, analytical and consciously effortful mode of reasoning about the world.” Khaneman has just described the intellect (the left-brain).   “System 1, by contrast, is our fast, automatic, intuitive and largely unconscious mode [the right brain]. System 1 uses association and metaphor to produce a quick and dirty draft of reality.” Khaneman’s  System 1 is our P-A intuition but conceived in a much more limited way than we do in Simple Reality.

We tend to attribute too much significance to and express too much hubris about our being the animal that reasons. The intellect of homo-sapiens is defenseless against its conditioned reactions defined by our P-B worldview, our beliefs, attitudes and values. Harvard professor and historian, Niall Ferguson, speaks of the power of belief in overwhelming “rational” human behavior. Speaking about how a recent (2011) negative U.S. credit rating by S&P and American “beliefs” related to that event might panic investors he expands the reaction to a more general belief. “This could cause disaster, ‘for a complex adaptive system is in big trouble when a critical mass of its constituents loses faith in its viability.’”

“The left hemisphere focuses on details rather than larger issues, it tends not to make intuitive leaps based on partial information, and it wants to get to the finish line and come to a conclusion as fast as it can. That sort of premature closure is one of the great roadblocks both to drawing and to creativity.”

The left hemisphere dismisses anything that doesn’t fit into the brain’s worldview which for most of us is P-B. “The most profound intelligence isn’t in the rational left cortex. Rather, it comes up from the lower brain centers by way of the right cortex—in the form of gestalts, and pictures, and feelings. Only the right cortex can truly see the whole picture. First, though, you have to get the loud noise of waking consciousness turned off, because the information that comes up from the lower brain centers is as delicate and subtle as the draft of a butterfly’s wing. The instant you turn too much left cortex attention to it, the information tends to slip away.” Hence, the importance of the paradigm shift.

Edwards calls the three stages of creativity insight, incubation and illumination. We might speculate about a parallel process in Simple Reality involving the Great Insight of Oneness, the incubation inherent in Insight meditation, and the illumination resulting in a response enabling our entrance into the Now. “In each of these stages the creative work occurs largely at an unconscious level—and often after the left hemisphere’s conscious [false self], rational search for a solution has been exhausted.”

Humanity has paid a high price abandoning or not fully developing our intuition in the name of progress. Western culture has constructed a reality that is based on what can be perceived through our outer-directed “five senses.” This data has been organized by the left brain, the intellect, according to rules and principles that are logical according to the scientific method and which conform to mathematical laws. Information and experiences that comes from non-ordinary or altered states of consciousness, from right brain sources such as intuition, dreams, rituals, and psychic or mystical experiences are not accepted into the mainstream paradigm—they don’t “fit.” Nevertheless, we are gradually becoming more and more aware that something is missing in our search for wholeness. (By the way our deepest and universal human longing is a search for wholeness—not how to flee to Mars before hostile, non-existent extraterrestrials arrive to take over our planet.)

In IEEE Spectrum, John Hogan in his article “The Consciousness Conundrum” says, “Neuroscientists still do not understand at all how a brain makes a conscious mind (the intangible entity that enables one to fall in love, find irony in a novel and appreciate the elegance of a design).”  Neuroscientists will never understand how a brain makes a conscious mind because, put as simply as possible, it doesn’t.

* See also The Myth of Agency, individuality and agency are also human delusions.