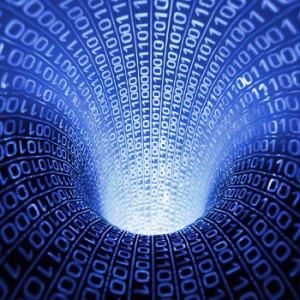 “Big data is a shorthand label that typically means applying the tools of artificial intelligence, like machine learning, to vast new troves of data beyond that captured in standard databases. The new data sources include Web-browsing data trails, social network communications, sensor data and surveillance data.”

“Big Data: The Management Revolution” was the title of a conference held at M.I.T. (April 2014). Erik Brynjolfsson, professor and director of the Center for Digital Business at M.I.T. projected enthusiasm when he said in his presentation that Big Data will “replace ideas, paradigms, organizations and ways of thinking about the world.” Sounds like hype but is it?

When did these “quantitative methods” get started? Where did all these enthusiastic so-called “quants” come from? “The quest to draw useful insights from business measurements is nothing new. Big Data is a descendent of Frederick Winslow Taylor’s ‘scientific management’ of more than a century ago. Taylor’s instrument of measurement was the stopwatch, timing and monitoring a worker’s every movement. Taylor and his acolytes used these time-and-motion studies to redesign work for maximum efficiency.”

Artist’s often have the ability to see the deeper implications of human behavior and to do so in a humorous way. Charlie Chaplin’s film “Modern Times” sees Taylor’s “maximum efficiency” and modern machines as somewhat dehumanizing. We should beware of becoming prematurely enthusiastic about Big Data. “The results according to technologists and business executives, will be a smarter world, with more efficient companies, better-served customers and superior decisions guided by data and analysis.”

That’s all well and good if the goal of Big Data was the “greater prosperity for the greater number.” But that is exactly the opposite of what is happening as corporations become more successful, the 99% are becoming poorer and poorer. Big Data cannot create a bigger heart in the breasts of humanity. The false self will use Big Data for its own ends and we all know what those are.

One result of the disintegration of the American community is the growth of injustice. The Divide: American Injustice in the Age of the Wealth Gap by Matt Taibbi warns about how greed has infected the identity of the 1% and is spreading throughout the U.S. at large. “Taibbi wrote ‘The Divide’ to demonstrate that unequal wealth is producing grotesquely unequal outcomes in criminal justice.”

The intellect and Big Data are leading us in the opposite direction that we need to go in the creation of a sustainable human community. First, we need a deeper understanding and experience of the distinction between illusion and reality. Remember Buddha said the purpose of meditation was to experience “reality.” Secondly, of our two types of guidance, intuition connects us to that “reality” not our intellect which is designed for functioning in the world of form.

For example, Big Data computers are good at playing chess and “Jeopardy” but virtually worthless in identifying the causes of human self-destruction or identifying solutions leading to a sustainable global village. “The Watson computer from I.B.M. that beat human “Jeopardy” champions last year was a triumph of Big Data computing. In theory, Big Data could improve decision-making in fields from business to medicine, allowing decisions to be based increasingly on data and analysis rather than intuition and experience [emphasis added].” Determining the causes of human behavior leading to disease and the failure of economic systems is another matter. For that you need intuition and the experience of the Now.