The Intellect and Swimology 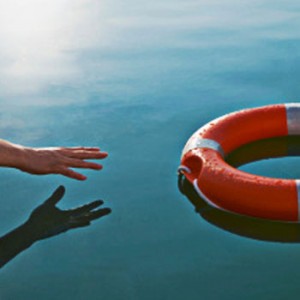 We have been very hard on the much vaunted and venerated human intellect and we ain’t done yet. The intellect reigns supreme in the realm of science which is as it should be but in the larger and more profoundly understood big picture of Simple Reality, science has outgrown its natural limits. It is critical that we come to understand those limits and acknowledge them as we prepare to rewrite our narrative creating a new identity and begin to modify human behavior.

Anyone who has attended a ten-day Vipassana meditation retreat has heard the dhamma-talks of S. N. Goenka. These periods of instruction emphasize natural law or spiritual truths that support the practice of meditation. These insights into universal laws have nothing to do with religion but everything to do with human transformation, changes in consciousness. One of Goenka’s teachings was a parable entitled Swimology. We will paraphrase it here:

Once upon a time an erudite young professor (you guessed it: an intellectual), was making a sea voyage. An old, illiterate sailor visited the cabin of the young professor each evening and they spent many hours in conversation.

One evening as the old man was about to leave the cabin the professor asked, “Old man, have you studied geology?”
“What is that sir?”
“The science of the earth.”
“No sir, I have never been to any school or college. I have never studied anything.”
“Old man,” hissed the learned young man, “You have wasted a quarter of your life.”
The sailor, saddened by his ignorance, thought to himself, “If such a learned man says so, it must be true. I have wasted a quarter of my life.”

The next evening the same pattern emerged. “Old man, have you studied oceanography?”
“What is that sir?”
“The science of the sea.”
“No sir, I have never studied anything.”
“Old man, you have wasted half your life.”
The disconsolate old sailor again thought, “I have wasted half my life; this learned professor says so.”

Early the next morning, the old sailor was pounding on the door of the young, self-assured teacher. “Professor sir, have you studied swimology?”
“Swimology? What are you talking about?”
“The ship has struck a rock and is sinking. Those who can swim may reach the nearby shore, but those who cannot swim will drown. I am so sorry professor sir, you have wasted all of your life.”

With that news from the old sailor, the highly educated professor began rearranging the deck chairs trying to distract himself from the awful reality of his situation. This last sentence (not a part of Goenka’s story) sums up, as we all know, the human condition today. Without the knowledge of the distinction between the intellect and intuition, response and reaction, and feeling and emotion, we shall all surely drown.