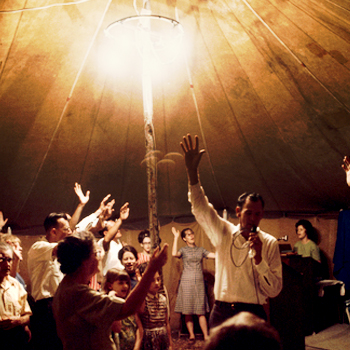 This essay calls into question both the efficacy and the legitimacy of the religions of the world as they are currently practiced by the majority of their followers. Defined as a belief in and reverence for a superhuman power recognized as the creator and governor of the universe, religion to be of practical benefit for humanity need to be defined more specifically. The world’s mystics have, over time, done just that.

The human community needs religion, has always needed religion but has thus far chosen not to accept the teachings of the mystics who have offered the vessel from which a thirsty humanity would have been wise to slake its spiritual thirst.

Christianity as an institution such as the church universal (Roman Catholic Church), such as the United Methodist Church, or the Southern Baptist Convention, or the Episcopalians who ordain women and those who don’t; none of these are ‘Christian’ churches which begs the question, what kind of churches are they?

They could call themselves communities that hold a common worldview, although those beliefs seem to change over time. They could call themselves a refuge for a fear-driven humanity but they seem to exacerbate fear by their behaviors especially towards each other. They could say they are based on divinely inspired scriptures but there must be many gods cranking out precepts or one god who can’t make up his/her mind because many religions claim that only their scriptures are truly divinely inspired and sanctioned by a superhuman creator.

Simple logic cannot accept many religions or many scriptures at odds with and contradicting one another as the One Truth. Fortunately, a careful examination by a discerning analyst will find that the world’s great religions do have certain principles in common. Not surprisingly these basic teachings are the same unchanging universal wisdom found within each human being.

A “Christianity,” for example, founded on the Gospel, the teachings of Jesus of Nazareth, would not have changed throughout history. Those teachings were simple and timeless. They are the same principles that under-gird Simple Reality.

Practicing these eternal principles as expressions of our worldview, our identity and our behavior would lead to a far different experience for humanity than we are currently having. Then we could truly say that we have chosen a legitimate religion. To paraphrase Ghandi when asked what he thought about Christianity he replied, “It’s a good idea, someone ought to try it.” And it remains a very good idea indeed!