The Point of Power Practice 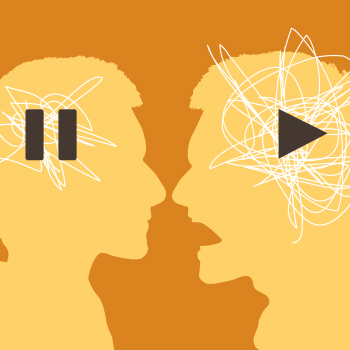 Taking Complete Control Of Your Choices

We don’t have to be highly intelligent to understand Simple Reality because it is indeed simple. We don’t have to be highly disciplined spiritual ascetics, withdrawing from normal life to practice constant contemplation or meditation, waiting decades for transcendence. Simple Reality is not complex or impossibly difficult and we experience the benefits immediately. The caveat here is that we do have to be awake, focused and motivated. Remember that we want our life to become an intentional meditation every moment of every day.  The Point of Power Practice as the central focus of that meditation will provide us with the authentic power and positive use of energy to be successful.

He that is slow to anger is better than the mighty;
and he that ruleth his spirit than he that taketh a city.
Proverbs 16:32

The goal of the Point of Power Practice involves choosing to respond rather than react every moment of every day. Each time this is accomplished, we find ourselves experiencing Simple Reality. Because the goal of meditation when profoundly understood is seeing Reality as it really is, we can say that in using this practice our life becomes a meditation.

When our past false-self survival strategy or other conditioning is triggered, that moment is the point of power. At that “point” we are presented with an all-important choice. We enter P-B when we choose to react, to identify with the body, mind or emotions.  What inevitably follows is the experience of afflictive emotions and suffering. If we pause, remain calm and breathe, choosing to respond, we will experience the “feeling” that characterizes P-A or Simple Reality. The breath is the “thread” that leads through the heart to the present moment and thus to the Implicate Order, which is the source of the wisdom and energy that connects all of creation.

To hear the same process described in a variety of ways might help internalize the meaning at a deeper level. For example, in choosing response over reaction one is able, as Marcus Aurelius said, “… to give the preference to the good thing … and freely choose the better, and hold to it.”

We contrast the description above by a Roman Emperor/ philosopher with the modern language of psychology. “The beginner learns to identify harmful behavior,” says Daniel Brown, “and then ‘practice the opposite’ behavior … According to the laws of cause and effect such opponent action will manifest as positive changes in the stream of consciousness over time; behavior change contributes to intra-psychic change.”  In other words we will have begun the process of shifting paradigms and acquiring a new identity. What follows is the new behavior of a compassionate, liberated person.

The whole strategy of the Point of Power Practice is to remain present while in the context of Simple Reality. Seth says “… you can change your experience by altering your beliefs about yourself and physical existence … we create our personal reality through our conscious beliefs about ourselves, others, and the world. Following this is the concept that the ‘point of power’ is in the present, not in the past of this life or any other.”

“You get what you concentrate upon.”  The Point of Power Practice, choosing response over reaction, ensures that we are concentrating on a wholesome and sustainable narrative, something inherently “Real.”

Human suffering includes craving for plenty, pleasure and power. We all know the illusory nature of obtaining material wealth and feeling empty, of experiencing “pleasure” and still wanting more, and having others within our “power and control” and still feeling helpless. The Point of Power Practice, choosing response over reaction, delivers authentic power, the power of choosing a sustainable story, a wholesome identity and compassionate behavior.

And finally to Ken Wilber who expresses himself in a fascinating, although somewhat, what can I say, “Wilberian” language. As a master synthesizer he is one of the few people who can give us both an eastern and western perspective.  He says that in “… Buddhist traditions the primordial state is one of immediacy … The meditator must learn to negate the more common forms of reactivity—expectations, doubts, evaluatory thought, and the incessant attempt to categorize the unfolding experience.   Consciousness as we ordinarily know it in the West is not pure awareness but rather awareness as it is embodied in the psychological structure of the mind or the brain … These two components, awareness and psychological structure, constitute a gestalt, an overall interacting, dynamic system that makes up consciousness. Techniques exist, however, that are intended to free a person’s awareness from the dominance of the structure, of the machinery that has been programmed into him.”

Such a technique is the Point of Power Practice. Use it! You’ll be glad you did.

More about The Point of Power Practice can be found in these published books by Roy Charles Henry:

Science & Philosophy: The Failure of Reason in the Human Community (2015)

Simple Reality: The Key to Serenity and Survival  (2011)