The Pope and the Politician 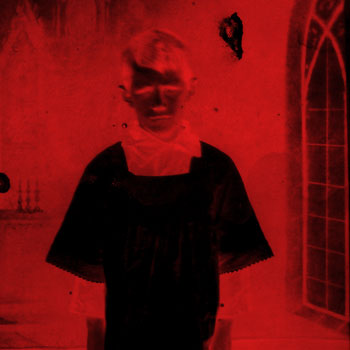 We are all capable of hearing the truth, the gentle, insistent, whisper of the still-small voice. It knows, after all, our deepest yearning, what we all are searching for throughout our short sojourn as expressions of the vital energy we call life. And yet we do a curious thing. Because we don’t trust ourselves and because we don’t trust the Universe, we devise complex strategies to drown out or distract ourselves from hearing the only guidance that will enable us to attain our heart’s longing. Instead, most of us refuse to hear the truth, we deny it. Sometimes we use our voices to confuse the truth, we lie. And finally we refuse to speak at all and in our silence we protect the darkness that shrouds the truth, we keep the truth a secret, not only from others but from ourselves.

We are all victims in P-B, victims of our own delusion and victims of our unwillingness to admit that we have created a human community that does violence to its members in countless ways. Around the world, our community of human beings  often behave with cruelty to one another—but its greatest failing is that the most defenseless among us are the least protected—our children.

We will never understand this self-deception unless we can muster the courage to see and admit what is really happening. Up until now typical human behavior has been like the hear nothing, see nothing, speak nothing monkeys. Our institutions, chiefly concerned with perpetuating power, promoting material wealth or indulging in pleasures of the diseased mind, engage in what can only be described as self-destructive behaviors.

All of humanity is worthy of salvation and in truth all exist in a natural state of eternal redemption but are simply not aware of it. All of humanity struggles to awaken from the nightmare that is P-B. The following is submitted in evidence of this deep and tragic slumber.

There is no evil in humanity or our institutions. Everyone is bitten upon birth by the disease-carrying mosquito of fear and few fail to express its feverish symptoms. Most of us have thrashed about in the delirium of unconsciousness, reacting with fear, greed, jealousy, hatred, lust, violence, envy, and neurotic behaviors too numerous to catalog. We could pick any institution in human society to exemplify false-self behavior.  In this essay we have chosen the Church.

Truth-seekers are rare among us as are truth-speakers. The following voices provide a brief glance at one disease affecting one institution, the Roman Catholic Church and the untold millions who suffer from its infectious syndrome, namely pedophilia.  Sinead O’Connor, herself a victim of Church brutality as a child recalls, “… we Irish endured a brutal brand of Catholicism that revolved around the humiliation of children. I experienced this personally … As recently as 2007, 98 percent of Irish schools were run by the Catholic Church. But schools for troubled youth have been rife with barbaric corporal punishments, psychological abuse and sexual abuse.”

In any non-religious institution, the behavior of church officials would have been a violation of criminal law. Notice how the Church engaged in the process of stonewalling and obfuscation, i.e., lying, denying and the keeping of secrets. “In October [2010], a report sponsored by the Irish government identified more than 100 allegations of sexual abuse by priests in Ferns, a small town 70 miles south of Dublin, between 1962 and 2002.” Also notice how the local police authorities aid and abet the Church in its arrogant stance as an institution not subject to secular law. “Accused priests weren’t investigated by police; they were deemed to be suffering a ‘moral’ problem.”

Enter Joseph Ratzinger and the dysfunctional behavior of institutional “secrets.” Cardinal Ratzinger’s “infamous 2001 letter to bishops around the world ordered them to keep sexual abuse allegations secret under threat of excommunication—updating a noxious church policy, expressed in a 1962 document, that both priests accused of sex crimes and their victims ‘observe the strictest secret’ and be ‘restrained by a perpetual silence.’”

In 2010, Ratzinger, now Pope Benedict, continued to reveal that he headed a deeply unconscious community by “denying” to the victims “… the one thing that might bring them healing—a full confession from the Vatican that it has covered up abuse and is now trying to cover up the cover up.”  The leader of the church, in other words, was lying about the lies.

It is curious that a male dominated institution, as most institutions in P-B have been over the centuries, considers its members above civil law and even divine law. As O’Connor notes, “The Vatican is acting as though it doesn’t believe in a God who watches.”

In the final analysis, it is not the institutions of P-B that are dysfunctional but it is each one of us, all of humanity, that engages in lies, denial and secrets about the story that contains the entire global village. Our refusal to admit that we have collectively created an unsustainable global culture is inimical to human happiness and hostile to human life.

In fairness to Pope Benedict XVI, who had been complicit in perpetuating some of the worst P-B behaviors in his career within the church, we have to acknowledge his ability to admit the institution’s culpability, if not his own. Under pressure from the media, “Benedict was responding to journalist’s questions, submitted in advance.”  Within P-B institutions relative progress is possible even though profound transformation isn’t achieved.

We can take encouragement from the Pope’s response to the media, first, an acknowledgment of the truth rather than the typical defensive behavior described so far in this essay. “In a shift from the Vatican’s initial claim that the church was the victim of a campaign by the media and abortion-rights and pro-gay marriage groups, Benedict said: ‘The greatest persecution of the church doesn’t come from enemies on the outside but is born from the sins within the church.’”

The next step is to move beyond words to taking action which he apparently did. “Benedict has promised that the church would take action to protect children and make abusive priests face justice. He has started cleaning house, accepting the resignation of a few bishops who either admitted they molested youngsters or covered up for priests who did.” This is the beginning of truth and justice on the part of an institution that, like all P-B institutions, has the seeds of its own self-destruction germinating within.

“Portugal [the Pope gave his address in Lisbon] is nearly 90 percent Catholic but only 2 million of its 10.6 million people describe themselves as practicing Catholics. In recent years, Portugal has drifted away from the church’s teachings. Its center-left Socialist government passed a law in 2007 allowing abortion. The following year, it introduced a law allowing divorce even if one of the spouses is opposed.”

Justice for women and children is slow in coming within this male-dominated religious institution but the Church will continue to realize over time that the illusion of false-self power cannot withstand the scrutiny of the authentic power of compassion emerging in the context of Simple Reality.

As humanity becomes more conscious, the dysfunctional behavior of our institutions will become apparent and then we will see reactions that would have been unthinkable in the past. In Maureen Dowd’s column of July 24, 2011 we see this beginning to happen concerning the pedophilia issue. In a recent speech given in Dublin, Enda Kenny criticizes the pope and the Vatican’s choice not to respond with compassion 17 years after revelations concerning the pedophilia scandal. The Cloyne diocese in County Cork exposed an attempt by the Holy See to frustrate an inquiry in a sovereign, democratic republic as little as three years ago [2008], not three decades ago.

The report mentioned in the last paragraph “excavates the dysfunction, disconnection, elitism, the narcissism that dominates the culture of the Vatican to this day [2011]. The rape and torture of children were downplayed or ‘managed’ to uphold, instead the primacy of the institution, its power, standing and ‘reputation.’”

The Church abandoned the teachings of Jesus long ago choosing to express the energy of the false self instead; reaction instead of response, fear rather than compassion. As a Catholic politician, Kenny’s truth-speaking is rare in Ireland. “The Vatican’s reaction was to parse and analyze it [the pedophile’s behavior] with the gimlet eye of a canon lawyer. This calculated, withering position being the polar opposite of the radicalism, humility and compassion upon which the Roman church was founded.”

Prime Minister Kenny and the Irish parliament publicly denounced the Vatican after publishing an investigation into priestly sex abuse in the diocese of Cloyne in southern Ireland. “The report found that the Vatican had undermined attempts by Irish bishops to protect children by warning that their policy requiring abuse to be reported to police might violate church law.”  The priests were threatened with excommunication as we saw in Ratzinger’s letter mentioned above.

The Vatican again went into denial and in early September 2011 accused the Irish prime minister of an “unfounded attack against the Holy See.”  The church denied that it had sabotaged efforts by Irish bishops to report priests who sexually abused children. We can see that in the back and forth reactions of church and state saving face, preserving image and grasping for political power took precedence over protecting the children of Ireland.

We know P-B institutions systematically engage in lies, denial and secrets and the Church exemplified these behaviors in spades during the pedophilia revelations. The report mentioned in the paragraph above “excavates the dysfunction, disconnection, elitism, the narcissism that dominate the culture of the Vatican to this day [2011].”

Diarmaid Ferriter, professor of modern Irish history at University College Dublin observed: “There has been this very obvious and planned and hugely arrogant policy of obfuscation and deliberate delaying tactics and complete avoidance of responsibility on the part of the Vatican. They were actually treating the sovereign government of Ireland with complete contempt.”

If crimes against children cannot rouse humanity from its mesmerized state to find the courage to question our behavior, we clearly need a radical change in direction, or as Jesus might have said a   metanoia, a “rearranged” mind. Simple Reality is such a metanoia but more importantly it is a transformed heart.

It would be absurd to say that a leopard which cannot change its spots is an evil leopard. It is equally unlikely that our institutions whether public or private sector, and those within those institutions, senators or priests, will ever behave morally or rationally in P-B. They will not—they cannot—and even most of the well-intentioned functionaries will eventually succumb to the false self and the self-destructive destiny of humanity in the context of P-B.

It is with heavy hearts that we must admit the truth of what we have read in this essay.  We will be tempted to look away to avoid the pain but that will only prolong the suffering. But we have come full circle from our introduction and we must realize that the truth and its comfort are always at hand. Among the profound and uplifting tenets of Simple Reality is that there are no sinners, no one is culpable in an absolute sense: no sins, no sinners, no evil, no evildoers. All people are unconscious and most suffer the disease of ignorance and fear—the infection found in P-B, and its resultant identity. Compassion and forgiveness is the only antidote. A paradigm shift is the only way forward.