There’s Nothing Out There! 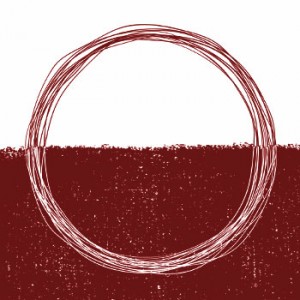 As students of Simple Reality we have learned that the intellect and science operate in circumscribed arenas beyond which they cannot fruitfully stray. In other words, profound questions can be posed to the intellect about say the origin of the fundamental laws of nature but profound answers will not be forthcoming from scientists using their intellects. The answers to our most important questions are the province of intuition not the intellect. There is a difference between knowledge and wisdom that humanity would do well to learn.

In the context of P-A when mystics say “there is nothing out there” they of course don’t mean there is no bird in that tree when we can all see there is a robin sitting on a branch in that cottonwood in plain sight. What they mean is that if we attempt to build a solid and substantial worldview on the foundation of that tree and that robin, we are headed for trouble. Why? Because if we identify with something as ephemeral and insubstantial as physical and ideational form we will be left empty-handed; we will be deriving our identity from a pseudo-reality that will leave us bereft and filled with fear.

Trying to answer our most heart-felt questions in the context of P-B, will require us to accept unsatisfying answers we know to be untrue. We will end up identifying with reactions relating to our body, mind and emotions that in turn will require that we engage in perpetual denial of what is happening around us. We will end up delusional and inauthentic human beings trapped in a hell of our own creation.

Around and around we will go chasing our tail in hopes that when we have it in our teeth everything will stand explained. Cosmologist Lawrence M. Kraus attempts just such a circular pursuit in his book entitled A Universe From Nothing. Not only does he find himself caught in a dizzying circular pattern but also in conflict with self-appointed authorities in other fields of inquiry. Power-seeking egos caught up in the illusion of P-B can get ugly. “He [Krause] complains that ‘ some philosophers and many theologians define and redefine “nothing” as not being any of the versions of nothing that scientists currently describe’ and that ‘now, I am told by religious critics that I cannot refer to empty space as “nothing,” but rather as a “quantum vacuum” to distinguish it from philosopher’s or theologian’s idealized “nothing,”’ and he does a good deal of railing about ‘the intellectual bankruptcy of much of theology and some of modern philosophy.’” We can see how easy it is to get caught up in “much ado about nothing” when we let our intellect get in over its head, so to speak.

Krause is actually right in the sense that theologians and philosophers are no more qualified to deal with the nature of Reality than are scientists. That is because our true identity is grounded in something much more real than philosophy, religion or science can comprehend.