Yahveh the God of War 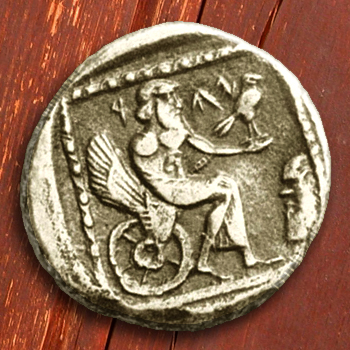 One of the most insidious beliefs in P-B is the paranoid illusion of the other, the other person, the other tribe, the other nation that is out to get you. This belief was certainly central to the worldview of the people living in the area known as the Fertile Crescent. “To a distant and yet discerning eye the Near East, in the days of Nebuchadrezzar, would have seemed like an ocean in which vast swarms of human beings moved about in turmoil, forming and dissolving groups, enslaving and being enslaved, eating and being eaten.” This is a stark description of human behavior resulting from a belief in the other. Only the details are different many centuries later in our own time. In our religious institutions the other plays an especially insidious role.

The gods of humanity have evolved with us and as we became more civilized so did they although sometimes lagging behind. We will return to this time in history and narrow our focus on the area known as Judea, the people known as the Jews and their god known as Yahveh. “Never was there so thoroughly a human god.”

In Simple Reality we think of the source of all Creation as having the qualities of omniscience, omnipotence, omnipresence and compassion. “[Yahveh] makes no claim to omniscience: he asks the Jews to identify their homes by sprinkling them with the blood of the sacrificial lamb, lest he should destroy their children inadvertently along with the first-born of the Egyptians; he is not above making mistakes, of which man is his worst; he regrets, too late, that he created Adam, or allowed Saul to become king. He is, now and then, greedy, irascible, bloodthirsty, capricious, petulant … his conscience is as flexible as that of a bishop in politics.” But above all Yahveh is a god of war.

“‘The Lord is a man of war,’ says Moses; and David echoes him: ‘He teacheth my hands to war.’ … He is as vain as a soldier; he drinks up praise with a bottomless appetite, and he is anxious to display his prowess by drowning the Egyptians.”   The god of the Jews became more civilized when he was given a home and could stop his nomadic way and settle down like the Jews themselves.

The Temple in Jerusalem was that home. “It not only gave Yahveh a home, but it gave Judea a spiritual center and capital, a vehicle of tradition, a memory to serve as a pillar of fire through centuries of wandering over the earth. And it played its part in lifting the Hebrew religion from a primitive polytheism to a faith intense and intolerant, but none the less one of the creative creeds of history.”