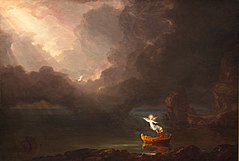 Romanticism in the late 18th century stressed strong emotion, imagination, freedom from classical correctness in art forms, and rebellion against social conventions. Also anti-rational, stressing individualism and obsessed with death, destruction, the bizarre and the exotic.

“Where Neoclassicism had portrayed a high morality that placed the good of society above all, Romanticism was centered in the subjective consciousness, the individual in isolation.”[i] 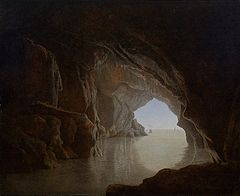