A pundit is a person who purports to understand the nature of reality but rarely, if ever, does.
— Roy Charles Henry

I am old-fashioned—hell, I’m old! Anyway, I love to read the morning newspaper in my favorite coffee shop with my latte (lots of foam). I am there 6 mornings a week, so the baristas and I are on a first-name basis and since I’m so charming, my foam, toasty brown, resembles meringue rather than the airy stuff favored by pseudo-connoisseurs. I don’t know anything about coffee but I’m an expert on the whole image/appearance thing. I appear hip, with my beret and New York Times, until you get to know me which is why I don’t talk to anybody and keep my nose in my newspaper; that and the fact that I’m an introvert and I don’t particularly care for small talk.

The coffee shop/newspaper relationship is a rich and storied one. Take London in the 18th century. Coffee shops back then were gathering places of the idle London male and not a place for introverts. What did they talk about? Everything, of course, but especially the morning news found in the ancestor of today’s much larger periodicals. Not “the news of the world” that we are familiar with today. “One of the forms which the eighteenth century brought to supreme perfection is that blending of literature and journalism which we call the periodical essay—a short essay, on some topic of general interest, published as the principal material of a four-page periodical appearing several times a week.”

Authors of the Tatler and the Spectator, Joseph Addison (1672-1719) and Richard Steele (1672-1729) established the model followed for the rest of the century by such notables as Dr. Samuel Johnson (1709-1784), author of the Rambler and Idler, and Oliver Goldsmith (1730-1774), author of the Public Ledge. The occupants of London coffeehouses were not there for the foam nor were they introverts. The conversation, though not all, of course, of the intellectual caliber of that which was stimulated by Dr. Johnson in his favorite haunts, was nevertheless always lively.

The population of eighteenth-century London was 800,000 and there are said to have been 3,000 coffee houses which did serve stronger drink and pipe tobacco as well.  I wonder how many Starbucks coffee shops there are in London today? I digress! Although I would not have wanted to participate in the conversation in Dr. Johnson’s favorite coffee houses, I would like to have been a fly on the wall. Why?

Take note of the people who showed up there, many attracted by the brilliant flow of Johnson’s rhetoric. He wasn’t the only gifted conversationalist. In addition to Dr. Johnson, who wrote the first Dictionary of the English Language single-handed, were his good friend and biographer, James Boswell (Life of Johnson), which was named one of the 12 greatest books in the English language in British Prose and Poetry. Thomas Sheridan, the father of the playwright, Sir Joshua Reynolds the painter who did a portrait of Johnson, Christopher Smart who wrote the poem A Song of David, and David Garrick the actor were apt to be found contending with or supporting the garrulous Johnson. Also, among Johnson’s favorite coffee house confreres was Oliver Goldsmith author of She Stoops to Conquer, one of the great comedies of our language still staged today, and The Vicar of Wakefield whose protagonist is characterized in British Prose and Poetry as one of the great creations of English fiction. 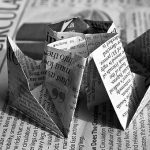 A wild and wooly environment.  But would the nascent journalism of the time have been able to make distinctions between illusion and reality any better than our talented newspapermen of today. Would they have seen the futility of jingoistic-incited war? Of course not.