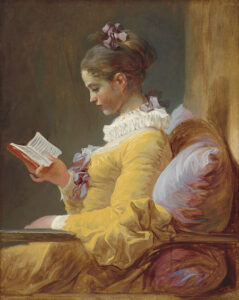 The search is what anyone would
undertake if he were not sunk in the
everydayness of his own life.
—  Walker Percy

Often the printed word, including this book, seeks to “enlighten” or offer sage words of advice to those who have yet to experience the rough patches of life. But most of the advice in the printed words over the ages echoes from the halls of illusion and involves the blind leading the blind. For a discriminating listener, much that we hear will help us break the bonds of fear that enslave us.

In revisiting great works of literature, we will deepen our understanding of the human condition by simply changing the context of the writings we examine. In other words, we will view from a Simple Reality perspective, and thereby gain new insights into the process of Self-realization.

In some of our essays we will use standard elements of literary structure and content to analyze, synthesize and evaluate the prose. The following definitions support our process:

The true purpose [of fiction] is to alter reality.
— Upton Sinclair[ii]

“One writer by nature is conventional and holds that art may best find expression when governed by rules; him we designate the classicist. Another is equally convinced that it is the purpose of literature or painting to portray a better-than-known world—he wants to idealize; him a few call the romantic. And a third, who alike scorns the formality of the classicist and the idealization of the romantic; him we call the realist. And when a whole period, such as the first part of the eighteenth century in England, is under the influence of literary conventions, we have a ‘classical’ period; when Coleridge, Shelley, Hugo idealize life, we speak of a ‘romantic’ movement; when Flaubert, Dostoevsky, Theodore Dreiser search deep into the souls of Emma Bovary, or Raskolnikoff, or Clyde Griffiths, we find ourselves in a ‘realistic’ epoch.”[iii]    (Emphasis added)

And finally, in our introduction we give the last word to James Joyce who has Stephen Dedalus’s mother in A Portrait of the Artist as a Young Man praying that someday her son would learn “What the heart is and what it feels.”