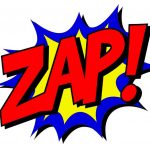 Graphic Arts comprises a wide-ranging array of artistic expression, both two- and three-dimensional.  It includes sketching, drawing, carving, computer visuals, animations, and so much more including comics.

Cartoons are the precursor to comic books.  Popular in England in the 1800s, they were first political cartoons printed in newspapers.  They developed into comic books and superheroes in the 1930s.

Recoiling from the discontents of the present, the yearning of the artist reaches back to that primordial image in the unconscious which is best fitted to compensate the insufficiency and one-sidedness of the spirit of the age. The artist seizes this image, and in the work of raising it from deepest unconsciousness and bringing it nearest to consciousness, he transforms its shape, until it can be accepted by his contemporaries according to their capacities.
— Erich Neuman, Psychotherapist