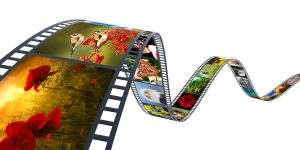 The following definition of Film Noir by Howie Movshovitz who teaches courses on film at the University of Colorado gives us an idea of the rich environment we enter when the lights come down and the projector starts to roll the celluloid.

The fundamental noir elements—a weak male overwhelmed and blinded by frank female sexuality, a dark and tricky urban setting, petty ambition and an overall sense of the bleakness of the world … the real power of noir, to lead the audience to understand its own fragile state in the world … great film noir also refuses to the audience the privilege of feeling superior.
–Howie Movshovitz

Have you gotten a feel for the relationship between the art of film and Simple Reality? If not, you will.