“Sir, is this supposed to be happening?”

American writer George Saunders was flying from Chicago to Syracuse when shortly after takeoff, a loud sound indicated that something had hit the side of the plane. And then it happened again. People starting screaming and thick black smoke began streaming out of the fresh-air nozzles overhead. The pilot comes on and unable to conceal the panic in his voice tells everyone to keep their seatbelts on. The plane turns back toward O’Hare. At that point a 14-year-old boy next to Saunders turns to him and says, “Sir, is this supposed to be happening.”

The plane had hit a flock of geese and all aboard had experienced what could be called a “near-death experience.” But the plane landed safely. Saunders recalled: “For three or four days after that it was the most beautiful world. To have gotten back in it, you know? And I thought, if you could walk around like that all the time, to really have that awareness that it’s actually going to end. That’s the trick.” Perhaps many of us are living in denial, not so much of death, but of life. Is this supposed to be happening? 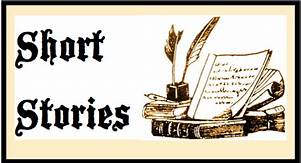 Who is George Saunders? Tobias Wolff taught Saunders in the mid-‘80s when Saunders was in the graduate writing program at Syracuse. “He’s been one of the luminous spots of our literature for the past 20 years.”

George Saunders is a writer who looks at what is happening in P-B America and often seems to say, “No, this is not supposed to be happening but it is so how do we make the best of it.” Junot Diaz has felt the impact of Saunder’s writing: “There’s no one who has a better eye for the absurd and dehumanizing parameters of our current culture of capital. But then the other side is how the cool rigor of his fiction is counterbalanced by this enormous compassion. Just how capacious his moral vision is sometimes gets lost, because few people cut as hard or deep as Saunders does.”

There is a kind of madness in our eagerness to distract ourselves from the shortness of life and at the same time refuse to “feel” the ineffable beauty of the experience of a life lived with awareness. This didn’t make sense to Saunders either. “Whereas the probability is high that there is a vast reality that we have no way to perceive, that’s actually bearing down on us now and influencing everything. The idea of saying, ‘Well we can’t see it, therefore we don’t need to see it,’ seems really weird to me.”

Nevertheless, the process of seeking the truth, as all serious writers do, has its own rewards. Many of those pursuing a career in creative writing can make the mistake of seeing success as being defined by the security energy center of the false-self survival strategy. Saunders felt it a mistake to think of writing programs in terms that are “too narrowly careerist.  Even for those thousands of young people who don’t get something out there, the process is still a noble one—the process of trying to say something, of working through craft issues and the worldview issues and the ego issues—all of this is character building, and, God forbid, everything we do should have concrete career results. I’ve seen time and time again the way that the process of trying to say something dignifies and improves a person.”

Staying open to choosing to respond to life can become an approach that also works in the process of writing short stories and essays.  “Don’t be afraid to be confused. Try to remain permanently confused. Anything is possible. Stay open, forever, so open it hurts, and then open up some more until the day you die, world without end amen.”