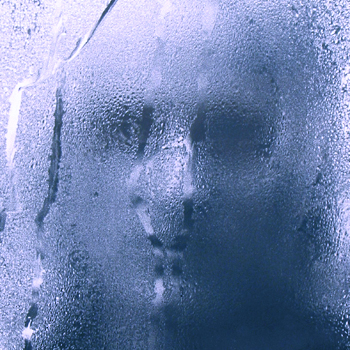 Energy has been used to create a fear-driven narrative
but we can always use that same energy to express a story wherein compassion is the dominant human expression.

Human energy, the motive power of the life we have been given, is neutral and is accompanied by free will which is also a wonderful gift of life. How we use these gifts when deciding how we want to live on this planet makes all the difference in what our experience has been and will be. Understanding the part played by fear in creating an unsustainable human community will help us make better choices in the future.

And if it is a fear you would dispel,
the seat of that fear is in your heart
and not in the hand of the feared.
Kahlil Gibran

The perfect beginning for this article is Einstein’s crucial question that we have used before. Is the universe friendly or not? To answer in the negative reveals our containment in P-B. In working with his clients, therapist Philip Kavanaugh affirms the importance of Einstein’s insight. “The panic attacks, anxiety, and depressions that I have observed are all symptoms resulting from a feeling of being alone and helpless in an uncaring universe.”   Fear is inescapable without the ability to enter the present moment by ceasing our reactive behaviors.

Fear of death was the first thing on earth to make the gods.
Lucretius

Religion as Lucretius realized was born out of fear which tells us that conventional religion and P-A are incompatible. However, Edward Edinger realized that in P-B both believers and unbelievers alike cannot escape fear. “If one is a religious believer he will be afraid of acknowledging his unconscious doubt. If one has no religious beliefs, he will be afraid to admit his sense of spiritual emptiness.”

Nothing real can be threatened.
Nothing unreal exists.
Herein lies the peace of God.
A Course in Miracles

A Course in Miracles transcends conventional religious beliefs, attitudes and values and is a good source of P-A principles, including the absence of fear. Being able to respond to fearlessness is nothing more than being in the Now. We can never repeat too often the observation of the great teacher J. Krishnamurti when he was asked to give the reason for his fearless state of being. “I don’t mind what’s happening,” he said, and he meant that he was not reacting to life out of fear. We can see the relationship between fear and the false-self energy centers when we create suffering by seeking to satisfy our basic need for security, sensation and power. Only in P-A can we profoundly understand what the words from A Course in Miracles or Krishnamurti’s words really mean and which human behaviors are truly “fearless.”

A “circle of fear” is a closed loop which is difficult to break out of without a shift in worldview from P-B to P-A. Unconsciousness (lack of awareness) = resistance to reality = fear = afflictive emotions = addictive (habitual) reactions related to security, sensation and power (the false-self energy centers) = unconsciousness. Hence, around and around we go ad infinitum. As we shift toward what Buddha called “right view” or awareness of the nature of reality (P-A), we begin to spiral upward toward increased consciousness. Or we can “shift” immediately into the NOW beyond reaction into compassionate awareness. When this happens there is no evolution or process or circular movement only the serenity, peace and joy of being in the present moment.

In her exposition of A Course in Miracles entitled A Return to Love, Marianne Williamson expresses a realization that she feels we would all do well to internalize: “Fear is the root of all evil. It’s the problem with the world.”

From A Course in Miracles answering the question: What if I don’t want to give up my fears because they help me protect myself? “What you give up is merely the illusion of protecting illusions. And it is this you fear, and only this. How foolish to be afraid of nothing! … Your defenses will not work, but you are not in danger.  Recognize this, and they will disappear. And only then will you accept your real protection.”

Rollo May concludes that: “This bewilderment—this confusion as to who we are and what we should do—is the most painful thing about anxiety.”  To dispel fear it is crucial that we have a profound response to the Three Great Questions Where Am I?  Who Am I?  Why Am I Here?  Internalizing P-A will give us those answers. Then we will have an identity that will make us at home in the universe, unlike Willy Loman, in the play Death of a Salesman.

He never knew who he was.
Arthur Miller from Death of a Salesman

Fear is unavoidable for the newborn infant who is dependent upon others as he/she begins to develop the survival strategy that will later have to be transcended to overcome fear-driven reactions. Dr. Willard Gaylin in Adam and Eve and Pinocchio: On Becoming Human, confirms this early challenge as a source of fear. “This rapid early development will lead the neonate to the crucial inference that is the primary lesson of infancy: survival depends on the beneficence of some protective others, not yet identified as parents. Terror, therefore, is equated with abandonment, separation, or even simple isolation. Separation anxiety is the model on which all later insecurities will be elaborated.”

Philip Kavanaugh learned in his counseling practice that in constructing the sensation portion of our survival strategy, which results in our addictive behaviors, fear plays a crucial role. “It is important to recognize that fear is the hallmark of all unhealthy addictions, addictions which block us from looking within or listening to our intuition and feelings. It is fear that keeps us from finding inner spiritual wisdom—the kind of discernment and insight which are our healing source.”

How can we explain why so few people are able to awaken into the present moment? Could it be fear? And if so, what is the basis of that fear? Ontology, the branch of philosophy that deals with “being” may have our answer. From Rollo May’s book The Discovery of Being we have: “Anxiety is the experience of the threat of imminent nonbeing.”   It seems we have anxiety if we believe in the ultimate reality of death or nonbeing. In P-A, we know better than that because we do not identify with the body and are free from existential anxiety. If however, humanity continues to ignore its suffering, we may expect to experience more of that guilt, shame, regret and anxiety that characterizes our life in P-B.

The importance of facing our fear in the present moment and choosing response over reaction is critically important. The alternatives are, as we know, unacceptable. Using the terminology of the existentialists we have three choices. First, we must summon what Paul Tillich called “the courage to be” and face our anxiety on the way to “being” or P-A. Secondly, if we choose reaction we will experience guilt at having missed our only opportunity to achieve Self-realization. And, finally if we submit to fear, we will also experience ennui, the boredom and self-loathing that results from believing that we have done nothing and have become nothing. In the existential choice of being and nothingness, we will have chosen the nothingness of P-B.

“The illusory foundation of our normal outlook, said Gandhi, is fear. But fear has no place in our hearts once we have eradicated the most ingrained attachments, particularly those involving wealth, pleasure and safety [security, sensation and power]. Gandhi also said that we become intrepid when we no longer consider ourselves owners, but ‘trustees’ of what life has assigned to us, and no longer masters making demands on others, but servants who have nothing to lose. Then ‘all fears will roll away like mists.’”

There is no fear in love; but perfect love drives out fear.
I John 4:18

The mystic and former Catholic priest Matthew Fox sees “that ole time religion” as a source of fear. “A devastating psychological corollary of the fall/redemption tradition is that religion with original sin as its starting point and religion built exclusively around sin and redemption does not teach trust. Such religion does not teach trust of existence or of body or of society or of creativity or of cosmos. [It does not teach that the universe is friendly.] It teaches both consciously and unconsciously, verbally and non-verbally, fear.”

Fear is the absence of compassion just as darkness, which has no substantial reality, is the absence of light. The religious concept of redemption then is not the overcoming of sin, which has no substantial reality, but in the overcoming of fear. Thomas Troward focuses on the role that the mind plays in creating fear. “‘We are surrounded by all sorts of circumstances that we do not desire.’ Yes, you fear them, and in so doing you think them; and in this way you are constantly exercising this Divine prerogative of creation by Thought, only through ignorance you use it in a wrong direction.”

Why doesn’t our political system, our government, seem to be able to identify and solve problems? Could it be that it is a fear-driven institution? In the 1992 presidential election James Squires, Ross Perot’s top media adviser gives us the answer. “The whole thing in politics is fear. We always vote for who we are most comfortable with,” Squires said. “So you try to make the world afraid.”

The people I am scared of are the people who are scared.
Robert Frost

Building on Perls’ observation we add that fear is energy that presents us with an opportunity to choose a response or a reaction. If we choose to identify with the mind, body or emotions then we will react and that energy will become an afflictive emotion in P-B. If we employ the Point of Power Practice, breathe and respond, then the energy becomes compassion and is contained in the eternal Now of P-A and we will have transcended fear. And each time that we do this, fear, like all other illusions will lose its energy and fade away like a summer mirage on the blinding-hot interstate.