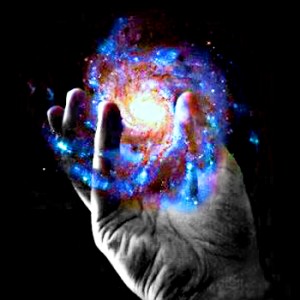 The intuitive mind is a sacred gift, and the rational mind is a faithful servant. We have created a society that honors the servant and has forgotten the gift.
Albert Einstein

“Albert Einstein also claimed that mysticism was ‘the sower of all true art and science …’”  Some people may be surprised to learn that Einstein’s contribution to the treasury of human knowledge as a mystic was more valuable than that of his physics. One is eternal and the other ephemeral.

We begin this blog on mysticism with a dictionary definition: “Mysticism: a spiritual discipline aiming at union with the divine through deep meditation or contemplation.”   American Heritage Dictionary

A mystic is one who intuitively perceives truth and, without mental process, arrives at Spiritual Realization.   Ernest Holmes

Ernest Holmes, a mystic himself gave us his definition of the term and had more than one way of describing an experience that we all seek. “Mystic: one who has a deep, inner sense of life and of his/her unity with the whole.”

The world of so-called spirituality is full of confused people. What is the distinction between a mystic and a psychic? A psychic is connecting through the intellect to the world of form and receives impressions of subjective or objective illusion. A psychic operates in the context of P-B and a mystic in the context of Simple Reality. Since all mystics are contained in the same paradigm with the same identity they teach the same Truth. In studying the content of psychic material we would find that psychics contradict one another. Holmes can help bring us to clarity. “All of the great mystics have taught practically the same thing. They have all agreed that the soul is on the pathway of experience, that is, of self-discovery; that it is on the way back to the Father’s House; and that every soul will ultimately reach its heavenly home.”

The Perennial Dictionary of World Religions also defines mysticism as a process or “pathway of experience” with the emphasis on experience. “… testimonies of mystics fit the pattern of a journey or a way illuminated by a transformative, unmediated, unitive experience with reality, that in whom/which human experience realizes the fullest dimensions of its authenticity.”

Shifting paradigm to Simple Reality, i.e., changing the context of our understanding, often profoundly changes the nature of knowledge itself. “Material evolution is an effect, not a cause. This reverses the popular belief, declaring that evolution is the result of intelligence, rather that intelligence being the result of evolution!”

Mystics, of course, have taught about Simple Reality “… [and] the ultimate salvation of all people and the immortality of every soul. Indeed, they have taught that IMMORTALITY IS HERE AND NOW, IF WE WOULD BUT WAKE TO THE FACT.” Mystics can get frustrated at not being heard and find it hard to reach an unconscious community, especially when they are in the process of creating so much suffering.

Holmes has a refreshing and profoundly insightful way of describing Jesus’ Gospel. “The great mystics like Jesus have taught that as we enter into the One, the One enters into us and becomes us and is us.”

“A pervasive paradox underlying the study of mystical expressions is the mystics’ insistence that their experience transcends ordinary categories of cognizing and, hence, language … Mystical utterances may not be intended primarily to describe either a subjective mode of awareness or an objective reality but to evoke and transform, to act as a catalyst for insight. This suggestion reminds us that mystics are moved to speak as a result of profound experience, not in order to defend a definition or create a theological system. That their language may seem paradoxical or even illogical suggests not only the noumenal nature of their own experience, but their intention as transformed persons to act as midwives of mystical experience.”  Mystics are then advocates of Simple Reality or in the language of Buddhism, Boddhisatvas (those who live in the present moment and want to help others with the paradigm shift).

To repeat and clarify, mysticism involves a direct experience of Simple Reality including the fundamental insight (Buddha’s “right view”) into the illusory nature of the self, the ego. “Evelyn Underhill (1875-1941), one of the great scholars of Christian spirituality, defines mysticism as ‘the hunger for reality, the unwillingness to be satisfied with the purely animal or the purely social level of consciousness.’”  She continues, “Mysticism, in its pure form, is the science of ultimates, the science of union with the Absolute, and nothing else, and that the mystic is the person who attains to this union, not the person who talks about it. Not to know about, but to Be, is the mark of the real initiate.”

What does it feel like to be a mystic? Marsha Sinetar describes them in her appropriately titled book: Ordinary People As Monks and Mystics. “Unlike those I call monks who wouldn’t call themselves that, the mystic always knows that he or she is a mystic. Mystics are the ones who hunger and thirst after righteousness, as the Bible puts it, the ones who yearn for continued or increased union with the other reality they themselves feel is the real reality—the reality which heals and makes all things new again.”

All people are capable of having the experience of mysticism (see the article on “peak experience” in Who Am I) which is an awareness of the reality of Oneness. In the present moment they have realized the inter-connectedness and inter-relatedness of all of Creation; they are, in short, awake!

At times I feel as if I am spread out over the landscape and inside things and am myself living in every tree, in the splashing of the waves, in the clouds and animals that come and go, in the procession of seasons.    C. G. Jung

Christian mystics, especially those who lived a monastic life, were able to transcend the need for conventional precepts as the compassion of the present moment transcended the false self. “… all those precepts which formerly he had not observed without fear, he will now begin to keep by reason of that love, without any effort, as though naturally and by habit.”

Sufi’s, the Moslem mystics, understood the importance of connection between meditation and mysticism. “Meditation for one hour,” said an early Sufi master, “is better than ritual worship for a whole year.”  The distinction between intuition and the intellect is also a key to the Sufi worldview. “When the heart begins to recite, the tongue should stop.”  Jung agreed that talking and thinking are barriers to the present moment. “… for nothing is more injurious to immediate experience than cognition.”

The mystic Gerald Heard, author of Training for the Life of the Spirit, says that “… the true mystic does in the inner world of mind and consciousness what the scientist does in the outer world of matter, energy, light, time-space, and causation.”

If the doors of perception were cleansed
Everything would appear as it is—infinite.     Blake

The ancient Greek seer (prophet) Teresias was both blessed and cursed. He was blessed in that he knew the future. He was cursed in that whenever he told someone the future, they would not believe him. Mystics around the world teach deeper truths every day. These truths are simple but not congruent with current beliefs about the nature of reality.

Karen Armstrong must experience the same frustration that Teresias had in that she teaches an alternative interpretation of Christianity. “The mystical experience of God has certain characteristics that are common to all faiths. It is a subjective experience that involves an interior journey, not a perception of an objective fact outside the self; it is undertaken through the image-making part of the mind—often called the imagination—rather than through the more cerebral, logical faculty. Finally, it is something that the mystic creates in himself or herself deliberately: certain physical or mental exercises yield the final vision; it does not always come upon them unawares.”

Armstrong saw the discipline of meditation (contemplation) as central to experiencing the distinction between reaction and response. “The aim of the contemplative was to go beyond ideas and also beyond all images whatsoever, since these could only be a distraction.”

Courage and commitment are attributes indispensable for the mystic. “The mystic was engaged in a ceaseless struggle to distinguish the compassion, love and beauty of God in all things and to strip away everything else.”  Entering the present moment enough times and developing the skill to remain there longer and longer, each time we will find the anxiety found in P-B begins to diminish. The experience of simplicity, solitude and silence will deliver the practitioner into the serenity of Simple Reality.