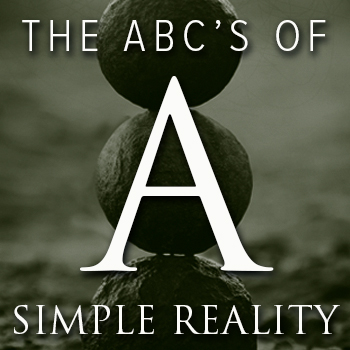 “It is likely that all addictions are fueled by a common energy source—FEAR.”  With psychiatrist Philip Kavanaugh’s diagnosis, we would have to accept the realization that we are all addicts. Ken Wilber’s definition of addiction further deepens our understanding of the addiction dilemma.  [He says] “one cannot get enough of what one does not really need, a whole battery of insatiable neurotic needs develop.” Wilber has also described the process that we are all engaged in, the construction of the false-self survival strategy.

Given the ideas we’ve just read, we see (if we have the courage to look) some of the superstructure of P-B imploding around us. A deeper understanding of the dynamics of addiction can help reverse or eliminate this cause of suffering for us as individuals if not for the global villager as a whole.

“In energy terms, any behavior motivated by the fear of internal growth qualifies as an addiction.”  Expressions of addictions in P-B can be found in all three energy centers of the false self, namely security, sensation, and power. When we find ourselves engaging in the classic P-B behaviors of lying, denial and keeping secrets there is a good chance that addictions are involved. Nothing indicates how unsustainable P-B is than the prevalence of addictive behaviors.

Much of humanity is in full flight with the imagined dragon of their fear breathing fire and brimstone close behind. “As a somewhat cynical friend of mine, a psychiatrist, likes to say. ‘You will know a lot about human motivation once you realize one thing: ninety-nine percent of humanity spends ninety-nine percent of their time trying to avoid painful truths.’”  This is Deepak Chopra’s characterization of the human condition where we are in full-flight from our false-self identity.

Addiction is usually progressive and it will often lead to death unless we actively recover from it. Addictions are also used to seek sensations that substitute for love and esteem (the sensation energy center) and as a kind of “medication” to avoid or deny the suffering of P-B. “An addiction keeps us unaware of what is going on inside us. We do not have to deal with our anger, pain, depression, confusion, or even our joy and love, because we do not feel them, or we feel them only vaguely.”

Mythology and dreams studied by Jung and Pascal in the field of depth psychology helped deepen our understanding of addiction as a source of suffering and mental illness. “When the irrational elements—Dionysus, for example—are forced into the unconscious, they can only be experienced negatively, in the form of rampant compulsions and addictions of all kinds that translate as years of inconceivable crucifixion and living death for many wretched souls.”

“Addicts who have thought much about their behavior will tell you that the repression of feelings in their childhood environments led them to their addictions. Because their childhood experiences taught them they were bad to want love and affection, their hunger went underground; it became fierce; they were compelled to seek fulfillment in the darkness.”

Addictions not only flourish in individuals they are rampant in the institutions of our society. “The military establishment, in this post-cold-war era, survives and flourishes on an appeal to our addictive fears of being overwhelmed and out of control [chaos] to a faceless enemy [the other] depicted in the media [projection]. The life insurance and investment businesses thrive on our addiction to security and our fears of being elderly, alone and impoverished. Even established religions pander to our addictive fear of death and the hereafter by selling salvation.”

“As strange as it may seem, addictions are always attempts to solve problems and maintain or regain control over energy. Clearly, some addictions are more healthy than others. Often our first steps in healing involve upgrading, replacing unhealthy addictions with more healthy ones. These upgraded addictions are referred to as ‘transitional addictions.’ This process can be continued, step by step, until we become addicted to a source of happiness, peace, and serenity.”

Another even more effective practice in dealing with addictions, which always manifest as reactions, is the Point of Power Practice.  Reactions are afflictive emotions or conditioned behaviors associated with our addictions. Choosing to respond rather than react is an effective way to deal with addictions for anyone who is not clinically ill.  “Cravings are cyclical. If you can face them for a short period, they will retreat until the next time. The time between attacks will become longer, and you will start gaining the upper hand.”

Addictions are not a problem in P-A because in the present moment we do not identify with the false self and the afflictive emotions that drive addictive behavior are not allowed to cause the reactions that are the heart of self-destructive behavior. When fear begins to trigger aspects of the old conditioned survival system, we employ the Point of Power Practice, remain in the present moment by responding. By not identifying with the body, mind or emotions, we have no need for the escape mechanisms of addiction. We have instead identified with the joy, compassion, peace and freedom of the Now.