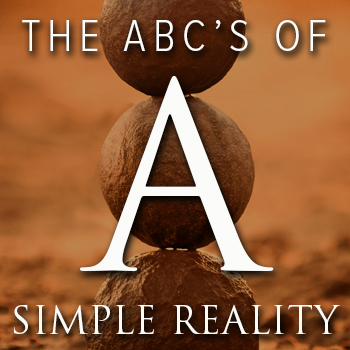 We cannot understand the behavior of the false self without developing at least a basic awareness of the work of C. G. Jung relating to the collective unconscious, archetypes, the anima and the animus. “The anima and animus draw their power especially from the collective unconscious, but they are also conditioned by a person’s individual experience. They therefore have three components: an innate, unconscious ‘predisposition for imaging contrasexually’ images and symbols of femininity/masculinity culturally transmitted through mythology, art, fairy tales, religions, etc. (themselves heavily influenced by the archetypes), personal experiences of the opposite sex.”

Animus (within the female)

Most of us are not conscious of the Anima and Animus experiences of the opposite sex. “Woman is compensated by a masculine element and therefore her unconscious has, so to speak, a masculine imprint. This results in a considerable psychological difference between men and women, and accordingly I have called the projection-making factor in women the animus, which means mind or spirit. The animus corresponds to the paternal Logos just as the anima corresponds to the maternal Eros.” This is Jung’s understanding of his experience of these two archetypes which manifested in his patient’s dreams and in his study of mythology.

In the following paragraph we have taken the liberty of changing Erich Neumann’s wording (from male to female) to describe the archetype within the female.

Animus Projection: The individuated woman identifies with those personal qualities that are symbolically feminine; she develops these potentialities and to some extent integrates their unconscious influences into her conscious personality. However, she does not recognize qualities that are symbolically animus—those particular characteristics and potentialities that are significant components of her personal unconscious and therefore carry a special emotional charge—onto a few men for whom she will then feel a strong and compelling emotion (usually positive but occasionally negative). Infatuation (an instant, powerful attraction for a man about whom she knows little) is one of the signs of animus projection, as is compulsive possessiveness.

Anima (within the male)

Below is the original quote from Erich Neumann, describing the archetype within the male.

“Anima Projection: The individuated man identifies with those personal qualities that are symbolically masculine; he develops these potentialities and to some extent integrates their unconscious influences into his conscious personality. However, he does not recognize qualities that are symbolically anima [female]—those particular characteristics and potentialities that are significant components of his personal unconscious and therefore carry a special emotional charge—[projected] onto a few women for whom he will then feel a strong and compelling emotion (usually positive but occasionally negative). Infatuation (an instant, powerful attraction for a woman about whom he knows little) is one of the signs of anima projection, as is compulsive possessiveness.”

This dynamic explains the prevalence of violence that women experience from men which ostensibly is irrational but reveals unconscious reactions projected onto women.

Men would do well to become more aware of the “feminine within.” “It is the feminine qualities that bring meaning into life: relatedness to other human beings, the ability to soften power with love, awareness of our inner feelings and values, respect for our earthly environment, a delight in earth’s beauty, and the introspective quest for inner wisdom. With these qualities shortchanged, we don’t find much meaning. With our swords and lances we build our empires, but they don’t give us a sense of meaning or purpose.”

Adding the drive for security and power helps explain how the male throughout the global village loses touch with an important aspect of his inner wisdom. “None of us is fully awake as to how much the masculine pursuit of power, production, prestige, and ‘accomplishment’ impoverishes us and drives the feminine values out of our lives.”   Understanding the sometimes frantic pursuit by males of plenty, pleasure and power, on the treadmill of having, doing and knowing sheds light on an otherwise inexplicable madness of wars and domestic violence.

One aspect of our inner wisdom, both male and female, is to not give in to the false-self tendency to react rather than to respond or “let go.” “One of the great strengths of the inner feminine is the ability to let go, to give up ego control, to stop trying to control the people and the situation, to turn the situation over to fate and wait on the natural flow of the universe.” In other words, there is a solution available for men to explain and address their self-destructive behaviors.

“Let us remember that what we call anima is a man’s soul. My soul is not some amorphous, sentimental notion invented for love letters. My soul is a specific part of me with specific function: It is a psychological organ that performs a life-giving role within this strange and wonderful combination of psychological and physical parts that makes up a human being. Each man’s soul demands that he be, and that he live, every great archetypal role in the collective unconscious: the betrayer and the betrayed, the lover and the beloved, the oppressor and the victim, the noble and the ignoble, the conqueror and the conquered, the warrior and the priest, the man of sorrows and the self reborn.” The male has free will to choose the healthier of these identities but without a healthy worldview (P-A) that supports a wholesome identity (True self), choosing to embrace life as it is  instead of reacting and resisting what is happening, he will be very unlikely to make that choice.

“Our culture trains women that their role is not to be human beings but to be mirrors who reflect back to a man his ideal or his fantasy. She must struggle to resemble the current Hollywood starlets; she must dress and groom herself and behave in such a way as to make herself into the collective image of anima. She must not be an individual so much as the incarnation of men’s fantasy.”

This influence of the animus in the western worldview leaves women very vulnerable because “then there is nothing left when the projections evaporate. It does not occur to modern Western people that a relationship could be made between two ordinary, mortal human beings, that they could love each other as ordinary, imperfect people and could simply allow the projections to evaporate, love each other without illusion and without inflated expectations.”

“Romanticism seeks to restore our sense of the divine side of life, the power of imagination, myth, dream, and vision. Romantic love is a necessary stage in our psychological evolution. Whatever may be said against it, whatever we have to do to straighten out our relationship to it, it is our path: our Western way to evolving and refining the two loves that we have mixed in the love potion Romantic love is like a ‘tunnel of love’: We can’t get stuck there in the dark; we have to come out the other side and resolve the paradox. But for Westerners it seems necessary to enter the tunnel. The only way we know to find feeling, to approach the two great loves, is to ‘fall in love,’ to be crucified in the paradox and learn.”

The Point of Power Practice has been proven effective in helping people come out the other side, to transcend the illusion of Romantic love and empower all of us to (in the words of Robert Johnson) “love each other without illusion.”

Without a paradigm shift that empowers profound changes in human behavior we will remain stuck in the cycle of endless suffering. The dynamic of projecting archetypes including the anima, animus and the shadow will have to be understood and confronted. “Perhaps this saying is true: If we don’t develop it, we’ll marry it. If we don’t integrate our own anger, rigidity, thinking capacity, or emotional depth, we will be drawn to people who can compensate for those weaknesses and inferiorities, and we will risk never developing them ourselves. This marriage of opposites happens frequently in our society for a cultural reason as well: the stated ego ideal of men—to be rational, dominant, unfeeling, and goal-oriented—is the shadow of the ego-ideal of women—to be emotional, submissive, nurturing, and process-oriented. As a result, the shadow and the lover may share the same qualities.”

“Which is the major difference between the expectations of a marriage and a relationship. My experience of a relationship is two people more or less compulsively playing musical chairs with each other’s selected inner archetypes. My tough street kid is romancing your honky-tonk angel. I am your homeless waif and you are my living mother. These are some of the more garish of the patterns. Animus, anima, bopping on a seesaw.”

“To return soul [awareness] to the inner King means exactly that: to begin taking responsibility for living his own soul, rather than delegating that task to a woman.”   “There is something appealing about being worshipped and adored as a divinity. But there is a heavy price attached to this role. The man who sees her as a goddess is not related to her as a woman; he is only related to his own projection, his own inner divinity that he has placed on her.” How long will we continue in this dance looking in the mirror thinking that we are seeing reality when in truth it is simply our own image being reflected back to us.

Also see articles in this blog on Archetypes and the Collective Unconscious.

This entry was posted in 2 Encyclopedia and tagged anima and animus, Jung, projection, relationship. Bookmark the permalink.