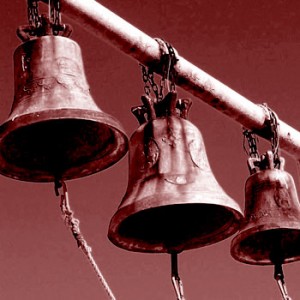 Most of humanity behaves in reaction to events, in their environment or in their minds, over which they have little or no control. It would not be an overstatement to say that enslavement to this almost automatic behavior is the all too common human condition. Fortunately, those who wish to live differently have a choice.

We are what we repeatedly do.  – Aristotle

We began learning our self-destructive behaviors, our bad habits, at birth. We began then to construct our survival strategy seeking to meet our needs related to security, sensation and power. However, for most of us we are never satisfied with initial successes and we soon construct a very elaborate, largely unconscious, and unsatisfactory array of behaviors. Because most of us don’t have a sustainable worldview, a healthy identity and are behaving in ways that fail to produce happiness, we sing the false-self lament: “Is that all there is, is that all there is.”

Why is humanity bent on self destruction (P-B) with so little effort given to choosing alternative behaviors (P-A)? We might explain our mass-suicidal behavior on what we can call the “tyranny of the bells.” Most of us are familiar with the experiments related to operant conditioning which won Russian physiologist Ivar Petrovich Pavlov (1849-1936) the 1904 Nobel Prize. He “conditioned” dogs to salivate in reaction to the ringing of a bell associated with the appearance of food. When the dogs were “conditioned” they would salivate upon hearing the bell even when the original food stimulus was no longer there.

Humanity today hears the ringing of three bells in the tower of the false self. Enslaved by our security, sensation and power conditioning we salivate when we are unconsciously triggered by the cacophony of those bells that are driving us mad. We will not be able to hear the beautiful dulcet tones produced by the bells of the true self until we enter the inner chapel of the present moment. Until then we will remain whining dogs longing for the food that is not there, yipping and barking at an illusion.

When human organisms are born and enter the global village there are Pavlov’s aplenty to begin ringing thousands of bells to insure that the human child learns to salivate a la P-B. Parents and priests, teachers and tax collectors, pastors and peers, siblings and sycophants – and so the conditioning goes. Woe be it unto that child who tries to hearken to the peel of a different bell, the melodious inner ringing, the celestial harmony, the gentle, peaceful tinkling of the salivation-free present moment. There is virtually no support for the child who wants to march to the beat of the heart rather than the hubbub in the head.

Few indeed are those people who discovered that they have a choice to transcend the ringing of the bells of security, sensation and power and respond instead to the resplendent waves of energy flowing from a truer, illusory-free reality. The melody of P-A does not demand an automatic reaction but instead offers an array of self-reliant responses that have their origin in compassion, peace, joy, harmony and freedom. When those choices are made, time and again, day in and day out, an individual finds the sound of the old bells begins to fade and a glorious silence ensues – more beautiful than the blaring, ear-splitting, shrill racket coming from a human community driven mad by the endlessly clanging bell that exists only in the conditioned human mind.

The way out of our false-self conditioning is to re-condition our behaviors and in so doing shift our paradigm. We can do that by employing the Point of Power Practice. Why is the Point of Power Practice so effective in modifying human behavior?  First, it has what is called by psychologists a short feedback loop.  That means, the consequences of our choices, our reactions or responses, are often instantaneous.   Both the reward (feeling or response) and the suffering (afflictive emotions or reactions) are quickly experienced.  The short feedback loop empowers us in our goal to change our behaviors, our false-self conditioning.

Understanding the distinction between response and reaction we can begin to shift from fear-driven afflictive emotions to compassionate responses. We then have the experience of “feeling” rather than “emotion” and we spend more and more time living in the present moment and less in the nightmarish, anxiety-laden past/future narrative. We escape P-B little by little and we are free.  We have entered the serene, quiet stillness – we are at peace.