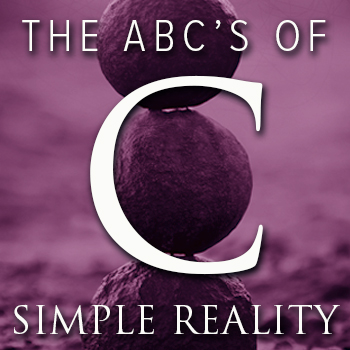 Overemphasis on the competitive system and premature specialization on the grounds of immediate usefulness kill the spirit on which all cultural life depends, specialized knowledge included.      Albert Einstein

The values of P-B permeate the institutions that are themselves an expression of the collective worldview of a society. Competition is often an expression of fear in P-B and can have a toxic effect as Albert Einstein observed. Rick Fields agrees with Einstein: “Modern education is competitive, rationalistic and separative. It has trained the child to regard material values as of major importance, to believe that his nation is also of major importance and superior to other nations and peoples. The general level of world information is high but usually biased, influenced by national prejudices, serving to make us citizens of our nation but not of the world.”

Artificial fragmentation or “splits” of the unitary world of form, which are illusions within our mind, will lead to self-destructive behavior because they create and sustain fear. Our belief that we live in a story that demands that we commit much of our energy to competition also intensifies that energy we express as fear.

However, competition per se is not the problem but rather the influence of the P-B narrative that contains it. How are winning and losing experienced from a P-A perspective? Sakyong Mipham Rinpoche has some valuable insights. “When we compete, we are honing our skills of aggression. In abstaining from a competitive state of mind, we are taking confidence in our worthiness as a human being who can cultivate wisdom and compassion. We appreciate others. When they outperform us, we don’t see it as belittlement, but as an opportunity to relax into the outrageous possibility of not being attached to gain and loss. Gain and loss are meaningless preoccupations that we use to foster the illusion of a permanent self.”

The American culture seems to have surrendered to the “survival of the fittest” belief system more than have of other nations in the West. “The United States is the only advanced economy in the world that does not guarantee paid vacation. It is also the only high-income country that does not require paid family and medical leave. And it’s one of the only developed countries that still tie health care to employment, despite creating a national system.”  (5 p. 6)    We in this country are deluding ourselves that the most competitive economy is also the healthiest and the strongest. Nothing could be further from the truth.

Chantal Panozzo’s husband accepted employment in Switzerland and she was concerned that she couldn’t find a job in her career specialty. In the U.S. she had to work long hours, weekends and even some holidays and was discouraged from taking vacations. She needn’t have worried. “My job title was the same, but I worked part time—and for a higher salary than I had received working full time in the United States. Not only that, but instead of two weeks of vacation, I had five. Once, when I went to Spain for ‘only’ 10 days, my Swiss colleagues chastised me for not going away long enough.”

If American business leaders think that pressuring employees to work longer hours often without additional compensation will produce a successful economy in the long run, perhaps they should redefine success. If the oligarchs are happy but their employees are not, that is the definition of a failed community. Chantal Panozzo worked shorter hours and fewer days doing the same thing in Switzerland as she had in the U.S. but something was different. “For the first time in my working life, I was living, too. Because of this my creativity flourished. I had both time and money, and because I had real time off, I was more productive when I was at work.”

In his book Capital in the 21st Century, French economist Thomas Piketty warns that competition is producing economic inequality in the developed world “with potentially dire consequences for social justice and democratic governance.”

Competition can easily become a rationale for unbridled greed. Employers can engage in wage theft (illegally paying workers less than minimum wage or not paying them overtime). “According to one multicity study, in a single week, nearly two-thirds of low-wage workers had, on average, 15 percent of their pay stolen by their employers.”

In a community where cooperation (and its cousin compassion) are valued, all members are accorded respect and are deemed worthy of support. Unfortunately in the U.S. an all too common belief is that the poor are that way because they are lazy and unwilling to work and that the rich are willing to work harder or compete more intelligently.

We mentioned above that cooperation and compassion were related. Ironically, the poor, according to a 2009 McClatchy report, have been shown to be more generous than the rich. “Indeed, the U.S. Bureau of Labor Statistics’ latest survey of consumer expenditure found that the poorest fifth of America’s households contributed an average of 4.3 percent of their incomes to charitable organizations in 2007. The richest fifth gave at less than half that rate, 2.1 percent.”

Is it simply the nature of a human being to be fearful, greedy, self-centered and competitive? And if not, then when did this particular dimension of the false self-begin? Well, for at least a partial explanation, we can go back to the beginnings of modern civilization itself in both the East and the West. It will not surprise students of Simple Reality that our answer is contained in the worldview of these two disparate halves of the globe.

Richard E. Nisbett in his book The Geography of Thought: How Asians and Westerners Think Differently … and Why begins to flesh out the distinctions between the worldviews of the Orient and the Occident. “As Nisbett shows through a wide range of studies and surveys, and observational research conducted by himself and his colleagues around the world, these two fundamentally different ways of conceiving and experiencing reality influence every aspect of our contemporary life—education, law, business, child-rearing, and social relations—and account for much of the misunderstanding about behavior and expectations that arise between Easterners and Westerners.”

Beginning 2,500 years ago in the polis, the Greek city-state, the highly competitive false-self identity (Me or I as separate from the rest of humanity) makes a bold entrance setting the stage for the drama of Western civilization. “A strong sense of individual identity accompanies the Greek sense of personal agency. The history of Europe created a new sort of person—one who conceived of individuals as separate from the larger community and who thought in terms imbued with freedom.”  To be accurate and with apologies to Mr. Nisbet, we must modify that last phrase to read “the illusion of freedom.”

And now to the East. Our example will be China which had throughout its history a very homogeneous population. For example, even today 95 percent of the Chinese population belongs to the same Han ethnic group. “While the Greeks cherished agency, argued [competed] with each other in the marketplace, debated in the political assembly and thought of themselves ‘as individuals with distinct properties, as units separate from others,’ the Chinese embraced harmony as their social ideal [thanks to Confucius]. ‘Every Chinese was first and foremost a member of a collective.’”  Of course harmony in a collective requires, you guessed it, cooperation, or what might be called “collective agency.”

Not surprisingly, the teaching of Buddha was based on a worldview of Oneness which determines an identity for a practitioner which values cooperation. “For Easterners, close attention to relationships, attitudes, and the feelings of others gained in importance. Compromise and hostility resolution were highly valued.”

As we continue to experience the process of globalization within the human community, we will have the opportunity to shift the context containing competition to one where we can create more cooperation around the world. Neal Peirce writing in the Washington Post cites such an opportunity, “Because we are not partners in the European Union in order to compete but in order to complete  another’s work.”  Cooperation is a healthy behavior and a unifying force among both individuals and nations. Sounds good, but as China struggles to create an economy that emulates a highly competitive capitalism, the ideals of Confucius, Lao Tse and Buddha may be replaced by the even older false-self survival strategy. There is ample evidence that the pursuit of plenty, pleasure and power is mesmerizing the people of China as competition becomes a more compelling behavior than cooperation.

We return to the West where self-destructive competition is more advanced. Unhealthy competition (and most competition in P-B is unhealthy), poisons self-expression, leads to a chain of reactions and often violence. “For example, as competition increases to get into top-ranked colleges, so does cheating among high school students. As sports become fiercer and more lucrative, injuries and doping rise even as careers shorten. And as meatpackers race to dominate global markets through lower prices, falling standards cause terrible cruelty, environmental degradation and dangerous, dead-end work.”

Seth has a more objective perspective than most of us caught up in P-B are able to attain. He makes the critical distinction between competition and violence. “In your society [America] and to some extent in others, the natural communication of aggression has broken down. You confuse violence with aggression, and do not understand aggression’s creative activity or its purpose as a method of communication to prevent violence. Violence is a distortion of aggression. Any creative idea is aggressive. Violence is not aggressive. It is instead a passive surrender to emotion which is not understood or evaluated, only feared, and at the same time sought. Both killer and victim in a war, for instance, are caught up in the same kind of passion, but the passion is not aggressive. It is its opposite—the desire for destruction.”

In other words, violence is a “reaction” and as such an unsustainable behavior. “Know that yearning is made up of feelings of despair caused by a sense of powerlessness, not of power. Aggressiveness leads to action, to creativity and to life. It does not lead to destruction, violence or annihilation.”  Without the presence of fear, the energy of the creative impulse in P-A is in harmony with the ever unfolding expression of Simple Reality.