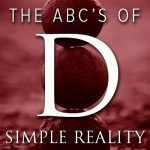 Reactions related to the fear of death have been cited as responsible for most human neuroses, the origin of mythology and the founding of religions. Responses to death are very rare and much less complex.

What is the difference?

Over the tree-tops I float thee a song,
over the rising and sinking waves, over the myriad
Fields and the prairies wide,
Over the dense-packed cities all and the teeming
Wharves and waves,
I float this carol of joy, with joy to thee,
O death.
— Walt Whitman[i]

Unlike most of the illusions of P-B, death does not fade and disappear as we get closer but becomes more vivid and frightening. It threatens another aspect of the false-self identity, the body, and can cause us to panic and lose the clarity that would otherwise characterize our True-self identity. Nevertheless, we can come to understand that death is a mirage like all the other ephemera that can throw us into reaction and give us the opportunity to create unnecessary suffering. Let us examine death more closely and learn to make a different choice.

Each day of our life involves an experience of the sensations of the body and mind, in addition to an expression of our emotions, beliefs, attitudes and values. The last day of our life, for most of us, will be the same experience. Why should we dread something that is so familiar to us? Most of us do not know which day of the many assigned to us by the circumstances of our individual lives will be our last, so why should we create needless suffering anticipating what will be so much like all of the days that most of us could cope with without abnormal suffering or dread?

Some of us say that it is the unknown aspect of death that creates anxiety. What is on the other side? Does it make sense that the creative intelligence of the Implicate Order should suddenly change the nature of Creation just because we died, a “we” by the way that has no individual, separate existence anyway. We are indestructible energy at this time in the expression of our lives, and we will be indestructible energy when our body dies. The expression of our energy will go on beyond the death of our body just as it was expressed when that energy occupied our body. Nothing “real” will change and nothing “unreal” exists. We can relax and enjoy the “hereafter” just as we are enjoying the NOW.

“We have the word of Carl Jung that he has yet to meet a patient over forty whose problems did not root back to fear of his approaching death.”[ii]  Psychology gives us some of the P-B explanations of death. “The knowledge of death leads to elaborate methods to deny death. Ernest Becker, in his book The Denial of Death, beautifully describes the extraordinary price we pay to avoid facing our mortality. “The knowledge of death is seen by many psychologists as underlying almost all neurotic anxiety. Many of the terrors and irrational anxieties that plague our existence are simply displacements from the ultimate terror of our own inevitable end.”[iii]

Death is one of the P-B beliefs and one that causes, as Jung pointed out, a lot of anxiety and suffering. In P-A death does not exist. With the help of our usual friends, we will try to dispel the illusion of death. In the words of the great metaphysical poet John Donne (1572-1631), “Death be not proud, though some have called thee mighty and dreadful, thou art not soe, death thou shalt die.”

The unknown aspect or mystery surrounding our experience of death is responsible for much of our mythology and possibly for religion itself. As the Roman poet Lucretius noted, “Fear of death was the first thing on earth to make the gods.”[iv]  Reality is our best antidote to the fear surrounding our mistaken beliefs about death. The Zen Master Dōgen Zenji connects death to the Buddhist principle of impermanence or constant change. “In life there is nothing more than life, in death nothing more than death: we are being born and are dying at every moment.”[v]

Martin Buber adds the perspective of Christian mysticism. “It is written in the psalm: ‘I shall not die, but live.’ In order really to live, man must first give himself to death. But when he has done so, he discovers that he is not to die, that he is to live.”[vi]  There are many ways to look at the phenomenon we call death and also many ways to experience it.

Ramana Maharshi’s description of his near-death experience illustrates how a profound insight can accompany a response rather than a reaction to impending death. “The shock of the fear of death drove my mind inwards and I said to myself mentally, without actually framing the words: ‘Now death has come; what does it mean? What is it that is dying? This body dies.’ And I at once dramatized the occurrence of death. I lay with my limbs stretched out stiff as though rigor mortis had set in and imitated a corpse so as to give greater reality to the inquiry. I held my breath and kept my lips tightly closed so that no sound could escape, so that neither the word ‘I’ nor any other word could be uttered. ‘Well then,’ I said to myself, ‘this body is dead. It will be carried stiff to the burning ground and there burnt and reduced to ashes. But with the death of this body am I dead? Is the body I? It is silent and inert but I feel the full force of my personality and even the voice of the ‘I’ within me, apart from it. So I am Spirit transcending the body. The body dies but the Spirit that transcends it cannot be touched by death. Absorption in the Self continued unbroken from that time on.”[vii]  Maharshi had shifted to P-A.

Seth, our friend from the “other side” gives us a most assuredly “alternative” view of death. “The ‘house of clay’ does not immediately deteriorate when you leave it. It disintegrates at its own rate. It is no longer organized by your own domain. The life of its atoms and molecules and cells is translated into other living natural forms. Your perception is merely that which you are aware of. Even the atoms and molecules have their own fine vision and appreciate their environment in their own way. The same power that moves your mind forms your body.”[viii]

“There is no difference between the energy that shapes your ideas and the energy that grows a flower, or that heals your finger if you burn it. The soul does not exist apart from nature. It is not thrust into nature. Nature is the soul in flesh, in whatever its materializations. The flesh is as spiritual as the soul, and the soul is a natural as the flesh. In your terms the body is the living soul. Now the soul can live, and does, in many forms—some physical and some not, but while you are material the body is the living soul. The body constantly heals itself, which means that the soul in the flesh heals itself. The body is often closer to the soul than the mind is because it automatically grows as a flower does, trusting its nature.”[ix]  Seth is trying to tell us that death is natural and nothing to fear. Remember, we are indestructible energy constantly changing form.

Let’s continue with another unconventional source of wisdom, that of Jesus speaking through Helen Schucman in A Course in Miracles. “Salvation is God’s justice. It restores to your awareness the wholeness of the fragments you perceive as broken off and separate. And it is this that overcomes the fear of death. For separate fragments must decay and die, but wholeness is immortal.”[x]

“Death is the central dream from which all illusions stem. Is it not madness to think of life as being born, aging, losing vitality, and dying in the end. This is salvation’s final goal; the end of all illusions. And in death are all illusions born. What can be born of death and still have life? God is, and in Him all created things must be eternal. Do you not see that otherwise He has an opposite, and fear would be as real as love?”[xi]  The perfection of P-A has no room for the illusion of death.

It is ironic that near-death experiences are among our most telling indictments of our misunderstanding of death especially when they come from a pre-eminent scientist such as C. G. Jung. “Death is the hardest thing from the outside and as long as we are outside of it. But once inside you taste of such completeness and peace and fulfillment that you don’t want to return. As a matter of fact, during the first month after my first vision I suffered from black depression because I felt that I was recovering. It was like dying, I did not want to live and to return into this fragmentary, restricted, narrow, almost mechanical life.”[xii]

In closing this article, we include ideas of a more philosophical nature starting with the philosopher Spinoza. “A free man thinks of nothing less than of death, and his wisdom is a meditation not on death but on life.”[xiii]  Freedom is one of the great benefits that we reap by dispelling the illusion of death, freedom from fear and reaction, freedom from suffering. “Death is the mind that minds dying. Where there is no fear of death, who is there to die?”[xiv]

The philosopher and Roman emperor Marcus Aurelius wrote extensively on the nature of impermanence and the illusion of death. “Turn thy thoughts now to the consideration of thy life, thy life as a child, as a youth, thy manhood, thy old age, for in these also every change was a death. Is this anything to fear?”[xv]

In the final analysis we are energy, eternal and indestructible and so as Marcus Aurelius says, “What is there to fear?” Socrates agrees: “The endless duration of the soul [energy] follows from its simplicity as an immaterial and immutable being.”[xvi]

For behold, I create new heavens and a new earth and the former shall not be remembered, nor come into mind.
— Isaiah 65:17

This entry was posted in 2 Encyclopedia and tagged Course in Miracles, Marcus Aurelius, seth. Bookmark the permalink.