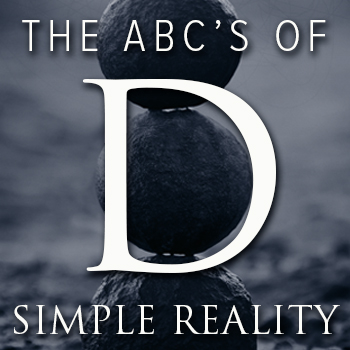 We must turn and face the dragon or we can never slay the illusion that is the source of our suffering.
Roy Charles Henry

Anyone who is a substance abuser, e.g. drug addict, or process abuser, e.g. gambler—according to professionals who know about such things—will regularly engage in denial, lies and secrets. More recently understood is the shocking reality that family members or others in relationship with these addicts will also engage in denial, lies and secrets as enablers. In fact, it could be said that all involved are part of an addictive system which includes virtually everyone in the United States. You do want the truth right? Right?

We are so frightened of facing life’s issues square in the face, of patiently and caringly working through our psychic wounds instead of around them. “Denial,” as they say is not a river in Egypt.

“In her book Silences, Tillie Olsen points out how our refusal to speak our reality or name our experiences makes us accomplices of a system that oppresses us.”  In other words Olsen is speaking of how we are all complicit in supporting P-B by keeping the “secret,” i.e. by not speaking of our suffering. We deny the First Noble Truth and hence deny ourselves the opportunity to even begin the journey toward the freedom of Simple Reality.

Our whole society is complicit in the denial, lies and secrets that also characterize and involve the entire family of an alcoholic, for example. In fact, that is exactly the point made by Anne Wilson Schaef in her book, When Society Becomes an Addict. These dysfunctional behaviors are manifesting in something even more serious than addiction—they are operating in the denial of reality itself—they are being used to choose and perpetuate P-B. The entire human family is enabling itself in a universal pattern of denial, lies and secrets. We have become victims of our own false-self survival strategy.

“Suffering is not an illness; it is the normal counterpole to happiness. A complex [a connected group of repressed ideas] becomes pathological only when we think we do not have it.”

Our very identity in P-B requires that we protect the false self and affirm the P-B narrative. This necessarily leads to the behaviors of lying, denying and telling and concealing “secrets.” Follow the quotes in this article in The Denver Post and look for evidence of lies, denial or secrets being kept from the general public by officials who find that the truth is not in their best interest. “‘I really don’t know what we’d do,’ Ruth Lindauer said, if she were to find out the water that irrigates their hay fields, water their cattle and horses and sprinkles the backyard where their grandchildren play is contaminated. ‘I just hope and pray it will not go to that.’”  The Lindauer’s concerns may be more widespread in Colorado this spring as a melting heavy snowpack threatens to create more breaches in oil-field pits.

Deb Frazier, spokeswoman for the Colorado Department of Natural Resources, said the Colorado Oil and Gas Conservation Commission has been warning energy companies to be careful of overflow resulting from flooding in watersheds. “The companies that already had spills, and in two cases did not report them to oil-and-gas oversight officials for months, have said their pits contained mostly water.”

“But those who live here, where the roads crawl with giant drilling trucks and there’s a well [there are nearly 5000 wells in Garfield County] over every rise, know those pits usually contain fluids used or released in the drilling process. Those fluids can include lubricants, acids and petroleum byproducts. [For example, the hydrocarbon benzene is a known carcinogen] Exactly what is in the fluids is a mystery. Federal regulations allow companies to keep the ingredients secret [emphasis ours].”

We can find many euphemisms for lying in the media and a spade is rarely called a spade. A U. S. senator comes closer to the unvarnished truth than is commonly the case. “At a briefing Wednesday, Levin [Senator Carl Levin] said he believed Goldman Sachs executives weren’t truthful about the company’s transactions in testimony before the subcommittee at an April 2010 hearing. ‘In my judgment, Goldman clearly misled their clients and they misled Congress,’ Levin said.”  They lied Congressman! I believe that’s called perjury.

The bottom line is: will the testimony in question be referred to the Justice Department for possible perjury charges? The answer is probably not. Remember the denial behaviors in our society that we can count on will exhibit co-dependent behaviors, reveals a society that will exhibit the behaviors of an “addict.”

Lies have proven very costly for the American people but have also resulted in the loss of lives—a lot of lives. The Neo-conservative administration of George W. Bush was determined to create a war with Iraq even though there was no justification for it. That’s not a problem—they could make it appear as if there was a reason for war—they could lie.

“‘I was aghast at what I was witnessing,’ ElBaradei [Nobel Prize-winning, U. N. nuclear inspector, and international civil servant Mohamed ElBaradei] writes of the official U.S. attitude before the March 2003 invasion, which he calls ‘aggression where there was no imminent threat,’ a war in which he accepts estimates that hundreds of thousands of Iraqi civilians were killed.”

The rich and powerful are above the law it seems especially in a human community that cannot distinguish truth from fiction—or doesn’t want to know the truth—because then the secret of P-B would be revealed. “ElBaradei suggests in a new memoir that Bush administration officials should face international criminal investigation for the ‘shame of a needless war’ in Iraq.”

What specifically was the lie told by these administration officials? It is always good to see just how outlandish the false self can be when it is seeking power. “Then-President George W. Bush and his lieutenants said Iraq possessed doomsday weapons despite contrary evidence collected by ElBaradei’s and other arms inspectors inside the country. The Iraq war taught him [ElBaradei] that ‘deliberate deception was not limited to small countries ruled by ruthless dictators.’”

We might expect that the president of the U. S., considering the trust placed in him by the American people, would have more to say than “Oops! My bad,” when he found out that he had been lied to by his advisers. “The former president blamed an ‘intelligence failure’ for the baseless claim, a reference to a 2002 U. S. intelligence assessment contending WMD were being built.”

The administration of President Bush engaged in a sophisticated form of lying that we can call “dissembling.” (To disguise or conceal behind a false appearance or semblance. To conceal one’s real motives.)

We are not accusing anyone of anything other than self-destructive behavior brought about by ignorance, i.e. the lack of awareness of the existence of Simple Reality. In the context of the Now, there is no “sin.” There is only unconsciousness wherein most of us fail to understand the consequences of our behaviors. As Jesus of Nazareth said from the cross, “Forgive them for they know not what they do.”

Indeed, the false-self survival strategy and the behaviors of denial, lies and secrets are universal and deeply entrenched in the conditioned behavior of all governments and all families. Don’t expect the truth in P-B, most of humanity is conspiring to pretend that everything is O.K, what we could call unconscious dissembling.

We are surviving after a fashion, deploying our survival strategies including denial, lying and secrets. But we could hardly say that we have an acceptable quality of life. Those of us that escape the Monday morning heart attack begin looking forward to our TGIF distraction strategy, i.e., shopping, partying and strutting—seeking security, sensation and power. There is something more than a little sad and pathetic about the choices that we are making.