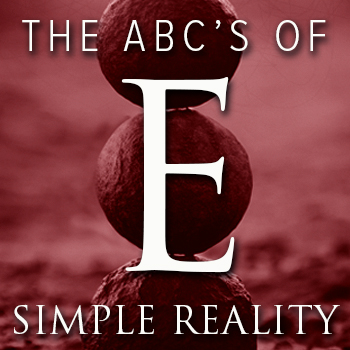 Satan or the Devil is useful as a symbol or metaphor relating to our own behavior. It becomes something much more dangerous when conceived of as actually existing in an anthropomorphic form. This was not always so. “The Devil is an archetypal figure whose lineage, direct and indirect, reaches back into antiquity and less human than the figure pictured in the Tarot. As Set, Egyptian god of evil, he often took the form of a snake or crocodile. In ancient Mesopotamia, Pazazu (a malaria-bearing demon of the southwest wind, king of the evil spirits of the air) embodied some of the qualities now attributed to Satan. Our Devil may also have inherited certain qualities now attributed to Tiamat, Babylonian goddess of chaos, who took the form of a horned and clawed fowl. It was not until Satan appeared in our Judeo-Christian culture that he began to assume more human characteristics and conduct his nefarious activities in ways we humans could more easily understand.”  If there is something we do not understand, it is “nefarious activities” whether our own or those attributed to Satan.

“That the Devil’s image has become more humanized in the course of centuries means, symbolically, that we are more ready now to view him as a shadow aspect of ourselves rather than as a supernatural god or an infernal demon. Perhaps it may mean that we are ready at last to wrestle with our own satanic underside.”  Let’s hope so, but we have our doubts.

Ironically, we have the founders and leaders of some of the world’s major religions to blame for creating an imaginary monster to inhabit our nightmares. One founder that cannot be blamed for the illusion of Satan is Jesus of Nazareth. “Actually this demonic god-image does not issue forth from the spiritual teachings of Jesus, the West’s cultural hero, nor does it express Jesus’ theological and mythical role as redeemer and absolute victor over evil as revealed in the New Testament. Such an image is the outcome of warped human theologians who have turned evil into an absolute (a qualitative adjective reserved traditionally for the Godhead itself). They absolutize evil by asserting that it is non-changing and eternal. Theologically speaking ‘absoluteness’ is supposed to be a synonym for God, and not a synonym for a finite creature called Lucifer/Satan, astrally depicted by Saturn or Pluto or the ancient horned god Pan of Pre-Christian Europe.”

The only human behavior that could be called “evil” is to be unconscious (not present). The metaphor of the devil is referring to the false self which is also supported by the shadow within each individual and further influenced by the narrative (P-B) containing each person. The following description by C. G. Jung containing metaphors and myth obscures the simple truth because it seems to describe real events when they are in fact imagined and projected events of a purely psychological origin. The stories, metaphors and language of religion tends to obscure the truth about evil and blocks our realization that it is an illusion. Jung’s “religious” language is an example of this.

“For instance, it is good if evil is sensibly covered up, but to act unconsciously is evil. Again, the expectation of the Antichrist is a far-reaching revelation or discovery, like the remarkable statement that despite his fall and exile the devil is still ‘prince of this world’ and has his habitation in the all-surrounding air. In spite of his misdeed and in spite of God’s work of redemption for mankind, the devil still maintains a position of considerable power and holds all sublunary creatures under his sway.”

The religions of the West have to turn to the mystics within their respective belief systems to hear about the distinction between the truth and the illusion concerning evil. “The Jewish tradition also seems to recognize both the dark and light aspects of God—his wrathful and merciful nature—while the Christian God, who claims ‘I am the Light,’ is forever sundered from his dark brother, the Devil, who contains only shadow. Rather than posit the devil as an outer independent actor, mystical teachings affirm the reality of the shadow within. Their introspective practices offer a way to gain the power to redeem it.”

“The Buddhist doctrine that good and evil, god and devil alike, are all illusory and temporary aspects of a constantly changing pure mind and universe may be the picture of evil closest to the truth. By studying the dark side we see that ‘evil’ is not an all-powerful, consciously spiteful agency determined to do us in—rather, evil is imbalance, ignorance, and accident. Armed with this knowledge the practitioner can break free of the yoke of superstition.”

Because a belief in evil is a fundamental feature of the dominant worldview of humankind, we can say that most of humanity is clinically ill. “That the Western psyche has never come to a healthy understanding of the nature of evil and its role in natural events is one of the symptoms of our collective Western neurosis.”

How does our belief in evil express itself in our everyday behaviors? Any so-called evil that exists in the human community is created by us expressing our resistance or “reactions” to what is happening in our lives. “Evil, then, is a far deeper thing than the moral codes conceive of. It is anti-life. Life is a dynamic, pulsating force; it is energy and consciousness, manifested in many ways; and there is no evil as such unless there is resistance to life [reactions]. The resistance is the manifestation of what is called evil.”

The old P-B conception of evil is an obstacle to Self-realization. Compare the typical description of evil found in the Zoroastrian religion, which was a model for many of the myths found in Judaism, Christianity and Islam, with the P-A descriptions that follow. “Ahriman, the Evil Spirit, who is coexistent with Ahura Mazda [God] is its originator. ‘He abode from eternity in the abyss of endless darkness.’ But the moment the world was created he rushed out bent on destroying it. He is the origin, source and producer of evil and sin. He is filled with rancor against all creation. He is the arch deceiver, beguiling man to wickedness and sin. He produces seductive demons to pervert mankind. He put all the vices in man.”

Understanding the energy centers of security, sensation and power as natural and necessary as survival centers detonates the residual guilt and shame associated with the behaviors that result from them. It also promotes among people the taking of responsibility for their behaviors. So called “evil behavior” seen as natural, but behaviors that we can transcend, encourages all people to grow out of the behaviors which are a source of egregious human suffering. We are thereby empowered by the deeper understanding that we have in P-A as to why we behave the way we do.

Whether clinically ill or not most of humanity exists in what could be called a “diseased” or delusional” state experiencing paranoia in what seems to them an unfriendly universe. “In the diseased state, the first characteristic is that reality is distorted—the reality of the body, the reality of the emotions, and the reality of the true nature of other people and their actions. Evil, then, is a distortion of [the] facts that in themselves are natural. Because the sick person does not perceive his own distortions, he feels that the ills in his life and functioning come from outside. The sicker he is, the more he feels that his troubles are caused by outside forces. A person who is in a state of psychosis, for example, sees the world as hostile. He sits on a chair and he looks at the walls and he says, ‘They are doing it to me. They are going to kill me, they are going to poison me.’ He completely abdicates his personal responsibility for his life and his actions. He feels that everything happens to him from the outside. A healthy person is able to a great degree to do the exact opposite.”

As darkness is the absence of light then evil is the absence of the awareness contained in the present moment. Thomas Troward puts it in the language of formal logic, “[We] may lay down the rule that all positive conditions result from the active presence of a certain cause, and all negative conditions from the absence of such a cause. A condition, whether positive or negative, is never primary cause, and the primary cause of any series can never be negative, for negation is the condition which arises from the absence of active causation. Evil being negative, or privation of good, has no substantive existence in itself.”  Troward is saying that evil is an illusion. It is in our best interest that we stop fearing the specter of evil, shift our energy to living in the Now and let all of the negative projections of our imagination fade into the mists of myth and magic from whence they came.