That’s Easy for You to Say 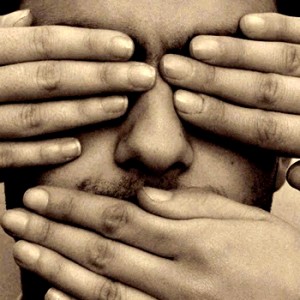 We tend to be hard on journalists in our Simple Reality essays and that’s because the work they do is critically important. Those who work in the Fourth Estate are the front-line against tyranny and ignorance. Ideally we would hope that they might lead the assault on illusion and become the champions of Simple Reality but that is probably too much to hope for in America today.

Bill Keller, the former editor and now columnist for The New York Times, was taken to task in a previous essay entitled “Bill, Bill, What Were You Thinking?” He was excoriated for allowing himself to be manipulated by the Bush administration’s Neo-Cons in the lead up to the war on Iraq in 2003.  Naïveté is not a good quality in journalists, but to be fair, most of his colleagues were similarly “had.” Keller has since had the courage to publicly offer his mea culpas and is now hopefully wiser and more vigilant and less trusting of our public servants, most of whom were anything but—public servants, that is.

Not that our politicians are bad people. They are unconscious power seekers for the most part and like the journalist we are going to focus on next, need to be taken out to the woodshed and have their backsides burnished. Do you hear that David Brooks?

Poor David, he is among the most naïve and most unconscious of those plying the trade of political and social analysis. For the good of society and for his own good, come along David, bend over!

Mr. Brooks says that we celebrate freedom in the U.S. as the highest ideal and furthermore: “In the 1980s, we saw a great expansion of economic freedom.” Only a sadly unconscious society would extol the virtues of making and spending money, materialism, the worship of Mammon or “affluenza” as a highly esteemed goal. Seeing beneath the sheen of Brook’s patina is an ugly, corroded reality. The income gap between the elites, the 1 percent and the rest of us is greater than in the 1920s. The incomes of the corporate CEOs as a multiple of the average workers wage is many times higher than it has ever been. Mr. Brooks, a well-paid journalist for The New York Times may be a bit out of touch with how the rest of us live, in any case we must admonish him a bit. David, dude, so things are going well in the American workplace; that’s easy for you to say.

Those of us in steerage, some hungry and others longing for a breath of fresh air, are not happy that those voyagers topside in the satin-draped dining room are being served a new and higher quality brand of caviar. We can’t even hear or imagine the lilting phrases of the “swing and sway with Sammy Kaye” orchestra that the top-side denizens find “just divine.” So get real David!

What would we want our ideal journalist to say about economic freedom? First, that the cause of the disparities and lack of freedom in the American economic system is due to the long-standing value that we have always placed on competition, namely the survival of the fittest due to a deep-seated belief in the scarcity of the basics of food, shelter and clothing. Second, is our belief in the existence of the other. We have the attitude in our free-enterprise system that the deserving and hard-working will prosper and the rest must somehow be lazy or inferior.

Students of Simple Reality recognize values, beliefs and attitudes as the components of a societies’ worldview. If the values, attitudes and beliefs of an individual or a society are healthy, then that individual or society will be healthy. The American worldview is anything but healthy and certainly doesn’t enjoy the experience of anything resembling freedom. Sorry David!

We know if we saw you sleepwalking toward the Cliff’s of Dover amidst the lemmings that you would want us to give you a brisk smack across the face; for your own sake, of course. Consider yourself slapped.

Freedom, schmeedom. It ain’t gonna happen in America or anywhere else on the planet, not within the narrative that prevails around the globe today. Mr. Brooks not only believes in the illusion of economic freedom but what he calls “lifestyle” and “social” freedom as well.

Like many of our best journalists today, Mr. Brooks is well-educated and very intelligent and as some of us know, that isn’t much help in addressing the myriad problems facing humanity today. How can we make such an outlandish claim? Read on, dear reader, read on.

We must concede, however, that even those who keep company with rodents, i.e. lemmings, can have a perceptive insight now and again. In his column, Brooks cites Alexis de Tocqueville and Emil Durkheim who “thought that if people are left perfectly free to pursue their individual desires, they will pursue their desires, they will discover their desires are unlimited and unquenchable.”    Bravo, David! You have discovered a slice of reality to mix in with the illusion that characterizes most of your story.

Every human being has a True self and a false self. Sad to say, the True self is virtually unknown to most people, even though being aware of our true nature would enable us to solve all the problems we are faced with today. In today’s world the false self predominates and indeed has unlimited desires related to security, sensation and power and does certainly “pursue” them relentlessly. These desires, however, are not “unquenchable” as we are learning from mystics past and present.

Any journalist worthy of the name must not blithely accept the pap of the political propagandists and must also have an in-depth understanding of the psychology behind human behavior. Reality in America is most definitely not what it might seem at first blush.

We will now take a few of Brook’s sentences and reveal how he lives in a topsy-turvy narrative. In the context of P-B, it is easy to think that it is perfectly normal to be standing on our heads with our brains in our toes. Some of us may sense that something is not right but can’t quite put our finger on it. For example, how is it that Americans in the last 50 years fought three decade-long wars against “guerillas” impossible to defeat (just like the American colonists were unbeatable defending their homeland), violating their sovereignty, squandering precious lives and scarce dollars and still not be able to grasp the madness involved in those futile behaviors.

Let’s see if we can begin the education of David Brooks. “People are much more at liberty these days to follow their desires, unhampered by social convention, religious and ethnic traditions and legal restraints.” The human false self has always pursued plenty, pleasure and power. Brooks seems to imply that “social convention,” “religious and ethnic traditions” and “legal restraints” had limited the expression of human craving and aversions in the past but history makes clear that was not the case. The history unfolding today is the same as in the past, only the details differ. Religious precepts, the rule of law or ethnic traditions and customs have not nor will not put the brakes on human self destruction.

“Being virtuous often means thwarting your inclinations, obeying a power outside yourself.” See what we mean by topsy-turvy. All of the “powers outside yourself” are agents of the false self and the last thing they will foster is virtue. Assuming Brooks means a higher power, i.e. the Creator, that power is found within and is nothing other than the True self and we are That. We are the Creator that fashions our own experience and Brooks is correct in stating that we must “thwart” the inclinations or reactions of the false self.

Mr. Brooks like the rest of us is a work in progress and one thing we know about him for certain is: he is doing the best he can. For that courageous endeavor we can only offer him our compassion. For him, for all of us, life is suffering. Maybe one day the suffering that we experience in common will bring us together to begin a more profound inquiry into what true freedom is.