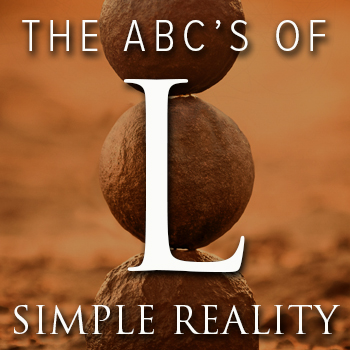 “The Fall” as described in Genesis is a metaphorical story not about a “fall from grace” or surrendering to “sin” but about the human species’ unconsciousness. Our failure to awaken into the present moment is in fact the act of choosing to remain asleep. Ironically, language representing the intellect had a role to play in shattering the Oneness, the innocence in the Garden of Eden. We struggle today to return to the “Heaven within” and understanding the role that language has played in the creation of the illusion that we now take for reality is critically important.

Stephen Harrison explains: “What is lost in the learning of differentiation is the underlying unity from which this world of names and of separate objects grew. As the ‘me’ center is established and the world that appears to be outside of ‘me’ is learned and described through language, the actuality of the undifferentiated prelinguistic nature of life is forgotten. We have lost the stillness of the undifferentiated world of the prelingusitic state. Implicit in the development of language is the ‘me’ and the ‘me-object’ relationship. There is no named without a namer, and no namer without a named. As language develops, we are swallowed by the reality that language creates.”

“Rather than rediscovering the underlying, prelinguistic wholeness that we have layered over, we settle for more language. We create elaborate descriptions of unity, we create symbolic representations of unity, we discover archetypal symbols of unity. We create psychology, philosophy, and religion. But, because we are still looking within the realm of language and its inherent me-object structure, we never actually come to wholeness.”