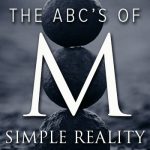 Historically in most cultures matter and spirit have been classified as two separate categories. An inexorable split in the human psyche has been created as a consequence of viewing reality in this way. Matter is seen, for the most part, in such categories as Mother, Earth, flesh, incarnation, realism, sensuousness, intuition, impulse, emotionality, Eros, mercy and the personal. Spirit is envisaged as Father, sky, space, invisibility, transcendence, abstraction, discipline, rationality, the principles of law and order, Logos, justice and the impersonal or transpersonal.

In this short article we deepen our understanding of where some of the more enigmatic triggers that cause us to react originate. Because the energy prompting these reactions are psychic, psychological and unconscious it helps to understand why we are being “blind-sided” by these powerful emotions. Nevertheless, the remedy is still the same and just as effective with unconscious as with conscious conditioned behaviors: choose response instead of reaction.

Jung believed that for individuation (Self-transformation) each sex had to develop their contrasexual aspect, i.e. the anima in men and the animus in women. These aspects are archetypal. The feminine principle includes relatedness, the interior, feeling, intuition, cooperation and nurturing. The masculine is associated with aggression, cognition, rationality, structure, competition, and hierarchy. Bonding, empathy and attachment are the basis for female development.

“‘Mother’ in Latin is mater, from which we get the Latin word materia, or ‘matter’ in English. If we do not allow her to express through us the Eros principle of instinctual friendliness, bonding and oneness with all creatures and plants and the Earth herself, she manifests in our psyches with a vengeance as compulsive and enslaving materialism and addictive consumerism, which really is a display of how much Logos-power we can wield.”[i] This description gives us a deeper understanding of the security energy center of the false self survival strategy and our “shop ’til you drop” behavior.

In a patriarchal P-B the masculine identity calls for a striving for perfection which involves competition. When the feminine identity begins to shift, as it has in recent years, embracing perfection as an ideal, then an internal conflict is experienced. The natural feminine ideal is completeness involving cooperation. When women refuse to listen to their inner prompting urging an expression of the True self then the identity begins to collapse. Imbalance between the masculine and feminine ideals leads to the neurotic and paranoid society we have in the global village today.

“To recapitulate, overemphasized Logos [masculine]produces an unrelated kill-joy personality, one-upmanship, competitiveness and the desire to have power over others. Overaccentuated Eros [feminine] produces foggy thinking, co-dependency, lack of self-identity and vague ego boundaries, as well as extreme passivity in the face of life’s challenges.”[ii]

“In the case of a boy developing his masculine ego-consciousness, his feminine side is by and large left undeveloped and undifferentiated along with the inferior function of consciousness, both remaining in the depths of his unconscious. [The opposite occurs with a girl.] Sooner or later those compensatory elements buried in the unconscious will have to be elevated into consciousness, accompanying the movement toward wholeness instigated by the Self, a process Jung called individuation.”[iii]

“Thus the more the feminine ideal is bent in the direction of the masculine, the more the woman loses her power to compensate the masculine striving for perfection, and a typically masculine, ideal state arises which, as we shall see, is threatened with an enantiodromia [running in the opposite direction]. No path leads beyond perfection into the future—there is only a turning back, a collapse of the ideal, which could easily have been avoided by paying attention to the feminine ideal of completeness. Yahweh’s perfectionism is carried over from the Old Testament into the New, and despite all the recognition and glorification of the feminine principle this never prevailed against the patriarchal supremacy. We have not, therefore, by any means heard the last of it.”[iv]