My Name is Jesus and I’m an Alcoholic 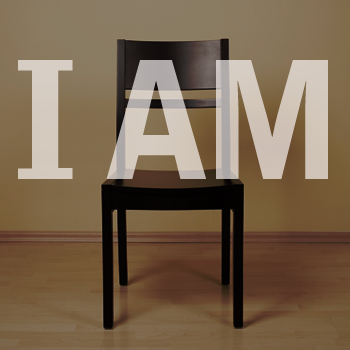 Did Jesus have a drinking problem? He did drink wine but was he a wino? And what does all of this have to do with finding a way to live on this planet in a sustainable way? Have we gone too far this time? Oh ye of little faith; of course not, you should be ashamed of your inner doubting Thomas. Off we go!

Life is suffering proclaimed Buddha. At that point and not before a person is ready to begin to wake up and get healthy, to engage in behavior modification and begin to dampen the self-destructive effects of her conditioned reactions. To initiate the regimen of choosing response over reaction results in the reduction of suffering and begins the awakening process of which Buddha is the archetype.

A concrete modern example might involve a story like the following. Suppose a friend invites me to an AA (Alcoholics Anonymous) meeting. My first reaction might be: who me? I know I drink but only on the weekends or only at parties or only after work. My friend then points out that in the last four years I have divorced, my children no longer speak to me, I punched my boss, I lost my job and now I live on the streets. Other than that, I feel that I am coping O.K.

Oh well, I go just to get him off my back and after three meeting I begin to grasp the larger picture of my life. But sensing that I have a problem is not enough. I will have to find the courage to admit to myself the equivalent of Buddha’s “life is suffering,” which in AA is “My name is so and so and I am an alcoholic.”

We all live in an unconscious and addictive community replete with behaviors that, in essence, make us problem drinkers, problem shoppers, problem eaters, problem manipulators, etc. ad infinitum. But as Jesus said, narrow is the road and few of us will find our way to AA much less screw up the courage to make the pre-requisite admission in order to begin our transformation, our liberation. My name is Jesus of Bethlehem and I am asleep.

Like all of us Jesus was born into an unconscious community and developed a survival strategy or we would never have heard of him, he simply would not have lived to grow up and wake up. He was attracted to the teachings of the wild and wooly John the Baptist. But that gloom and doom apocalyptic worldview did not fit a teacher who was quickly grasping The Great Insight.

“My name is Jesus and I have a radically different socio-political worldview and resultant identity. I have found the behaviors of the Sadducees, Pharisees, Essenes and Zealots of my religious community at odds with what my heart tells me is the truth of what it means to be truly human. I would like to demonstrate a program of several steps based on the principals inherent in my new paradigm which we could call the Good News. Any takers?”

A few.  But Jesus’ profound and compassionate vision was soon overwhelmed by the collective false self of the greater Middle East and Roman Empire. After Jesus failed to convince his fellow human beings of the disastrous effects of their behaviors, the Jerusalem-based temple religion of Judaism was destroyed and the Jews dispersed throughout the world. A few centuries later saw the collapse of the Roman Empire which had sent the legions to destroy Jerusalem, the Zealots and the Temple.

Israel was not destroyed by the Romans and the Roman Empire did not “decline and fall” due to the pressure of the barbarian incursions. The Jews and the Romans created exactly the reality that they experienced. Today, some two thousand years later, the Global Village, still loathe to admit the toxic effects of its “drinking problem,” is imploding. The slow-motion collapse of civilization has caused an unconscious existential anxiety but as yet, very few people have found the courage to admit—my name is ___________ and …