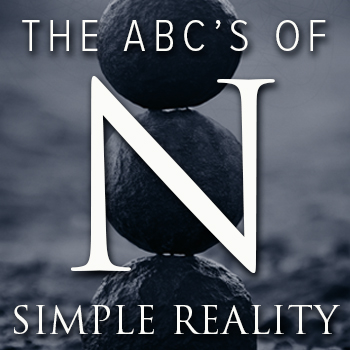 The United States had its beginning as a group of colonies under foreign domination. It was a natural human aspiration to establish independence. The resulting states quickly realized that they needed to operate as one united nation mutually supporting and cooperating with one another. This is one definition of nationalism.

With the U.S. Constitution outlining the fundamental laws and principles a remarkable nation was created. The problem with the energy of nationalism that has resulted from the creation of America as we know lies in the flawed context, in the consciousness of the people themselves, or rather the lack of it. This same P-B flaw underlies all human communities.

Another definition of nationalism is the devotion to the interests or culture of a particular nation. The problem here is obvious in that if many competing nations put their collective false-self behaviors first, then the world is set up to experience an endless struggle for power and wealth. Emphasizing cultural differences rather than the more basic human similarities plays into the self-destructive dynamic of projecting our collective shadow onto our nation-state neighbors as the other. In short, nations find themselves surrounded by enemies and the self-destructive human behavior found around the globe can be explained by the resultant overwhelming fear.

Nationalism, further can be defined by the belief that nations benefit by acting independently rather than collectively or cooperatively and focusing on international goals. The most recent global economic systems, mercantilism and capitalism are the result of this belief. Communism, the economic system that was supposed to mitigate the worst effects of nationalism and capitalism failed to take into account the behavioral characteristics of the false self and failed catastrophically.

Pride goeth before the fall.

Generally considered a good thing in P-B, nationalism is one of the many toxic beliefs that prevent humanity from solving the problems associated with violence and war. Emotions, beliefs, attitudes and values that effectively cause human behavior in contravention to reality, to the “laws of the universe” if you will, must be transcended or goals like world peace will continue to be a pipe dream. Humanity has some challenging choices to make and if we know what’s good for us we had better get on with it.

The sensation energy center of the false self seeking esteem and affection is the origin of the need to feel “better than” other people. There is a psychological yearning deeply associated with survival itself that makes the need to elevate oneself by demeaning others an almost irresistible choice.  We repeat, almost irresistible. In the context of Simple Reality with a self-reliant identity, we know that each of us can express the highest of human attainments, compassion, and reject all forms of violence.

For example, there is no such thing as “American exceptionalism,” a popular belief among some American “patriots.” This belief when it influences human behavior is an insidious and self-destructive source of energy. It de-humanizes both those who believe it and the rest of humanity relegating it to a “less than” status by labeling them the other. It blocks the realization, so fundamental to human awakening, that we as human beings in every fundamental way are exactly alike.

The American philosopher and psychologist, John Dewey saw nationalism as a barrier to human cooperation in global associations like the United Nations. “Yet these interests are cut across and thrown out of gear by the traditional doctrine of exclusive national sovereignty. It is the vogue of this doctrine or dogma that presents the strongest barrier to the effective formation of an international mind which alone agrees with the moving forces of present day labor, commerce, science, art, and religion.”