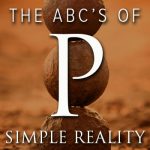 The power we think we attain when striving to assuage the needs of the power center of the false self is illusory. One cannot control people or events and the attempt to do so leads only to strengthening the false self and suffering. Authentic power is found in the ability to respond rather than react to what is happening. Hence, the “point of power” is contained in the moment when the choice is made to react or respond. In choosing not to react physically, mentally or emotionally but instead to respond, we reap the fruits of authentic power which include freedom, peace, joy and compassion.

Nietzsche’s use of the phrase “will to power” is closer to what we mean when we say authentic power in the context of the NOW. “His concept of ‘will to power’ implies the self-realization of the individual in the fullest sense. It requires the courageous living out of the individual’s potentialities in his own particular existence. It does not refer to aggression or competitive striving or any such mechanism. It is the individual affirming his existence and his potentialities as a being in his own right; it is ‘the courage to be as an individual.’”[i]  In short, to be powerful is to be self-reliant and in the present moment.

There is an interesting contradiction and paradox associated with the illusion of power that illustrates how little we understand about fear and strength, power and weakness. “In its natural state, hatred has a powerful rousing characteristic that initiates change and action, says Seth. Regardless of what you have been told, hatred does not initiate strong violence. The outbreak of violence is often the result of a built-in sense of powerlessness. It is the sense of powerlessness that also causes nations to initiate wars. This has little to do with their ‘actual’ world situation or with the power that others might assign to them, but to an overall sense of powerlessness—even, sometimes, regardless of world dominance.”[ii]

The following observations on power reveal how little even some of our brightest and most compassionate people really understood the illusion of power. Nevertheless, we learn about how lost and confused we can all become in the confused narrative of P-B. In P-B most of us come to believe in and even think we use power to enhance our survival strategy. In P-A we realize that power has no existence at all.

Power is of two kinds. One is obtained by fear of punishment, and the other by acts of love. Power based on love is a thousand times more effective and permanent than the one derived from fear of punishment.
— Gandhi

“Power without love is reckless and abusive, and love without power is sentimental and anemic.”
— Rev. Martin Luther King Jr.

Another major paradox is expressed in the following statement: “Human beings are all-powerful.”  In the context of Simple Reality, we have transcended all of the limiting influences of P-B and the causes of suffering. We no longer give power to the false self by pursuing security, sensation and power.

In P-A there is no need for power because there is nothing to overcome or compete with. The only “power” needed is at the point where we have been triggered by our past conditioning or unconscious influences and we are about to make the choice between reaction and response. It is at this point that we are all-powerful and can transcend beyond the control of all illusion into the freedom of the perfection of P-A.