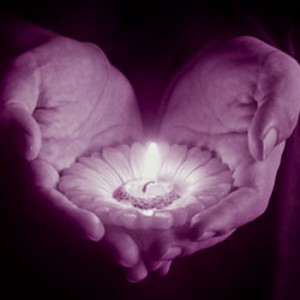 There are many ways to define prayer and we will encounter both paradox and contradictions as we do so. Emerson had strong and insightful opinions regarding prayer. “Prayer is the contemplation of the facts of life from the highest point of view. It is the soliloquy of a beholding and jubilant soul. It is the spirit of God pronouncing his works good. But prayer as a means to effect a private end in meanness and theft. It supposes dualism and not unity in nature and consciousness. As soon as the man is at one with God, he will not beg. He will then see prayer in all action.”  We would all be wiser if we read this profound paragraph several times.

Gerald Heard agreed with Emerson in that he felt prayer was not about what was done or how it was done but rather he saw prayer as an expression of a state of being. “We are waiting for the power of being, rather than the gift of doing. We are staying in the Light in order that we may go on developing and changing until we become a part of it.”  For Heard then, prayer was a part of the process of awakening much as meditation had been for Buddha.

Emmet Fox understood prayer and meditation to be the same practice although taking different forms. “The word ‘prayer’ should be understood as including any form of communion or attempted communion with God, whether vocal, or purely mental. It includes both affirmative and invocatory prayer … [and] meditation …”

Many of the world’s religions started out imbued with the founder’s profound experience flowing from the realization of Oneness. Prayer practices embodied this relationship to what in a religious paradigm is called the Divine, Spirit or God. Prayer practice then is intimately connected with the creation of compassion within the practitioner. “This tradition was summed up by Gregory the Great at the end of the Sixth Century when he described contemplation [prayer] as the knowledge of God that is impregnated with love.” We should not be surprised to find compassion at the heart of the practice of prayer no matter what the context.

Knowledge of the history of prayer is not necessary for our purpose in this article. “This meaning of contemplation as the knowledge of God based on the intimate experience [feeling] of His presence remained the same until the end of the Middle Ages.” In other words, prayer as it is commonly practiced among Christians today did not exist prior to the 16th century. As humanity became enamored of the growing capacity of the human mind for what came to be called higher level thinking skills, “thinking” entered into the practice of prayer, and too much thinking as we know can muddy up the waters when “fishing” for awareness.

Prayer in Paradigm B

The definition of prayer in the context of P-B would, as we might expect, be significantly different from the definition we use in P-A. A conventional definition is “the act of offering reverent petitions to a divinity or an object of worship, generally accompanied with thanksgiving, confession and or adoration.”

Saying that prayer never works for most people in the world today is provocative. But isn’t that the whole point of Simple Reality?  In P-B, prayer too often is used to avoid responsibility and or reality. Buddha said “‘it is foolishness to suppose that another can cause us happiness or misery’—these are always the product of our own behavior and our own desires.”

Prayer can be an example of a reaction, the result of afflictive emotions and therefore, it can actually increase our suffering. “In periods of profound despair, the soul may break into petitionary, as opposed to contemplative, prayer (to Jesus, Mary, Kwannon, Allah, etc.): this need not be discouraged—it is prayer to one’s own higher Archetype.” Ken Wilber doesn’t want to discourage prayer driven by fear but we should recognize that it is a reaction and must ultimately be transcended if we want to stop self-destructive behavior and live in the Now.

“Prayer is the heart’s sincere desire, Uttered or unexpressed … it is the claim of the man to move the Infinite by the action of his own mind.” The mystic Thomas Troward should have known better, but when we get involved in improving the already perfect universe, we will be sorely disappointed and shouldn’t be surprised if our resistance to that perfection resembles suffering. The “Infinite” cannot and does not need to be “moved.”

Prayer in Paradigm A

And it shall come to pass, that before they call, I will answer; and while they are yet speaking, I will hear.    Isaiah 65:15

The insight of the prophet Isaiah says it all in that Creation is perfectly responsive to us if we can learn to be in response to our experience of that perfection. The Point of Power Practice then is the perfect prayer.

From his book Open Heart, Open Mind, we have the words of Thomas Keating regarding what he calls contemplative prayer.  “To act spontaneously under the Spirit’s influence rather than under the influence of the false self, the emotional programming [survival strategy conditioning] of the past has to be erased and replaced.”

Thomas Keating is a Cistercian priest, monk, and abbot. He teaches what he calls “Centering prayer” which he characterizes as being not so much an exercise of attention (being present) as one of intention. We have learned, however, that our intention, to be effective, must rest on the foundation of a new narrative (P-A) and the resulting new identity (True self). Otherwise, the false self will co-opt our practice no matter how well-intentioned.

Speaking of such things as visions and voices that can be associated with prayer and meditation which both Jesus and Buddha experienced in their respective temptations, “John of the Cross in The Ascent to Mt. Carmel considers every conceivable spiritual phenomenon from the most exterior to the most interior and commands disciples to reject them all.” Buddha does not equivocate, he advocates ignoring all such sensations as irrelevant distractions that will lead us out of the present moment into reactions.

Keating continues: “Still, it seems more accurate to reserve the term prayer in the Spirit, for that prayer in which the inspiration of the Spirit is given directly to our spirit without the intermediary of our own reflection [thinking] or acts of will. In other words, the Spirit prays in us and we consent. The traditional term for this kind of prayer is contemplation.”

Contemplation results in a response or feeling as defined in Simple Reality. “This meaning of contemplation as the knowledge of God based on the intimate experience of His presence remained the same until the end of the Middle Ages. Ascetical disciplines were always directed toward contemplation as the proper goal of every spiritual practice.”

“It may boldly be said that in prayer, the more love, the more power; and this is why people of developed spiritual perception take such constant pains to keep themselves free from thoughts of criticism and condemnation [reaction]. They know that they can have either their demonstration [response] or their indignation, but that they cannot have both.”

Gary Zukov emphasizes the key role that both “surrender” and “trust” play in the practice of prayer. “Take your hands off the steering wheel. Be able to say to the Universe, ‘thy will be done.’ The final piece of reaching for authentic power is releasing your own to a higher form of wisdom.”

Buddhists understand the importance of a context of Oneness and an attitude of thanksgiving as a foundation for a profound prayer practice. Kay Mieno Kato reminds us of Oneness and that any authentic practice of transformation would be universal. “We Buddhists do not pray. In the dictionary prayer is defined as petitioning to God. As Buddhists we give thanks to the understanding and realization of the inter-dependence and inter-relationship of the oneness of the whole.”

Bhagwan Shree Rajneesh tells us that Eastern religions have much to teach westerners about a healthy, life sustaining prayer practice. “But praying itself is such a beautiful phenomenon that who cares about the future and who bothers about the reward? That is greed, the idea of reward. Prayer in itself is such a celebration, it brings great joy and ecstasy, that one prays for prayers sake. One does not pray out of fear and one does not pray out of greed.”

If you patiently accept what comes, you will always pray with joy.
Evagrios the solitary

There are those like the 4th century monastic Evagrios, who fail to make a distinction between prayer and contemplation (meditation). Jiddu Krishnamurti (“I don’t mind what’s happening”) also seemed to think that as long as we are not reacting to our self-destructive behavioral conditioning, we would be in a continuous state of equanimity (prayer/meditation).

Larry Barber, writing in 1992 shows that the same insight is possible for the contemporary practitioner: “If we could live in unbroken communion with Spirit as an ongoing thread of daily prayer, we would rarely have occasion to ask for specific needs to be met.”  We can find the same understanding of what life in the present moment would look like in the Bible.

Pray without ceasing.   I Thessalonians 5:17

Recognizing that mental activity (thinking) and authentic prayer are mutually exclusive we can say that prayer or entering into the present moment is not so much the cessation of thoughts but a detachment from them. We recognize that our true identity is attained by transcending the activities of the delusional mind.

Combining the principles of Oneness with the perfection of Creation and concluding that we are not separate from that perfection, the inescapable conclusion is that we already are the recipients of a perfect experience of life. There is nothing to pray “for.”

All things that the Father hath are mine.    John 16:15
It is your Father’s good pleasure to give you the kingdom.   Luke 12:32
Your Father knoweth what things you have need of before you ask him.   Matthew 6:8

Prayer is an almost ubiquitous human activity. Many of us believe in it, that is to say, we believe it works. And indeed it does but not in the way we might think. Remember that prayer exists for most of us in the context of religion or faith or myth. Religion is an institution conceived, born and nurtured in the context of P-B. What that means is, as we have already seen in this book, conventional religion is an illusion. The inescapable conclusion, therefore, is that prayer as it is practiced in our global village today is an illusion.

The only profound and rational prayer is the prayer of gratitude expressed in the state of being in the present moment in which the gift of creation is celebrated. Other forms of prayer are anxiety-driven activities of the mind attempting to change that which is or to create that which is not. Prayer as a creative process requires “feeling” or “presence” to be successful. That only means we cannot pray (be present) and be in reaction at the same time. We ultimately reach a point in consciousness where we no longer need to change the world of form “out there.” We come to experience life in all its perfection.

If the only prayer you say in your whole life is ‘thank you,’ it would suffice.
Meister Eckhart