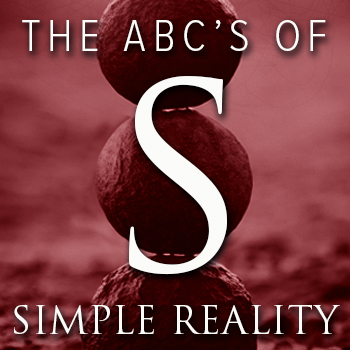 The millions are awake enough for physical labor, but only one in a million is awake enough for effective intellectual exertions, only one in a hundred million to a poetic or divine life. To be awake is to be alive. I have never yet met a man who was quite awake. How could I have looked him in the face?
Henry David Thoreau—Walden

We found the following description of Self-realization in A Course in Miracles. “It is a new thing entirely. There is a contrast, yes, between this thing and all the past. But strangely, it is not a contrast of true differences. The past just slips away, and in its place is everlasting quiet. Only that.”  To feel special in any way or to have unusual sensations is not Self-realization. Self-realization is simply to be present to what is, to stop resisting that experience, and what remains is the “feeling” of nothingness a sense of peace and serenity, that “everlasting quiet.”

Just how important is the attainment of this “everlasting quiet”? Vaclav Havel doesn’t mince words in his warning of what will happen if we continue to ignore our innate longing, to—in Emerson’s words—“be awake.” “Without a global revolution in the sphere of human consciousness, nothing will change for the better in the sphere of our being as humans, and the catastrophe toward which this world is headed—be it ecological, social, demographic or a general breakdown of civilization—will be unavoidable.”

Among the first if not the first American psychologist William James (1842-1910) said, “Our normal waking consciousness, rational consciousness as we call it, is but one special type of consciousness, whilst all about it, parted by the filmiest of screens, there lie potential forms of consciousness entirely different.”  Over a half century later Carl Rogers supported James’ intuitive observation. “Hard-headed research seems to be confirming the mystics’ experience of union with the universal.”

Self-realization must be preceded by right view or Simple Reality because as Dr. Roberto Assagioli observed, identity is all important. “Man can have the intuitive realization of his essential identity with the supreme Reality. In the East it has been expressed as the identity between the Atman and the Brahman. In the West some mystics have boldly proclaimed the identity between man and God. Others have emphasized that life is One, that there is only One Life.”  One story, One Mind, One humanity, One Creation, One, One, One—Oneness. That’s it!

We have contended elsewhere in this book that Self-realization is not complicated, difficult and can be experienced immediately. Dr. Assagioli has found this to be so if conditions are right. “There is another and higher condition in which the personal will is effortless; it occurs when the willer is so identified with the Transpersonal Will, or, at a still higher and more inclusive level, with the Universal Will that his activities are accomplished with free spontaneity, a state in which he feels himself to be a willing channel into and through which powerful energies flow and operate.”

C. G. Jung makes clear that all human beings have a built-in desire to seek wholeness. We could call this spiritual growth, the term we have been using, Self-realization, or Jung’s term “individuation.” Psychiatrist Kurt Goldstein believed that each person in the “gestalt” of P-A was more than the sum of his parts. “Goldstein posited that all human beings have an innate instinct to grow and to achieve their potential. He called this the drive for ‘self-actualization.’”

C. G. Jung wrote extensively about Self-realization or individuation. “Individuation means becoming an ‘individual,’ and, in so far as ‘individuality’ embraces our innermost, last, and incomparable uniqueness, it also implies becoming one’s own self. We could therefore translate individuation as ‘coming to selfhood’ or ‘self-realization.’ Self-alienation in favor of the collective corresponds to a social ideal; it even passes for social duty and virtue, although it can also be misused for egotistical purposes. Self-realization seems to stand in opposition to self-alienation. This mis-understanding is quite general, because we do not sufficiently distinguish between individualism and individuation. Now in so far as the human individual, as a living unit, is composed of purely universal factors, he is wholly collective and therefore in no sense opposed to collectivity.”

In Simple Reality we often use the metaphor of a “sleepwalker” to indicate the universal human condition. How appropriate or accurate is that image? “Life that just happens in and for itself is not real life; it is real only when it is known. This does not mean that the self is created, so to speak only during the course of life; it is rather a question of its becoming conscious. The self exists from the very beginning, but is latent that is, unconscious.”

What is the process by which the average person can wake up? “Whoever progresses along this road of self-realization must inevitably bring into consciousness the contents of the personal unconscious, thus enlarging the scope of his personality. The total material that is added to consciousness causes a considerable widening of the horizon, a deepened self-knowledge which more than anything else, one would think, is calculated to humanize a man and make him modest.”  Read the article in this encyclopedia on the “Shadow” to understand in more detail why repressed unconscious content must be integrated into consciousness.

“The goal which beckons to this psychic need, the image which promises to heal, to make whole, is at first strange beyond all measure to the conscious mind, so that it can find entry only with the very greatest difficulty. Of course it is quite different for people who live in a time and environment [worldview] when such images of the goal have dogmatic validity. These images are then held up to consciousness, and the unconscious is thus shown its own secret reflection, in which it recognizes itself and so joins forces with the conscious mind.”

The article in the encyclopedia on “Projection” would further clarify how the content of the shadow is reflected in the mirror of the object upon which we project the unwanted aspects of our rejected “self.”

Is this goal of Self-realization a possibility for the average person? Jung expresses a Christian response to our question but, of course, this capacity for transformation and transcendence is available to all humankind. “‘He who believes in me, will also do the works that I do; and greater works than these will he do, [John 14: 12]’ and, referring to the sixth verse of the Eighty-second Psalm, ‘I say, You are gods, sons of the Most High, all of you,’ he added, ‘and scripture cannot be broken.’”

We have assigned the intellect a minor role in Self-realization, one that is subordinate to our intuition. Jung agrees observing that “one never possesses a metaphysical belief but is possessed by it.  The worldview shift from P-B (dualism) to P-A (Oneness) is natural and intuitive. “[In] the evening of a long and eventful life a man will often see immense vistas of time stretching out before him. Such a man no longer lives in the everyday world and in the vicissitudes of personal relationships, but in the sight of many aeons and in the movement of ideas as they pass from century to century.”

Jung recognized the influence of a wholistic worldview. “Since the individual is not only a single entity, but also, by his very existence, presupposes a collective relationship, the process of individuation does not lead to isolation, but to an intenser and more universal collective solidarity.”

Again, in imagery from the Christian myth, Jung emphasizes the interconnection among all of the elements of Creation. “[Man] is immersed in the pleromatic [divine nature, abundance] process. He becomes, as it were, baptized in it and is made to participate in the divine quaternity (i.e., is crucified with Christ). That is why even today, in the rite of the benedictio fontis, the water is divided into a cross by the hand of the priest and then sprinkled to the four quarters.”

“A fourth [after the Trinity] and largely ignored symbol is the first Son or the fallen angel; he is eternal and autonomous. He is the Antichrist; it is the opposition between the trinity and the first Son that makes a whole. This symbol is the realization of evil that completes the self. Individuation requires the realization of the shadow as a part of one’s personality and the integration of it into one’s consciousness. Religion is the revealed or dogmatic way to individuation; it is a formalization of preconscious knowledge valid for the unconscious even if our intellect does not grasp it.”

Jung affirms the basic behaviors of The Point of Power Practice in both integrating the shadow and Self-realization. In his many years of working with the mentally ill, he found that: “1) that patients do not solve the problem but outgrow it, i.e., arrive at a new level of consciousness; 2) that a new potential was discovered stemming either from an outer happening or inner experience [insight]; 3) that this new potential was uncovered only by letting things happen [response], i.e., allowing the fantasy function free reign so that the conscious mind can develop a new attitude towards the activity of the unconscious. [We would call this a paradigm shift, i.e., a shift in attitudes, beliefs and values if it is indeed a profound change.] Western man is again cautioned to avoid denying his own heritage in favor of the Eastern solution or turning back to the medievalism of the Christian Church; the search is directed to discovering one’s inner integrity [True self].”

“The greatest obstacle, however, is considered to be the individual’s fear of discovering himself, particularly in the realm of the unconscious.”  “Civilized [conscious] man develops consciousness by the acquisition of knowledge and withdrawal of [shadow] projections recognized as psychic contents to be integrated into the psyche.”

“It is considered essential that he recognize the shadow side in order to promote real human relationships between individuals and inner cohesion within society. It is concluded that reason alone is not sufficient for accomplishing this task; a deeper self-knowledge, encompassing the entire psyche is required.”

In summation humankind must find the courage to overcome deep-seated fears based solely on the illusions found in P-B. We fear the imagined threats in the dark which vanish in the light of our growing awareness. The supportive context of Oneness, arrived at through the Great Insight, can be achieved by our intuitive inner wisdom, supported by the intellect. And finally, we express our True self by embracing our alienated shadow, the other and the entirety of Creation. When we cease resisting the true story, our true identity and our naturally compassionate behavior, only then will we realize our True self.