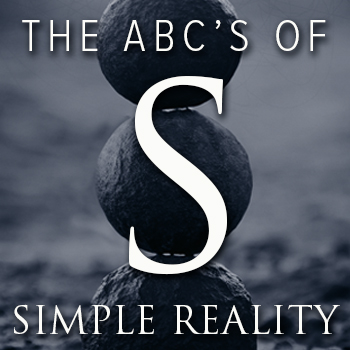 Ego is the self-consciousness which arises when the mental organ identifies itself with the body.

The interwoven elements of the tapestry of the self are mutually interdependent and interrelated and a reciprocating dynamic has them all swirling about in an unconscious dance. The ego, the shadow, the false-self all doing the do-si-do with the various defense mechanisms, complexes and neuroses in a mesmerizing square dance, directionless, with no caller—bouncing off one another, shoving and shouting—angry and afraid they continue to swing and sway ever more violently. This is the unconscious self, lost in time and space, desperately trying to hear the music of life, to sense the rhythm of the universe. But, alas, the crude senses were not made to feel the subtle and joyous music which can only quicken the heart of an awakened soul.

The Buddhist worldview regarding the self tends to be very succinct as demonstrated by Walpola Rahula. “This soul or self in man is the thinker of thoughts, feeler of sensations, and receiver of rewards and punishments for all its actions good and bad. Such a conception is called the idea of self.  It is the source of all the troubles in the world from personal conflicts to wars between nations. In short, to this false view can be traced all the evil in the world.”

Seth rescues us from the rather dark beginning in this article as “he” erases the shadow of fear with the light of truth. “[You] are not at the mercy of unconscious events. You have the body’s innate wisdom behind you and it will always try to correct your errors.”

Seth goes on to make the distinction between the self, what we call the false self, and the Self, which we call the True self. “A group of cells forms an organ. A group of selves forms a soul. I am not telling you that you do not have a soul to call your own. You are a part of your soul. It belongs to you, and you to it. You dwell within its reality as a cell dwells within the reality of the organ. The organ is temporal in your terms. The soul is not.”

“The cell is material in your terms. The self is not. The entity then, or greater self [Self or True self], is composed of souls. Because the body exists in space and time, the organs have specific purposes. They help keep the body alive and they must stay ‘in place.’ The entity has its existence in multitudinous dimensions, its souls free to travel within boundaries that would seem infinite to you. As the smallest cell within your body participates to its degree in your daily experience, so does the soul to an immeasurably greater extent share in the events of the entity.”

“You possess within yourself all of those potentials in which consciousness creatively takes part. The cell does not need to be consciously aware of you in order to fulfill itself, even though your expectations of health largely influence its existence, but your recognition of the soul and entity can help you direct energies from these other dimensions into your daily life.”

“The deep portions of your own being are aware of those purposes and intents that are uniquely yours. Unconsciously, then, you have within you what you might think of as a set of blueprints for the particular kind of physical reality you want to materialize. You are the architect.”

“It is the acceptance of your individuality in flesh. Basically, it is a spiritual, psychic, and biological necessity, and represents your appreciation of your singular integrity.”

Notice how similar Buddhist Reginal Ray’s explanation of the self is to that of Seth. “This space, in which there is openness and awareness but no ‘self’ of any sort, is our most elemental being, what we most fundamentally are and have always been. The ‘self’ is a mistaken idea, but we repeatedly call this idea up and cling to it stubbornly because the experience of open space, of nonexistence, is intolerable for us. Thus we seek to tame the wild, boundless emptiness and energy of our primordial nature by putting labels on it, applying some kind of logic to it, and setting it within the storyline of our ‘self.’ Our ‘self,’ then, is not a continuous entity but rather a vagrant and inconsistent visitor to our field of awareness. It is, in essence, an impermanent idea that we must continually reinvent and reaffirm in order to be able to maintain the fiction of a substantial ‘I’. And thus it gives the impression of being a safe haven to which we may retreat from the unpredictability and limitlessness of experience.”

Robert Johnson represents the point of view of a psychologist on why identifying with the self is a bad idea and what to do about it. “For a modern man it is midlife crisis or, worse, a nervous breakdown; or still worse physical suicide. The process can be summed up in one sentence: it is the relocating of the center of the personality from the ego to a center greater than one’s self. This superpersonal center has been variously called the Self, the Christ nature, the Buddha nature, superconsciousness, cosmic consciousness, satori, and samadhi. This relocation appears to be death when viewed from the perspective of the ego. The ego loses its supremacy and goes through a short time of violent suffering.”

“When someone threatens suicide at this time, I caution him that he must be careful to do it without harming his body. The relocation of the center of the personality is a form of suicide, and it’s best done voluntarily by the ego. Meizumi Roshi, a Zen master in Los Angeles, once said, ‘Why don’t you die now and enjoy the rest of your life?’”

“There is a story about this process in Shakespeare’s King Lear. Gloucester, who has been cruelly blinded and shorn of all his worldly possessions, power, and family, is wandering in misery on the dark, wet moorlands of England. His loyal son, disguised as a peasant boy, has come to protect him. Gloucester begs the peasant boy to take him to the cliffs of Dover so that he might hurl himself off and end his misery. His son takes him to the center of a field and convinces the suffering old man that he is on the edge of the cliff, and Gloucester hurls himself over the ‘edge’ only to land in the middle of the field in which he was standing. But so great was his suffering that he thinks he has gone over the cliff, and so now stands up enlightened and relieved of his suffering. He recognizes his son and utters some of the most sublime lines in literature. Gloucester did his ‘suicide’ correctly.”

“Jung believed that the psychological goal of human life is gradually to recenter the personality from the ego to the Self. Describing this process, he wrote, ‘Although it is able to preserve its structure, the ego is ousted from its central and dominating position and thus finds itself in the role of a passive observer who lacks the power to assert his will under all circumstances. In this way the will gradually subordinates itself to the stronger factor, namely to the new totality figure I call the Self.’”  Employing The Point of Power Practice to accomplish what Jung has described works very well for shifting our identity to the True self.