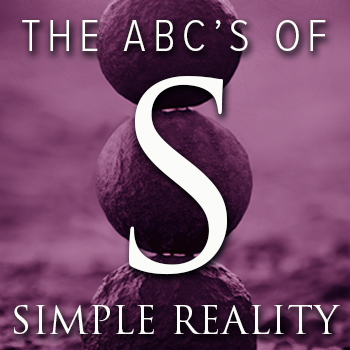 The psyche is held to be no more explainable than life.
Carl Gustav Jung

“Both the Platonic and Aristotelian notions of the person—the knower of the subject of experience—stress the soul as the locus of identity. St. Augustine ‘the Christian Plato’ brought Plato’s understanding to the Church. As an intellectual substance, a being capable of contemplative or mystical wisdom, the soul achieves, with the aid of grace, its fulfillment. Many of us—maybe all of us, whether we realize it or not—glimpse this ultimate satisfaction, this blending of the intellect and the heart, in the creative act: a work of art, a poem, a piece of music, or the act of truly understanding something. The philosopher Spinoza was suggesting this experience when he spoke of the intellectual love of God. The highest kind of knowing unites love and knowledge: It is more than love, because vivified by the intellect, and more than reason, because expanded by love.”

We can begin to see what Jung suspected that the soul is not “explainable” but in both the West and the East we keep trying. “Buddhist ‘soul’ is energy itself, something which always was, without beginning or end, so there is no permanent human ‘soul’ or ‘self.’ This ‘soul’ or entity or spark of energy is a continuity of Karma, the natural law of cause and effect not a separate thing, or creation, but a part of the Whole, the All.”

Two attributes of the soul that seem to show up among the contexts of religion, psychology and philosophy is that it is eternal and an inseparable part of the Oneness of Creation. “The term ‘soul’ is not used except in direct Biblical quotations because of its highly controversial nature. It would, however, be an equivalent of ‘spirit,’ with the understanding that, being of God, it is eternal and was ever born.”

Deepak Chopra sees the soul as “the junction point between my virtual self and my physical self. It is the organizing intelligence that keeps me intact. This is an exceptional feat, given that every atom of my body is pure empty space with flashes of energy passing through it for no more than a few millionths of a second.”

Now we give the floor to the discipline of psychology and the brilliant theorist who said that the soul could not be explained. Among the things that Jung said of the soul were:

“Second, soul manifests itself, and the unconscious, by means of symbols: the images that flow from the unconscious in the form of dream, vision, fantasy, and all forms of imagination. [Symbols are the language of the soul.]”

“Third, for men, the symbol of soul is the image of woman. If a man is aware of this and knows when he is using the image of woman as the symbol of his own soul, then he can learn to relate to the image as symbol to live his soul inwardly. When a man understands that the image is his, that it ‘belongs to him,’ then he has taken the first step toward consciousness in romantic love.”

“Intuition or soul—anima literally means ‘soul’ in Latin. “He [Jung] discovered that each person’s psychological structure includes an independent ‘religious’ function. This does not mean there is a need necessarily to follow a particular creed or dogma. But it means that each human being comes with an inborn psychological urge to find a meaning in life.”

“Because she is his greatest danger she [the anima] demands from a man his greatest, and if he has it in him she will receive it. Jung’s psychology leads us back to soul as a concrete reality, capable of being known, described, and experienced with immediacy.”  If Jung was reluctant to try defining the soul, Robert Johnson had no hesitancy in using Jung’s own observations to do so.

David Hawkins is not known for either reluctance or a lack of fluency in describing the nature of Simple Reality as he understands it. “By analogy we could say that the soul, united with a physical body or not, is somewhat like a small particle within an electromagnetic field. The attractions and repulsions of the particle depend on its size, charge, polarity, and its position within a larger field, which includes gradations of energy, power and different qualities to which the particle would be attracted or repelled. All possibilities and eventualities are therefore a reflection of the state of consciousness or level of evolution of the individual within the All. It is inescapable because the individual is an essential ‘part’ of the All. One could say that each level of consciousness is represented in the field as an ‘attractor,’ as in chaos theory.”

“This design is observable in everyday life in human interaction with its likes and dislikes, along with its attractions and repulsions [including responses and reactions] as expressed in lifestyles, occupational choice, social behaviors, habits, frailties, strengths, and group identifications.”

“We’re really talking about the difference between spirit and soul here. The path of the spirit is straight and upward. The path of the soul is crooked, downward and disturbing. The soul’s road is the road of initiation into manhood as well. Our purpose is not to be ‘good’ but to be real, to know darkness, the via negative, not to be naïve and innocent. Initiation means knowing what we’re capable of, our limits, our desires. That is often painful knowledge to acquire. But we are only capable of responsibility and wise choice when we are aware of those factors. So most of us pretend to be wholly good. But being good just isn’t good enough, but we still don’t want to undergo the death. We want to change without being changed—sort of remodeled for that ‘new look’ but without the muss and fuss and ego-dystonic decompensation that a complete change brings.”  In short, we are loathe to give up our false-self survival strategy and the pursuit of plenty, pleasure and power and to do the commited work of choosing response instead of reaction.