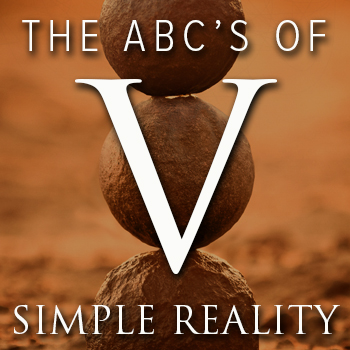 Oh! If I Could Just Become a Legend

A value is a principle, standard, or quality considered worthwhile or desirable. Values are created when we choose our worldview since our worldview determines our identity. In P-A, we will value compassion and Oneness because they will be foundational to our belief system. Self-destructive behaviors will no longer make sense and will gradually fade away as the values of Simple Reality support response instead of reaction.

Now it is time to look at identity in more detail.

It is essential that the student acquire an understanding of and lively feeling for values. He must acquire a vivid sense of the beautiful and of the morally good. Otherwise he, with his specialized knowledge more closely resembles a well-trained dog than a harmoniously developed person.
Albert Einstein

We can evaluate the relative health of a community by whether its beliefs, attitudes and values are life affirming. Taking more than one measurement over time may also indicate in which direction a community’s values may be trending, that is to say, toward increasing sickness or toward awakening and healing. The following behaviors unfortunately are not cause for optimism.

Columnist Petula Dvorak asks the pertinent question: “What do you think kids want most in life today? Money? Marriage? Adventure? A cool job? Spiritual fulfillment? Nope.” Generation Y according to a study by psychology professors at UCLA, rank “fame” as the number one value. We can assume they mean more than the “15 minute” duration allotted to the rest of us. This is something of a recent shift.

In 1997 the top 5 values among the young were community feeling, benevolence (being kind and helping others), image, tradition and self-acceptance. Good values and what’s encouraging is that compassion is on the list.

In 2007, a similar study by UCLA, found that the top five values emphasized in television shows popular with children were fame, achievement, popularity, image and financial success. We  know that both of these lists reflect the influence of the false self and the values of the adult community. Studies like those at UCLA give us a snapshot in time of an evolving P-B narrative. The lists, therefore, will always indicate predominantly unhealthy choices. “In 2007, benevolence dropped to the 12th spot and community feeling fell to the 11th.”

Even though the three boys were locked up and face the serious charge of possession and distribution of child pornography, there are some who think they have achieved that all-important goal. A commenter on the website “Jesus Phreak” wrote that the three boys’ bad behavior was, “Pretty epic. These kids will be legendary at West Springfield for years to come.” Who could possibly want more than that?