We Can Do This

I am not writing for the applause of the moment,
but for all time.
Thucydides 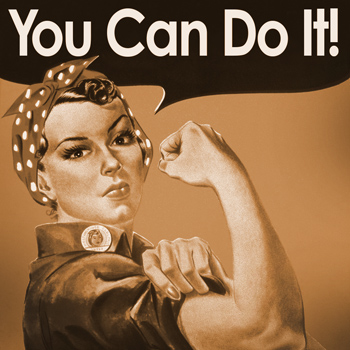 The great chronicler of the Peloponnesian War between Athens and Sparta (431-404 B.C.E.) was committed to objectivity. However, objectivity is not possible in a world based on illusion. His so-called objective truth was simply not as Thucydides perceived it any more than the shimmering mirage of water exists on the hot highway in August.

In our own time the following authors, sociologists rather than historians, were nevertheless committed to describing what they perceived and believed was happening in the American community. As we shall see, they did not have any more objectivity than did Thucydides. Something was indeed going on in Ancient Greece, but the unconscious human false self, assiduously committed or not, was not capable of knowing what that was. Nothing has changed in the interim. Something is happening in 21st century America, but we would be hard pressed to find many who know what that is.

During the 1950’s several observers of American culture had insights into what they thought explained American behavior. “In The Lonely Crowd, published in 1950, David Riesman saw the emergence of “other-directed” patterns of social behavior, as different from the “inner-directed” patterns of earlier years.”  Whatever patterns Riesman saw or imagined, he did not see anything remotely resembling authentic “inner-directed” behavior in an unconscious America. We are still searching for a connection to our inner wisdom found in the present moment. What Riesman would have had no trouble finding would have been delusional behavior patterns labeled the “Protestant work ethic,” “rugged individualism,” and “American exceptionalism.”

William H. Whyte Jr. continued the examination of American manners and morals and unwittingly offered descriptions of how the bewildered and lost false self was behaving. What he was describing was how the collective unconscious in the U.S. determined the identity and behavior of Americans. In his book The Organization Man, he concluded “that representative Americans … were becoming mass-organized conformists whose standards were not fixed or fundamental, but were shaped by shifting circumstances to those of their neighbors and business associates.”  What Whyte’s myopia and lack of awareness blocked him from seeing was that mass conformity had always been the basis for human behavior in human communities since those communities were first formed.

It is a natural (but unhealthy) reaction even for sociologists to project blame on the other for what they see to be self-destructive human behavior. Just as political parties scapegoat “big government” today, “big business” provided a popular target for human suffering sixty years ago. Sloan Wilson’s The Man in the Gray Flannel Suit (1955) spread anxiety about loss of autonomy in the workplace. “American men eager for success, for instance, wore gray flannel suits (or uniforms) … and complied with regulations, prescribed by the large, paternalistic business corporations that controlled their futures.”

Sociologists as analysts seeking the truth of human behavior are as prone to projection as are the rest of us. They imagine causes or project their anxieties and prejudices onto the rest of us and those seem to explain behavioral trends in American society. For example, Logan Pearsall Smith defining “culture” missed a “defining” characteristic of reality itself although he unwittingly named it. “The indefatigable pursuit of an unattainable Perfection, even though it consist in nothing more than in the pounding of an old piano, is what alone gives meaning to our life on this unavailing star.”  As long as we believe “perfection” to be unattainable it will be. Fish swimming in the ocean are unaware of and unappreciative of the perfect environment that nature has given them.

Those of us examining our community from the perspective of P-A see a much more hopeful future for America than the “chicken little” alarmists who fear the chaos of a collapsing global community. That hopeful future is possible only if we as a community decide to choose the True-self as our identity rather than the false self that academics, philosophers and some religious leaders are partial to. Optimism itself is also a choice as many of our insightful sages, who provided the content in the Simple Reality Project, have clearly indicated. The evidence for perfection is all around us, we are swimming in it.

See the related articles found in the earlier books of the Simple Reality Project:

Many if not most of the intelligent and educated Americans are unable to distinguish illusion from reality. And yet we have reason for optimism regarding the creation of a sustainable community. The shattered paradigm that makes up the worldview of most Americans and our false-self identities derived from that delusional paradigm would seem to indicate that self-destructive behaviors will continue into the foreseeable future. True enough, however, just the existence of the choice available to all of us holds out the possibility of a change in direction. That choice is always being made by those more enlightened and insightful fish swimming right next to us, we simply are too lacking in awareness to see it. The life-enhancing principles of Simple Reality are nurturing people everywhere in the global village every moment of everyday.

Why can we do this, this in-our-face challenge of waking up? For two reasons. First because we have the innate ability, the inner wisdom to guide us; and secondly, because it is not difficult. Waking up is not so much about doing as not doing; it is about choosing not to do a self-destructive thing and letting the healthy behavior naturally happen. True, we must learn discipline and self-restraint but we can all support each other in doing that. In fact many of us are doing that already and are consciously expressing an alternative future for all of humanity.