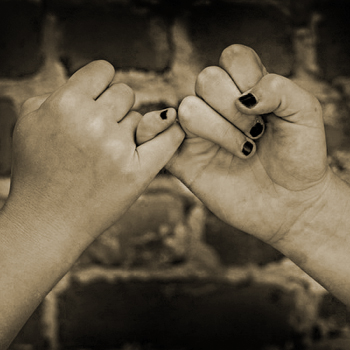 The musical “South Pacific,” based on James Michener’s book, has a song lyric about a “cockeyed optimist” who is “immature and incurably green.” Or we might say “sentimental” or “nostalgic” when it comes to looking back at human history. What about looking forward into the future of the human community? Is their cause for optimism?

Angus Deaton in his book The Great Escape: Health, Wealth, and the Origins of Inequality seems to think that things are getting better and will continue to improve for the inhabitants of the Global Village. In fact, he thinks that things began to improve for humanity in the 18th century with the Enlightenment. This was when it could be said that humans began to think rationally and began to transcend dogma and superstition. Is he right? Are things looking up for humankind?

“Life expectancy has risen a stunning 50 percent since 1900 and is still rising. Despite the resulting population explosion, the average quality of life has surged. The share of people living on less than $1 a day (in inflation-adjusted terms) has dropped to 14 percent, from 42 percent as recently as 1981. Even as inequality has surged within many countries, global inequality has very likely fallen, thanks largely to the rise of Asia. ‘Things are getting better,’ he [Deaton] writes, ‘and hugely so.’”  Things seem to be getting better for most of the people on earth who can look forward to a better quality of life. The operational word in that last sentence is seems.

In the global village where self-delusion is universal it is not a good idea to make decisions or solve problems based on what appears to be happening rather than on what is actually happening. In his book, Deaton has focused on long-term historical trends. If he is correct, then people in general would be expressing more satisfaction, happiness and peace of mind. Are they?

People in the U.S. should be enjoying the benefits of prosperity and technology. Right? “It has long held true that elderly people have higher suicide rates than the overall population. But numbers released in May by the Centers for Disease Control and Prevention show a dramatic spike in suicides among middle-aged people, with the highest increases among men in their 50’s, whose rate went up by nearly 50 percent to 30 per 100,000; and women in their early 60s, whose rate rose by nearly 60 percent (although it is still relatively low compared with men, at 7 in 100,000).”  Of course, we must look more broadly at other behaviors before we can draw any general conclusions.

“Compared with their parents’ generation, boomers have higher rates of obesity, prescription and illicit drug abuse, alcoholism, divorce, depression and mental disorders. As they age, many add to that list chronic illness, disabilities and the strains of caring for their parents and for adult children who still depend on them financially.”  Our conclusion? The quality of life in America is getting worse not better and the rest of the world is the same differing only in the details. In other words, the future is bleak unless we begin to make some changes—profound shifts, not cosmetic changes.

Trust is an all-important component of our belief system that influences quality of life for those in a community; without trust, change is difficult. The more people we believe to be the other, or less human or less trustworthy than we are, the less compassion we feel for them and the more threatened we are by them. Acceptance and compassion must be growing in any community that expects to have a future worth living. One name that sociologist have for this quality in a community is “social trust.”

In a healthy forward-looking community people are willing to work with and trust those who are different from them. Any community that is going to have a successful future must see all members of the community as essentially the same and all will work in harmony for the common good.

Unfortunately, in America, trust and harmony are decreasing. “For four decades, a gut-level ingredient of democracy—trust in the other fellow—has been quietly draining away. These days only one-third of Americans say most people can be trusted. Half felt that way in 1972, when the General Social Survey first asked the question.”

Central to understanding whether a given society is making progress is how people behave towards each other in general. We have learned that a key measure of human behavior is the ratio of responses to reactions. In a community that is making progress toward enhanced mental and physical health community members will be more responsive or compassionate toward one another. April K. Clark, a Purdue University political scientist and public opinion researcher describes the role that trust has in a community. “‘It’s like the rules of the game,’ Clark said. ‘When trust is low, the way we react and behave with each other becomes less civil.”  Civility in America, unfortunately, is on the wane.

If there is cause for alarm in the U.S. as we make our descent toward chaos, there are societies farther down that slippery slope and they in a sense are giving us a preview of our own darker tomorrows. We want desperately to believe things can and are getting better within nations that seem to have made promising beginnings at solving long-standing problems. We will use India as an example of the wishful thinking that only prolongs our acceptance of the truth.

Those of us prone to grasp at straws to alleviate our anxiety are susceptible to delusion and denial. We are quick to look at the success of India’s elite and project that upon the Indian society as a whole. They have their “gated communities” just as we in America do. The so-called green zones are where Indian professionals mimic a first world economy behind walls and security checkpoints.

For example, the Hiranandani brothers who are billionaire real estate developers, are behind the Contractor project in Mumbai. It houses more than 15,000 people, offices for more than 150 companies and includes its own schools, hospital and recreational facilities. “At Hiranandani Gardens, you can almost forget you’re in a nation where 300 million people lack electricity. You certainly don’t have to worry about bathroom lines. Inside Hiranandani Gardens—taking a meeting at Colgate Palmolive, including lunch at Pizza Hut—there is little, save the auto-rickshaws buzzing down Technology Street, to remind you that you’re even in India. And that is precisely the point.”  Hiranandani Gardens like many such projects around the world are merely houses of straw waiting to be blown away by the tornadic winds of reality.

Those winds of reality are driven by the human false self and its lust for plenty, pleasure and power. In Delhi beginning in 2000 the false-self survival strategy was much in evidence, corruption was rampant. “The land grabs and corruption-as-usual that became so blatant … the extension of the power of elites at the cost of everyone else, the conversion of all that was slow, intimate and idiosyncratic into the fast, vast and generic—it made it difficult to dream of surprising futures any more … even as people made more money, things made less sense.”

Even though the approaching “future” chaos may appear to be happening in different ways in different parts of the world it is all part of one systemic expression of unconsciousness. Both the slum dwellers and the elite are trapped in a narrative in which only the details of their suffering and self-destruction differ. Not only is progress of any kind on our planet an illusion, the very concept of any “future” is a gross self-deception. More on that in a moment.

Back to one last glimpse of Mumbai. Jean Dreze and Amartya Sen in their best seller An Uncertain Glory: India and Its Contradictions, reveal that it is not first-world capitalism that will save India from chaos. “‘There is a real need for pragmatism here,’ they write, ‘and to avoid both the crushing inefficiency of market denial … and the pathology of ideological marketization.”

Remember our operational word in our desperate search for a positive future—the good news is perhaps not what it seems—and what we should be searching for is the truth. The elite appear to be doing well in Mumbai or in Delhi but they are inseparably connected to the rest of the people in India, their walls and malls notwithstanding. Dreze and Sen are the realists. “They show that, leaving aside per capita income, which has grown impressively, India is actually falling behind its neighbors in South Asia—never mind America, Europe and China—in every social indicator that matters, from literacy to child malnutrition to access to toilets. In fact, large numbers of Indian primary-school students are unable to write a simple sentence or do basic arithmetic.”  Inescapable conclusion: Americans and Indians are in the same boat heading toward the Niagara Falls of our collective future. But in this essay we are saying that we have no future. What do we mean by that?

The examples of human behavior we have used are the universal expression of the pursuit of plenty, pleasure and power by individuals with their false-self identities. These behaviors are reactions to the shame, guilt and regret as they imagine themselves in the past or reactions to an imagined future that is causing them anxiety. The problem with these very common reactions is that they are not occurring in the present moment which is the only time and place where our lives can happen.

There is no future for humanity because nothing happens in an imagined future, it only happens in the Now. We either learn to choose to stop resisting our life, our experience, by responding to what is happening or we can unconsciously choose to flee from what seems to be happening into a non-existent past or future and spend our lives asleep. Ironically, the only future we have is the experience we choose to create in the present moment. The good news is that we don’t have to wait for that future, we can create it NOW.